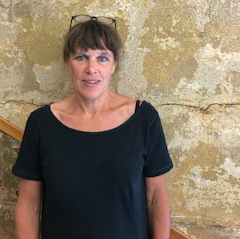 As Senior Producer at Artsadmin, Nicky Childs has been an integral part of the team involved with the development of the organisation over the past 30 years. Having established their base at Toynbee Studios in London’s East End, Artsadmin is now a national resource; producing, developing and providing vital support for contemporary artists.

Nicky has produced a huge range of projects by artists on the cutting edge of dance, performance, theatre and visual arts both nationally and internationally. Varying in scale and context these have ranged from touring and one-off commissions to site-specific, participatory and socially-engaged projects working in collaboration with theatres, galleries, festivals, schools and other educational institutions.

Nicky has also coordinated small festivals; produced artists books and catalogues and has partnered on several EU funded networks and initiatives (Bamboo/Create to Connect). She has been on numerous boards including IETM and Forced Entertainment and is currently on the board of London based organisation ID (Independent Dance).