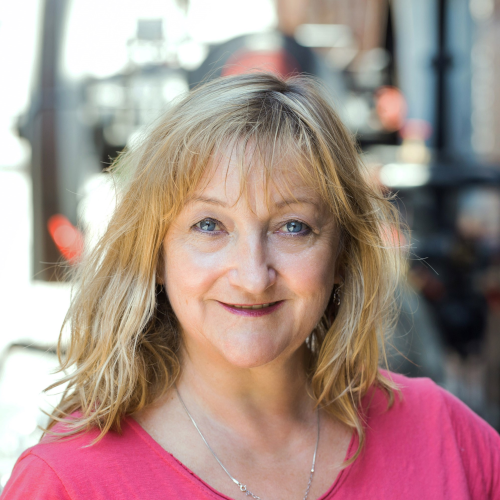 Nevenka Koprivšek was trained at Ecole Internationale de Theatre Jacques Lecoq in Paris. She started her professional career as actress then theatre director. She was artistic director of Glej Theatre (from 1989 to 1997), which is one of the first experimental theatres in Ljubljana. In 1997 she has established a new independent organization BUNKER and since then has been acting as the company’s director. Bunker creates artistic programs that reflect on social, ecological, political or cultural issues, organizes educational programs and two contemporary performing arts festivals: Mladi levi in Ljubljana (this year it celebrates the 20th anniversary) known for it’s social and political engagement and Drugajanje (with and for young audience) in Maribor. Since 2004 Bunker is also managing Stara mestna elektrarna, an Old power plant converted into performing arts center, which gives home to many independent companies and festivals, platforms for research and debate and is strongly encored in local community.

Nevenka was involved or is co-founder of many international networks and cooperation projects, such as IETM, JUNGE HUNDE, DBM, BALKAN EXPRESS, THEOREM, IMAGINE 2020, SOSTENUTO, URBAN HEAT and CREATE TO CONNECT. She was on advisory board of Euro-Mediterranean Anna Lindth foundation and co-founder of Fond Roberto Cimetta and was on the board of Assemblée des Citoyens et Citoyennes de la Méditerranées. She is occasionally writing, researching and lecturing. Recently she is teaching at School of Arts at the University of Nova Gorica. Nevenka is advising on different issues of programming and cultural policy.

Nevenka is also perusing her interest in movement analysis, she is certified practitioner and active teacher of Feldenkrais method of awareness through movement.

Awards:
Ljubljana, 2003, City if Ljubljana, a Municipal award for special achievements in culture