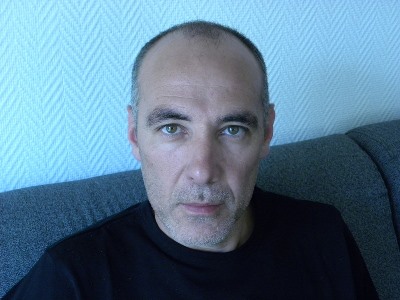 Frédéric Mazelly, Artistic Director for the Parc and the Grande halle de la Villette, has been running the cultural season of La Villette since 2007.  He particularly pays attention to the young international Creation in performing arts and actively seeks to encourage creative works.
As Project Manager-Programmer at la Villette between he has been the project initiator of the festivals 100 Dessus Dessous (dance, theatre and performances), Villette Sonique (musiques actuelles), Villette Numérique (digital and electronic arts), and o outdoor projects oriented to fine arts and world music with Scènes d’Eté.
He has been an active member of the European networks Junge Hunde and IETM, today of Create to Connect.
Former administrative and artistic director of the Théâtre de Châtillon, he graduated in economics and studied lyric singing at the Paris Conservatoire.