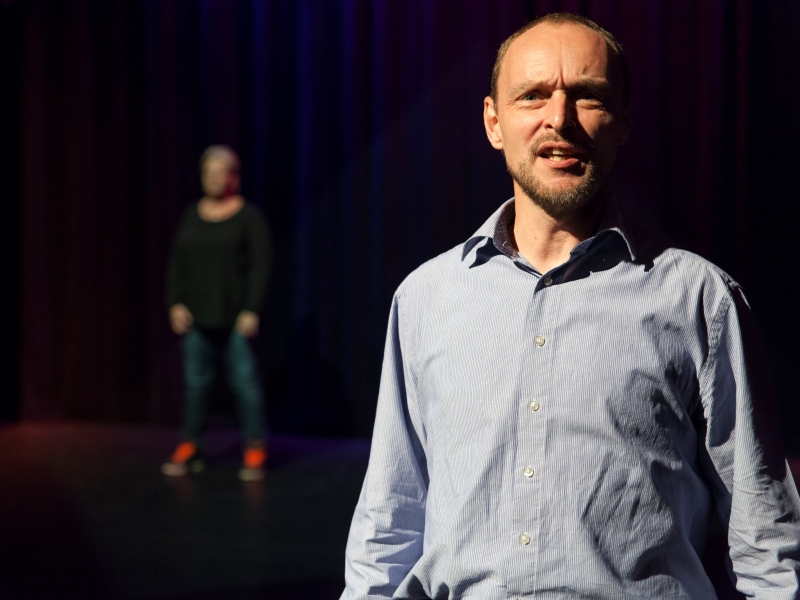 In Dark Numbers, we meet four former UN soldiers from the Dutchbat III, the Dutch peacekeeping battalion. Together with director Tea Tupajić, they offer insight into one of the darkest chapters in modern European history.

During the Bosnian war of the 1990s, Dutchbat III was sent to protect the Muslim enclave in the designated UN safe zone of Srebrenica. But on July 11th 1995, Bosnian Serb forces under General Mladic sieged the town. Under the pretense of evacuating the population, women and children were sent away on buses, and Mladic assured the UN that the remaining boys and men were safe, and would soon follow. Shortly after, on July 21st, Dutchbat III left the enclave. As in Rwanda the preceding year, the UN withdrew and more than 8000 Bosnian Muslim men and boys were killed in the days that followed.

The judicial proceedings on what happened are still in progress. A genocide. They deal with facts and formal definitions. Art may offer alternative answers to the terrors of war. “There is something which interests all of us” – the director said when she started working with the veterans in this performance. “And that is; why did you leave? Was it because our lives had less value? Was it the chain of command, that you predicted the terrors; you reported them to the commander, he reported to the UN, but no-one came? Did you feel helpless, or were you just scared?” In Dark Numbers the Dutchbat veterans share their story. What images keep them awake at night?

Aftertalk – Tea Tupajić and the Dark Numbers performers in conversation with Vibeke Koehler; March 22 at 9.30 p.m.

After the first performance of Dark Numbers, we host an artist talk with Tea Tupajić and her collaborators, moderated by Vibeke Koehler. Koehler currently works as a workshop facilitator and project developer. She has previously served as a dramaturg and assistant director, script developer and narrator. She is educated in Arabic and theatre studies at the University of Bergen, and is about to publish a book.

When Tupajić was in Bergen last autumn, local performing arts critic Rania Broud conducted an in depth interview with her. Prior to the performance both days, we invite you to collectively listen to the podcast version, with an unknown number of soft mats scattered throughout Gråsonen. The lights will be out, and the space utterly dark.