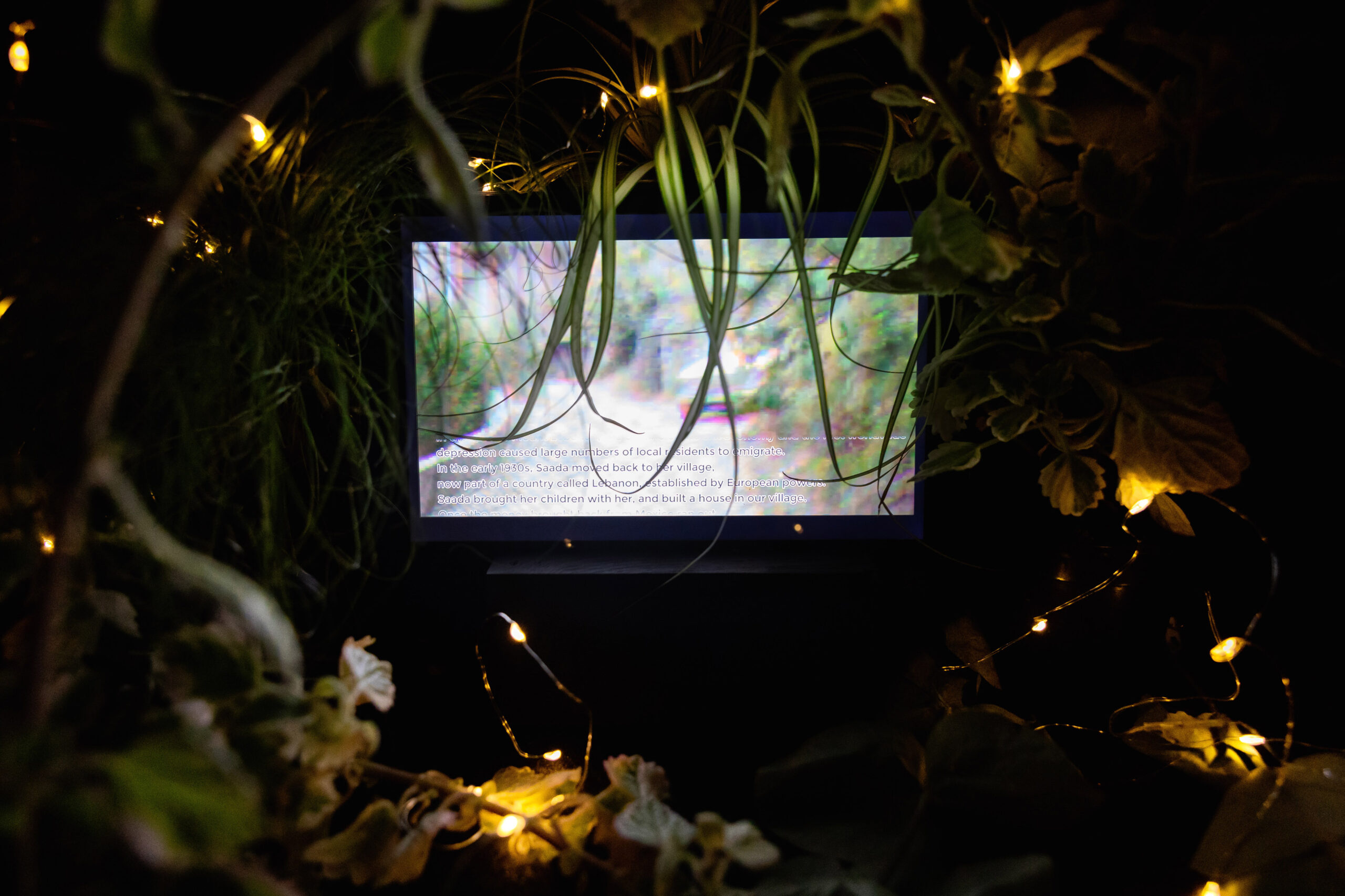 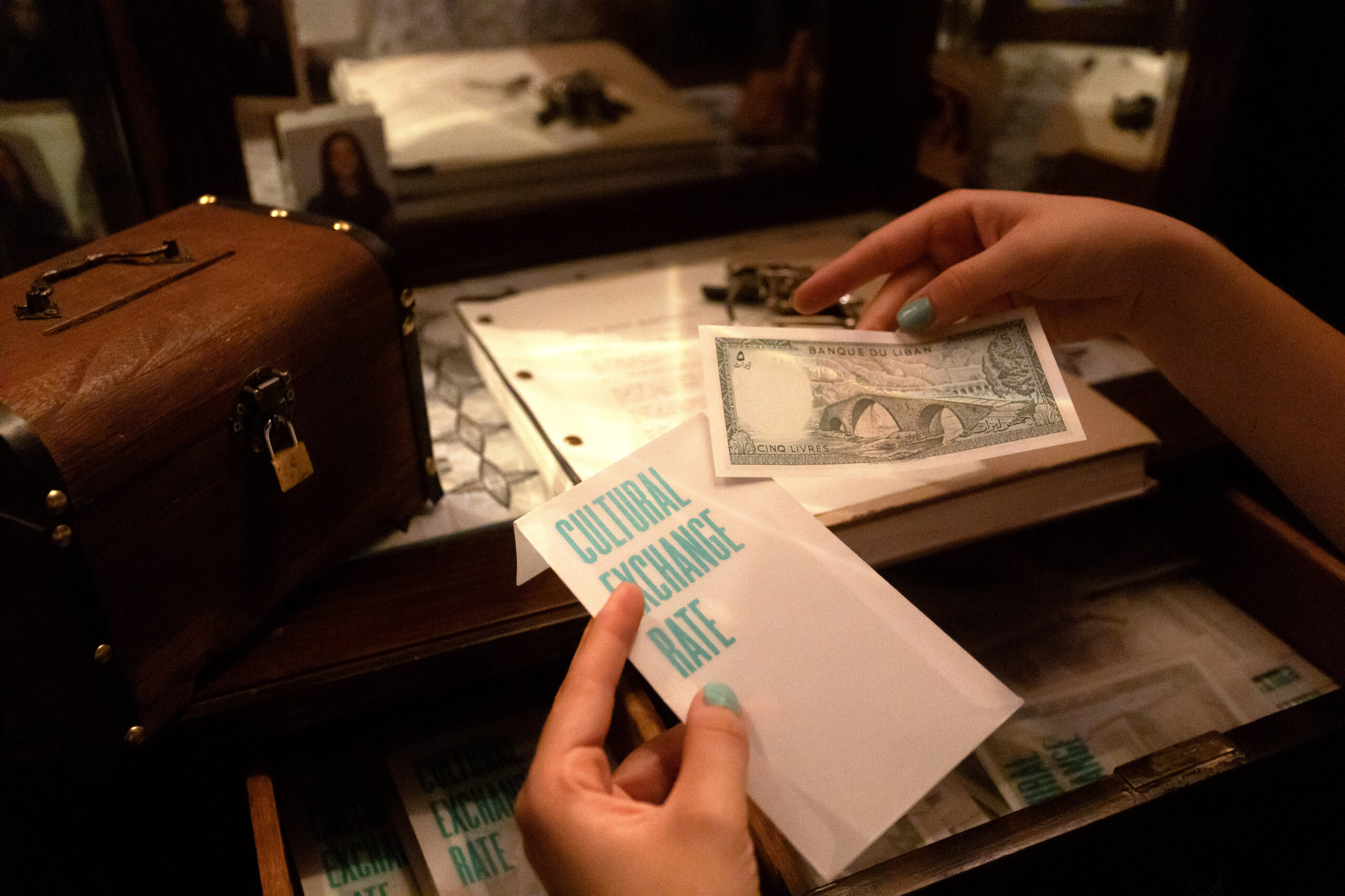 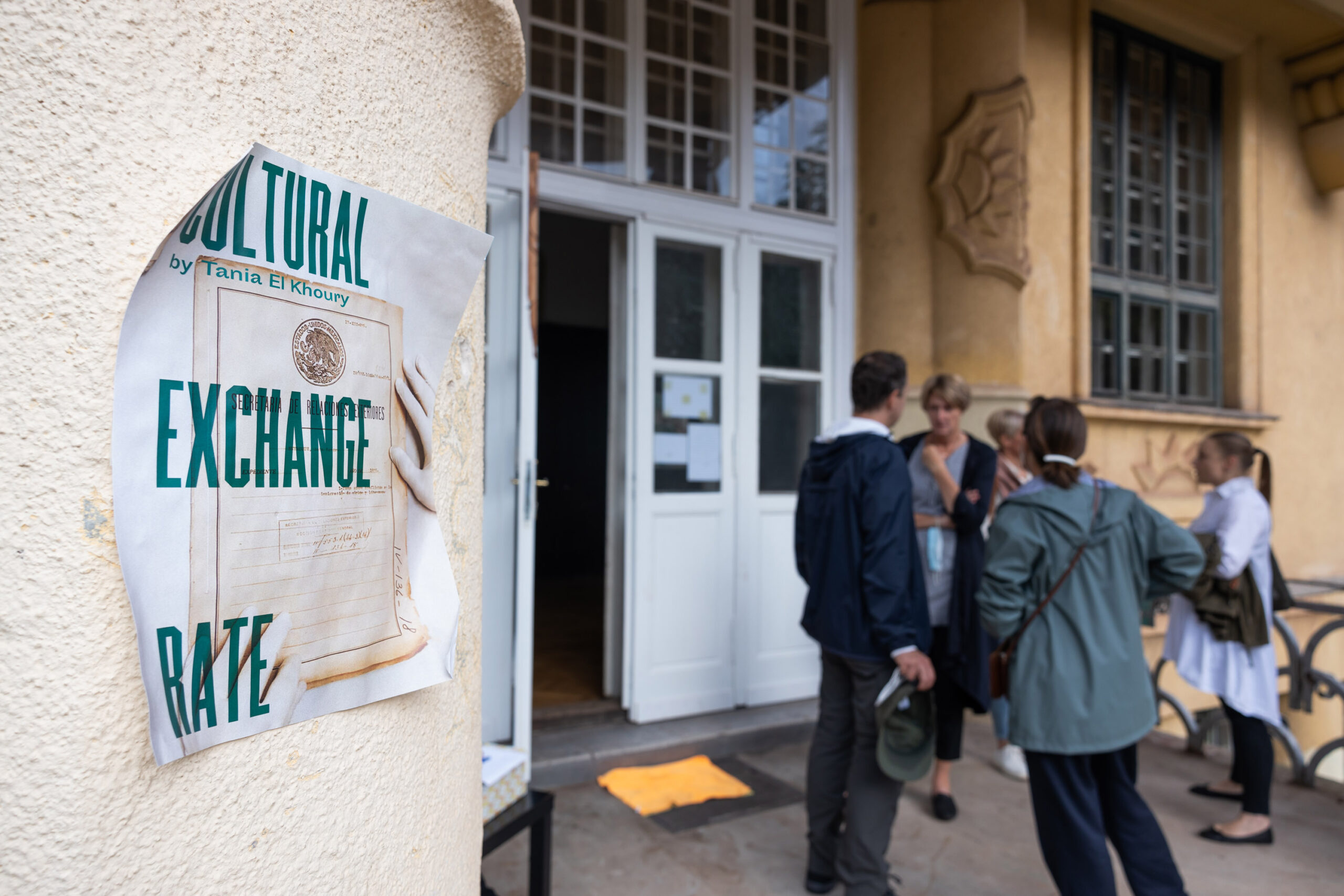 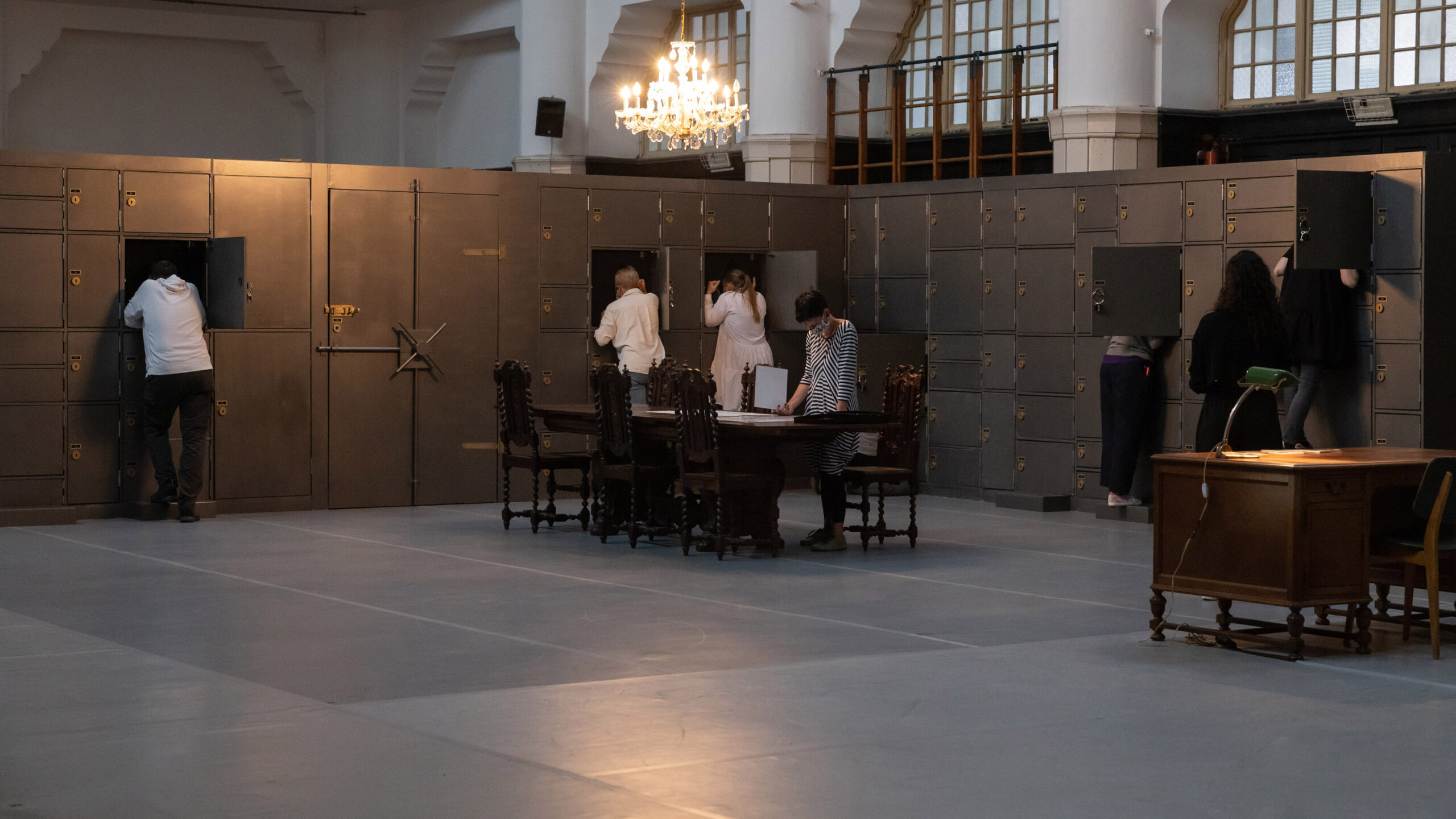 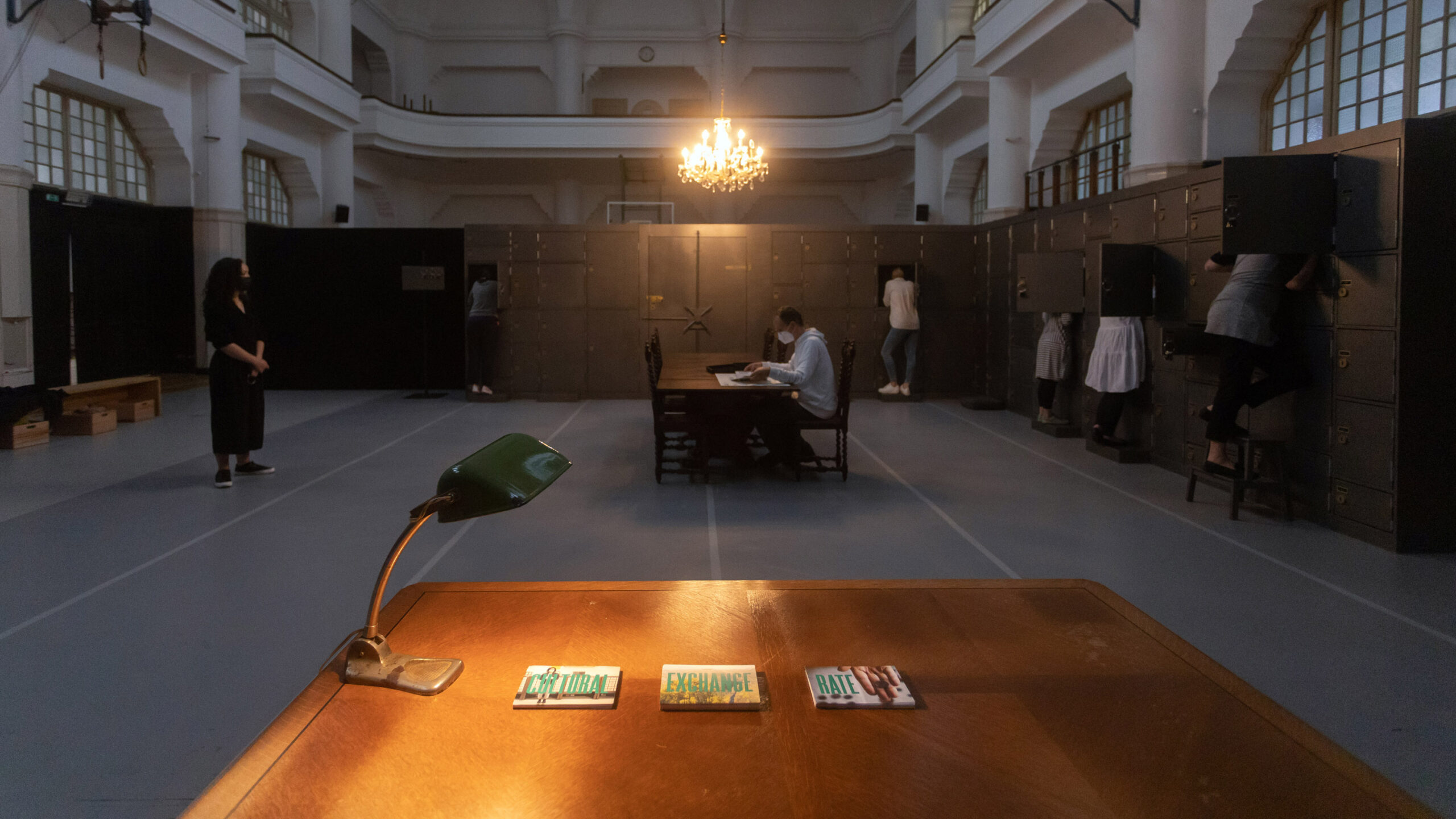 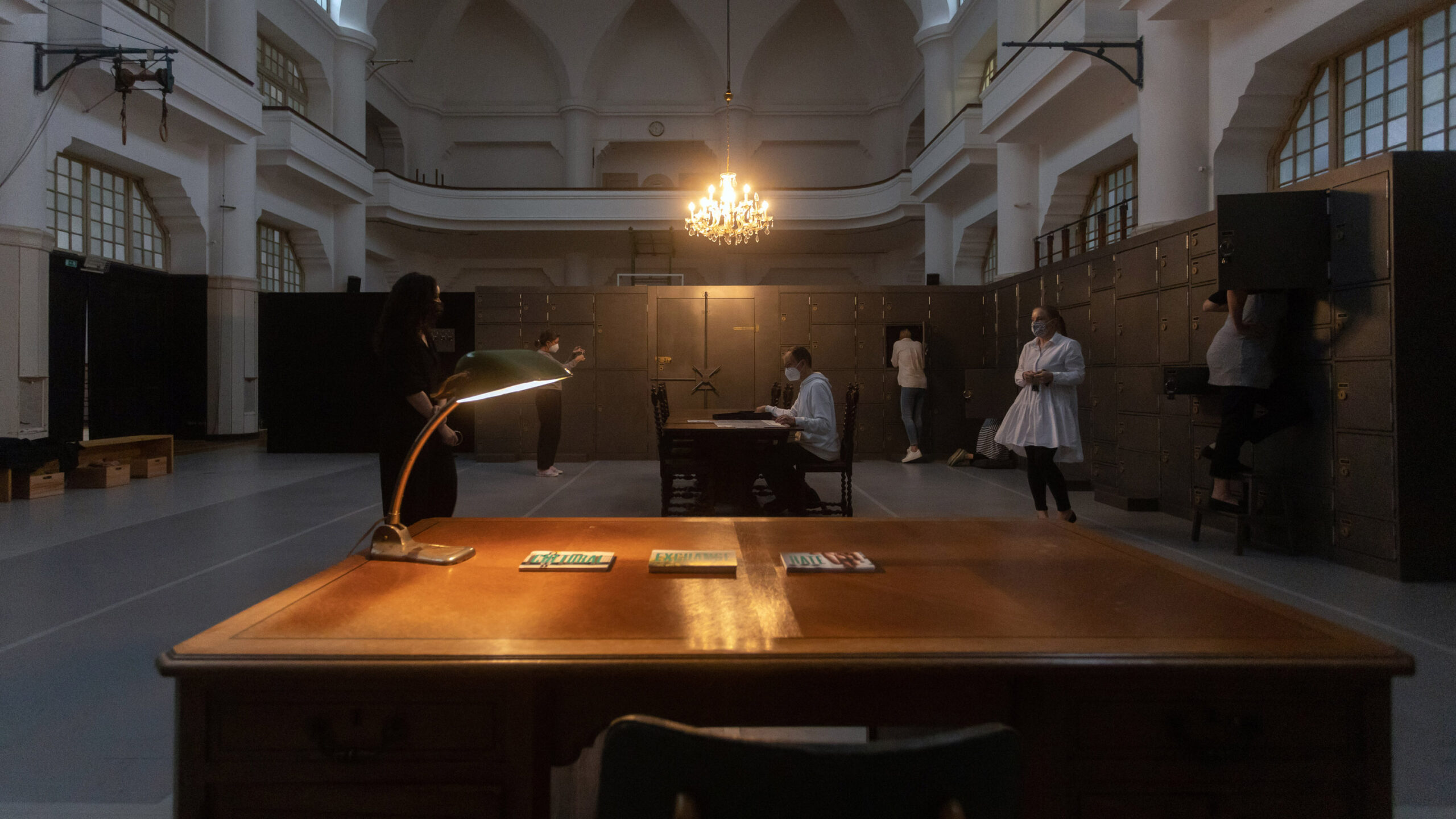 Tania El Khoury is a multidisciplinary artist working with interactive performances and installations. She won several awards including the 2017 ANTI – Contemporary Art Festival Prize, the only international prize for live art creations. Her work is based on innovation and research, performed in unconventional spaces, ranging from national museums to a fisherman’s boat in the Mediterranean Sea. At the core of Tania El Khoury’s art is an encounter with the audience as co-creator. It confronts us through deep intimacy and explores the ethical and political potential of art. Her work is based on long-term research of archival, historical, and documentary materials such as oral history collection. It reveals issues such as state violence, the concentration of power, borders, gender politics, and the othering of people and communities. Cultural Exchange Rate builds on interviews made by Tania El Khoury with her late grandmother in the village of Akkar on the border between Lebanon and Syria. Cultural Exchange Rate is an archive into which ten viewers are invited to explore history marked by war survival, but at the same time by a river that ignores colonial and state borders. The cabinets and drawers are not only filled with paper that offers us knowledge of history and which we read from the viewpoint of the present, but they also reveal videos, sounds, smell, maps and a collection of devalued money.

Interactive performance installation is in multiple languages with English subtitles.