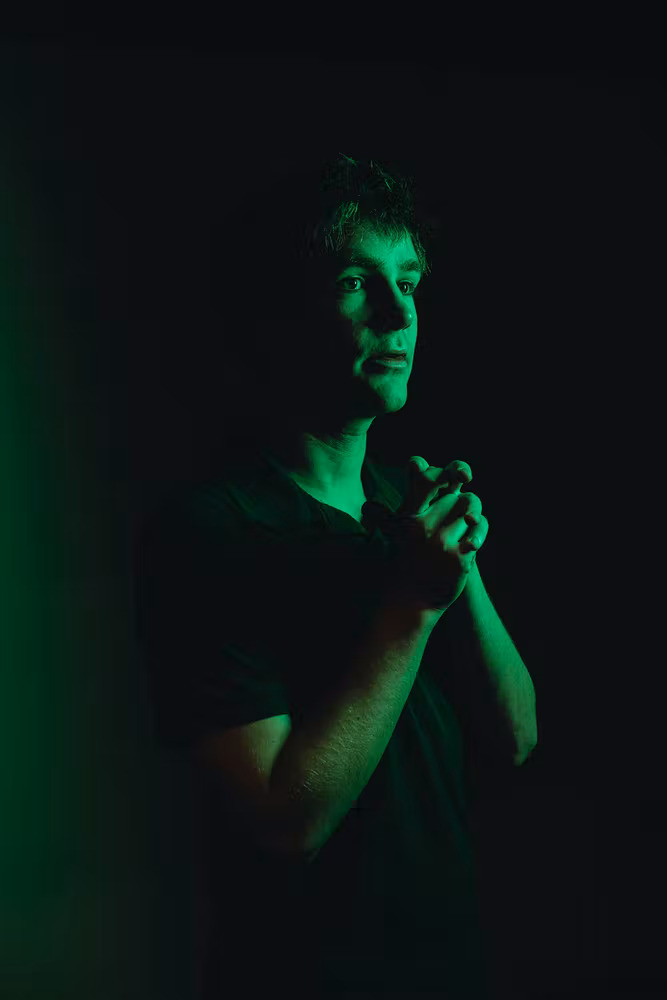 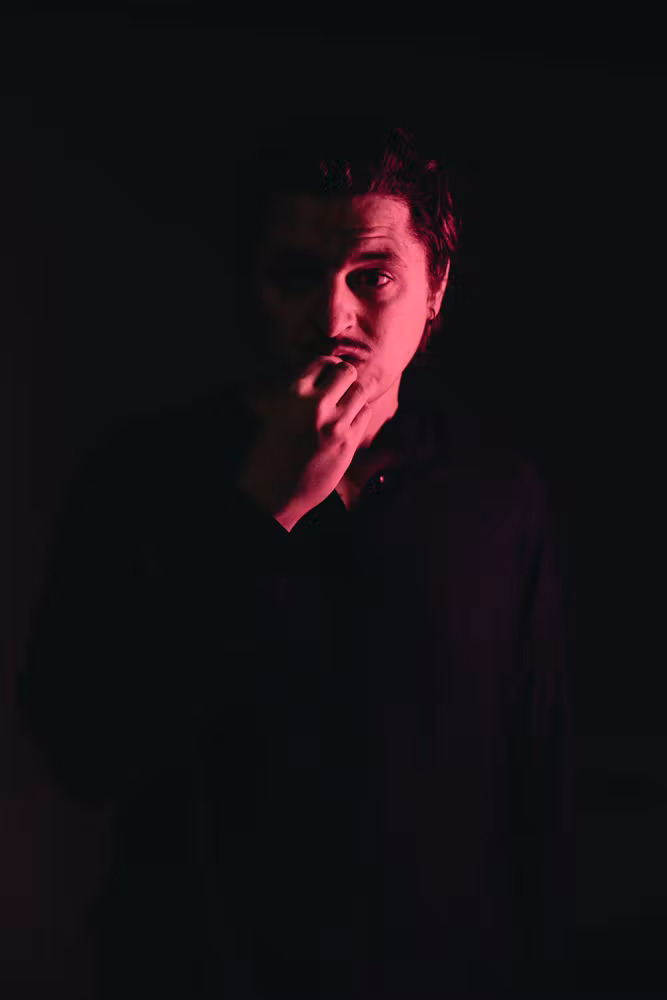 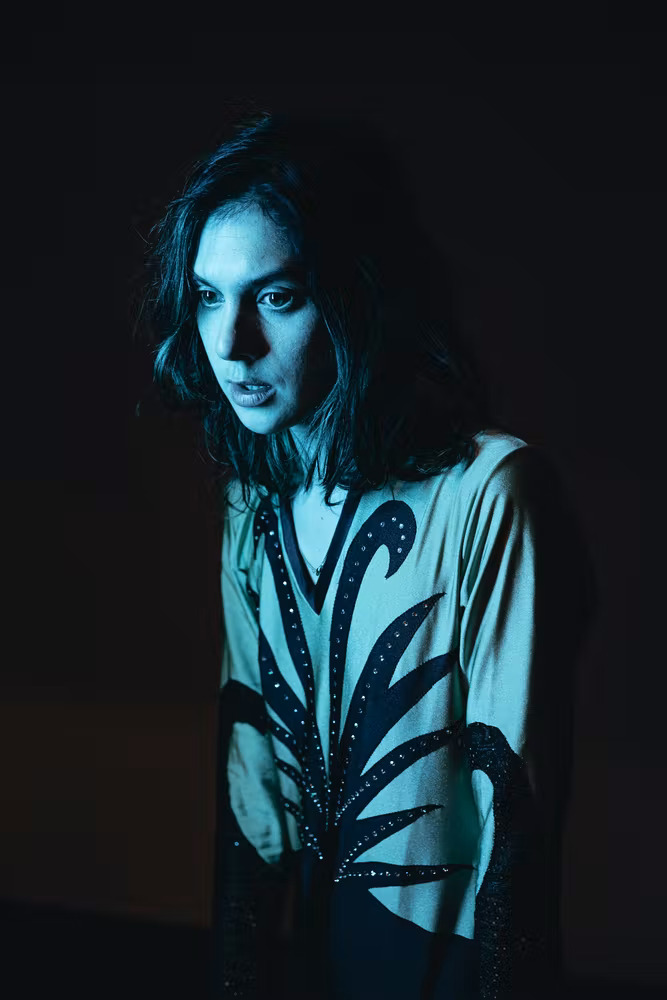 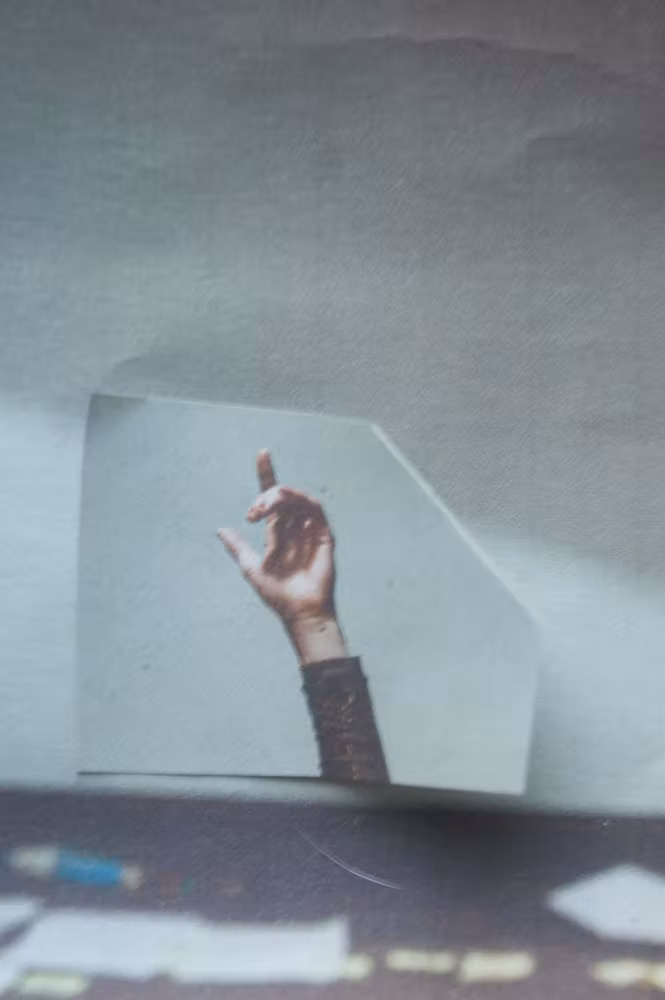 In Solipsists three gifted young actors ­— Louise Bergez, Lucas van der Vegt and Joeri Happel — search for a common imagination, together with director Jesse Vandamme, also part of the young collective Camping Sunset. The material is based on monologues that were created independently in recent years, including during the workshop The Hour of Truth by Luk Perceval in NTGent and in the performance GIANTS by Jesse Vandamme. The form is sober and stripped down; the setting is intimate. The result are three compelling portraits in a row.

Three creatures go back and forth all the time. They live a time that races and stands still, in the end of time, in the time that is without a future. They live in a body, inside a head, they are alone. The head that never stops, says: “I am very sure that what I was sure of, is now no longer sure.” Is that any good?

There’s a woman pretending to be dead, she wants to get ahead of it, and a guy who wants to shoot everything to pieces: “What the hell, right, dad?”. There’s a bloke who keeps remembering everything all the time. Between the words, the movement and the silences, the worry murmurs. The shits, and the explosions and implosions, exchange faster and faster.

They look like people but they are players who imagine, they continue through winter and darkness. It’s hope without illusions, there’s suicide, fear of failure, data sets, disgust, madness, body image and breath. There is a play, it is play and a game.

Louise Bergez studied drama at KASK Ghent. She played in several theatre productions, amongst others with Hannah De Meyer (Uberdramatik), Jesse Vandamme (Uberdramatik, Giants, Solipsists), Michiel Vandevelde/fABULEUS, Camping Sunset (Zomergasten, Ten Oorlog), and Lisaboa Houbrechts/Toneelhuis. For her performance in Bruegel  by Lisaboa Houbrechts, she was nominated for the Acteursgilde theatre awards (2020). Louise is also active in film and television. From 6 February onwards she will be appearing every Sunday in the series Twee Zomers  by Tom Lenaerts and Paul Baeten.

Joeri Happel (1991) is a Dutch theatre maker and actor. He is part of the collective Camping Sunset and of collective Zuidpark. Joeri previously performed with Compagnie de Koe and with Bosse Provoost (Toneelhuis). In 2021, he created the play De Koning eet  with Het Zuidelijk Toneel. Joeri is one of the actors of the group Werktoneel (Scenes, Giants and Solipsists). In 2022, he can be seen with Olympique Dramatique in an adaptation of Ibsen, and with Zuidpark he will be making The Faust and the Furious.

Lucas van der Vegt (1992) studied drama at KASK Ghent and before that classical piano at the conservatory of Amsterdam. He played in productions by Theater Artemis, Theater Antigone, and BOG, among others. His graduation performance Giants  together with Jesse Vandamme and Laurens Aneca was shown at the festival Theater Aan Zee. In the spring of 2023, Lucas will play in a new production of Werktoneel at NTGent directed by Jesse Vandamme.

Jesse Vandamme (1996) studied performance at the drama academy in Maastricht and drama at KASK Ghent. He is part of Camping Sunset and a core member of Werktoneel, for which he worked as a director on 7 solos, Scènes, Giants and now Solipists. Several of his performances were shown at the festivals Love At First Sight and Theater Aan Zee. In the season 2022-2023, Jesse will direct another brand new performance at NTGent