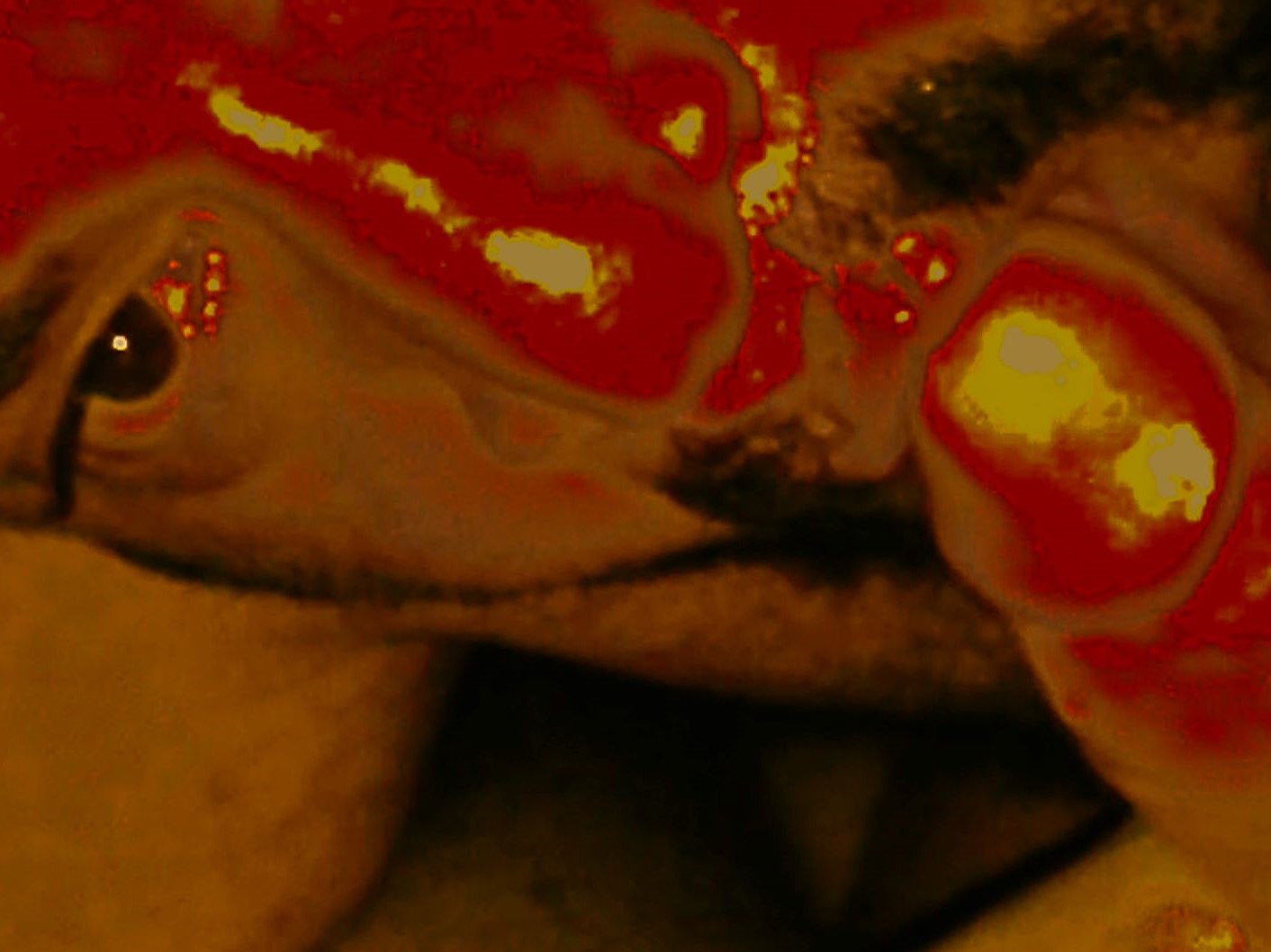 In the performance “The B-side”, using his own body as a locus, Rodrigo Batista expands explicitness into an aesthetic, investigating straightforward language, propaganda, gore-pornographic visuality and decolonization as a process of violence and territorial war, all within an intense piece of body research driven by impulses of iconoclasm, indigestion, mutilation, blood and sex. In the present version there is no body performing, focusing instead on the direct propagandistic aspect of the piece. “THE B-SIDE (video-propaganda-art)” consists of several attacks of fury; being possessed by the Furies Spirits who pursue the Patriarchy, trying – through the millennia – to kill the macho-heroes and their ridiculous ideas about life.

‘THE B-SIDE (video-propaganda-art)’ is part of the double-sided performance ‘The Furious Rodrigo Batista (Side A) + The B-side’. It’s porn-propaganda claiming historical reparation.

Rodrigo Batista is a Brazilian theatre-maker and educator based in Amsterdam. At the core of his recent works is the importance of performing political statements, direct and explicit messages addressed to current world politics, focusing on the rise of the Alt-right Neo-Fascism and never-ending European Colonialism (and their obvious relationship).