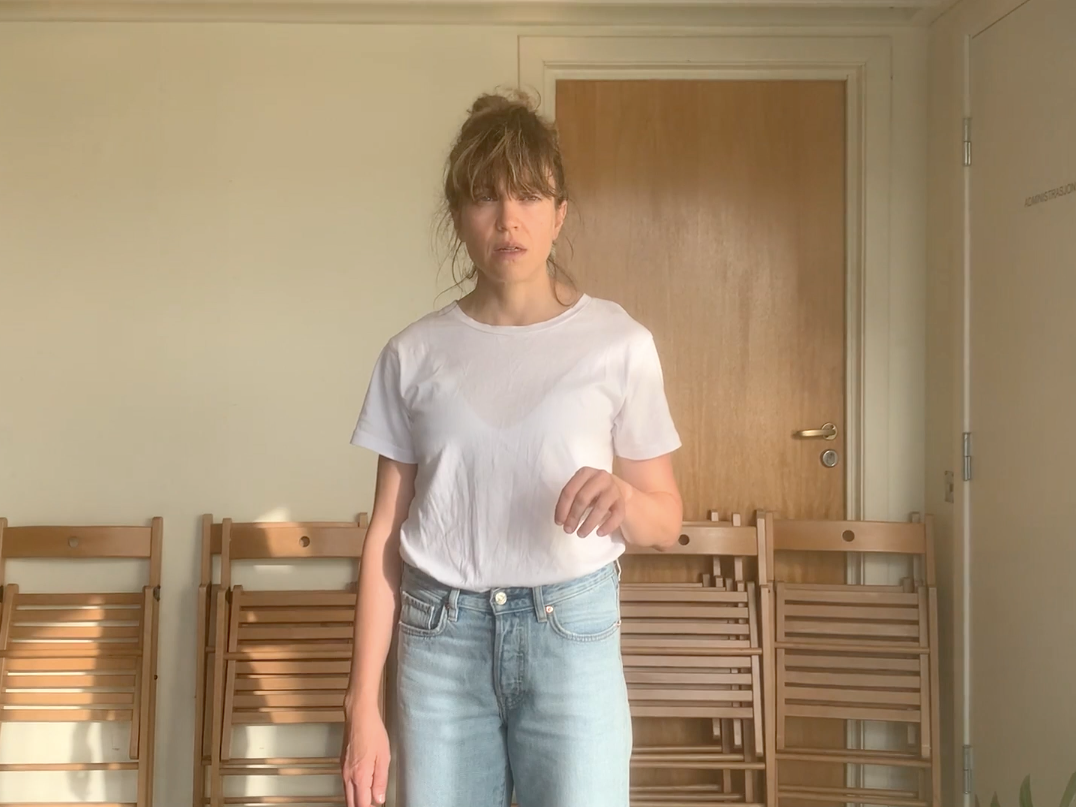 Nicola Gunn read a profile about the British late-night talk show host James Corden in a February 2020 issue of The New Yorker magazine. In it, Corden is described as a kind of ‘Mr Happiness, spreader of joy’. And yet, the writer of the story, Michael Schulman, profiles him with a restrained kind of cynicism and indifference that hints at dislike. Michael Schulman certainly never says it outright, but you get the feeling Mr Happiness is bit of an arsehole. ‘Say you host a late-night talk show’ questions whether morality is principally a matter of belief or action, or whether it’s a consistent yet hazy balancing act of both, and touches on ecologies of attention within media culture, gossip, the cult of celebrities, and in reading between the lines.

Stretching out a punch line until there isn’t one (or perhaps there never was one to begin with).

Nicola Gunn works in contemporary performance as a writer, director, performer, producer, dramaturge and sometimes dancer. She borrows from theatrical, choreographic, literary, comedic and visual art languages to create a mode of contemporary performance that plays with form and pursues a narrative. Exploring wide-ranging topics including power, the dramaturgy of translation, shame, the problem of intimacy and exposure, and the ethics of intervention, her works attempt to intermingle material and context, complicating relationships between self, subject and viewer in the process. Her works are a kind of autobiographical fiction. She currently teaches performance at KMD, the art academy of the University of Bergen.