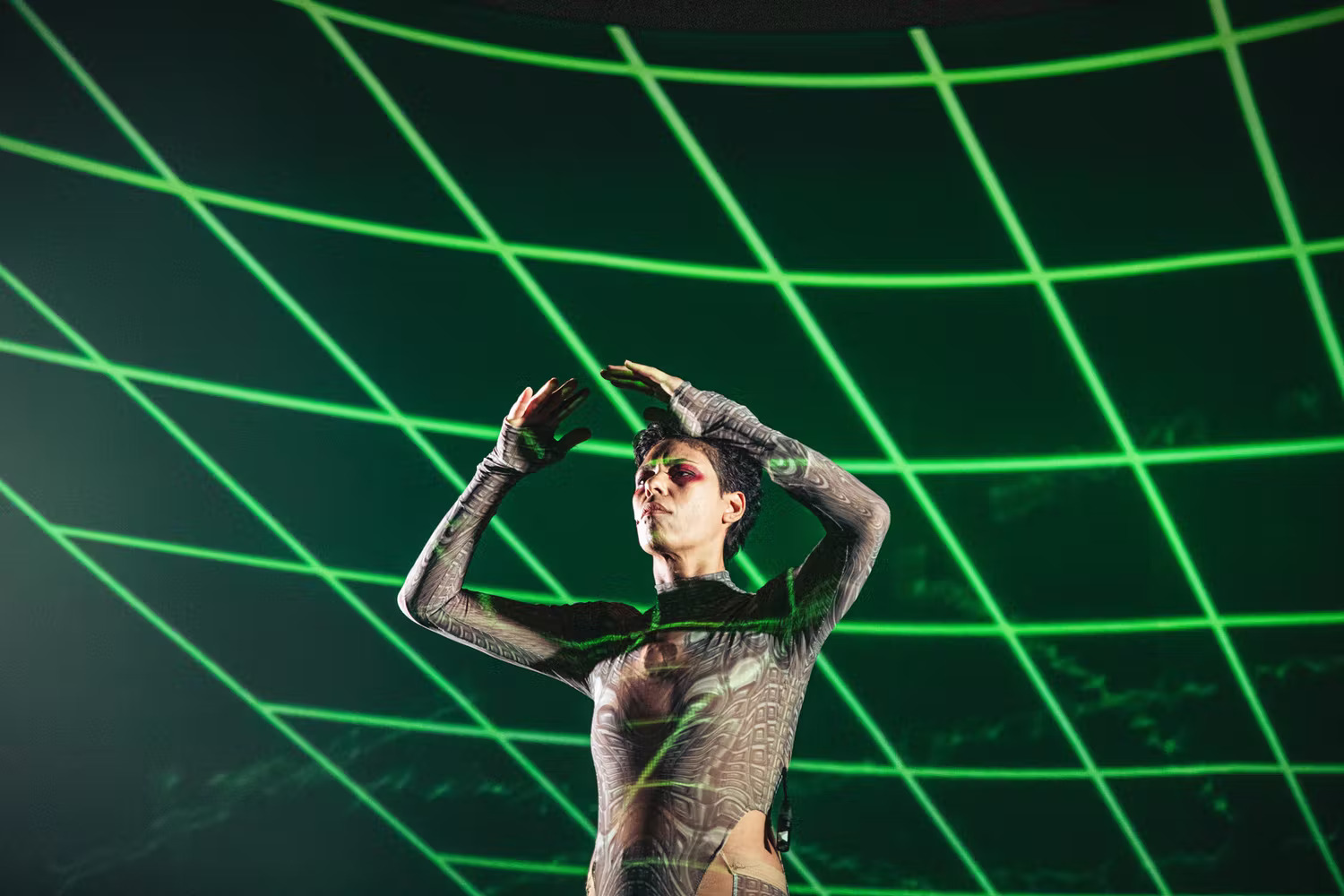 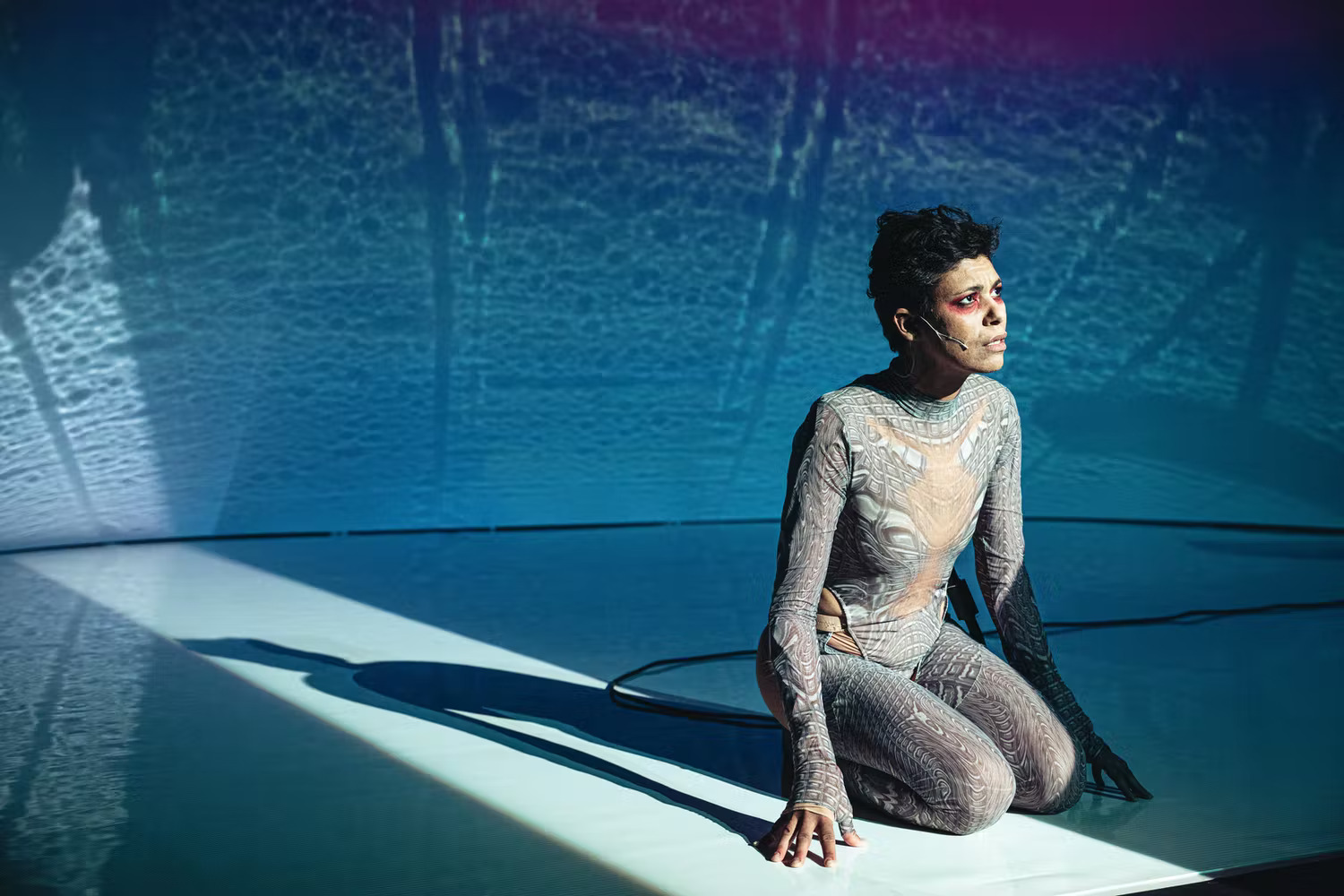 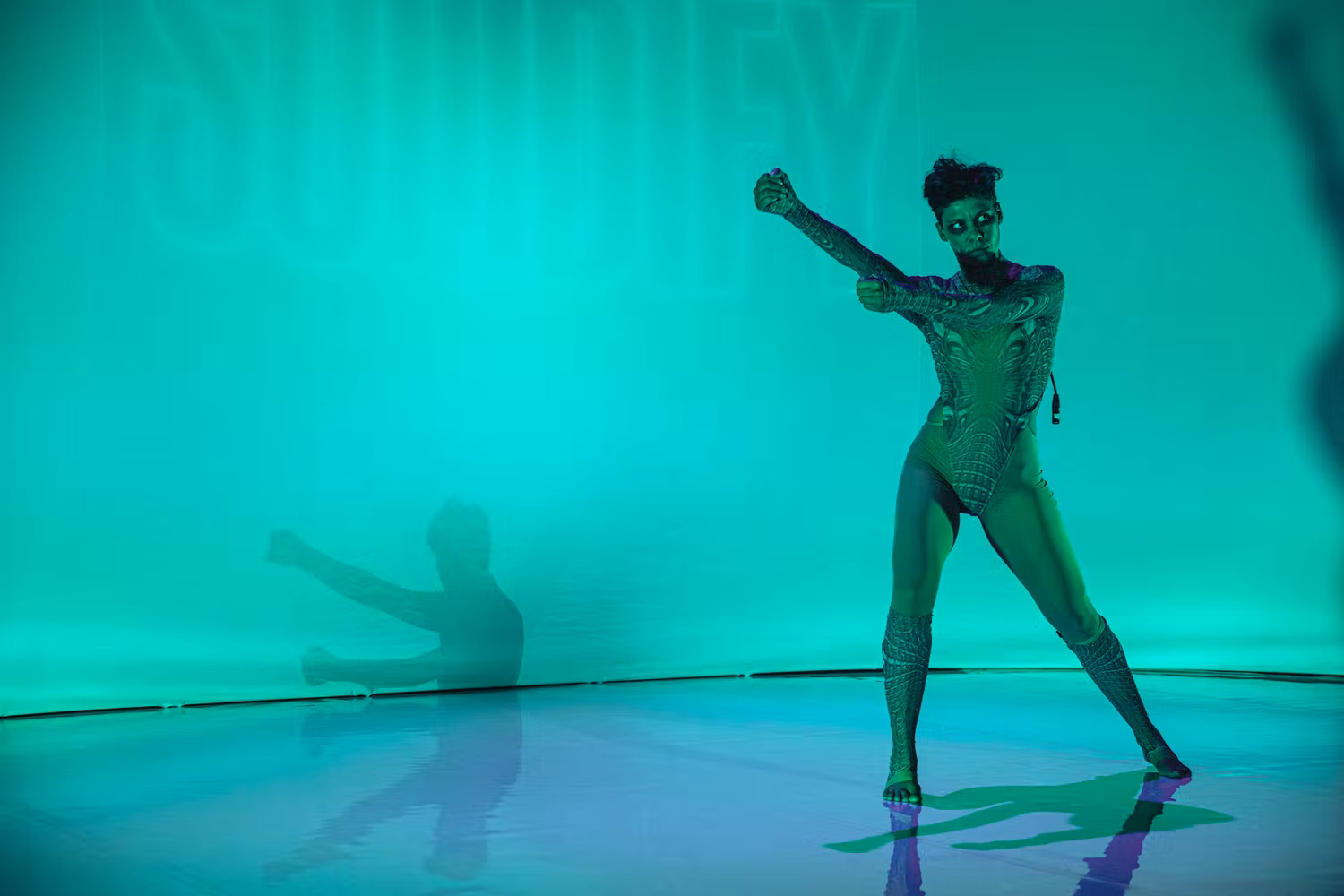 WE ARE APPROACHING THE ABYSS

In the post-climate change world of Ferox Tempus, environmental catastrophe has become normal. Cities have sunk, billions have died, but the remnants of late neoliberal culture cling to the ruins of civilisation. The character, Lua -a post-humanist being- is on a journey through this world. On her way, she encounters extreme weather conditions, crosses
mountains of plastic, survives fires and floods, flees with masses of climate migrants, stumbles across indigenous communities and joins their social uprising, finding herself in a constant attempt to survive ecological collapse.

Within the fictional world of Ferox Tempus a multi-layered narrative unfolds. Lua moves through ten game levels guided by the voice of an omnipresent narrator, who introduces each level and its transition principles, dictates the rules of action, hints at goals, weapons, traits and narrates all events within the dystopian settings caused by climate change. They are in constant dialogue. In the live performance, the game is interrupted by comedy intermezzos on banalities in the performer’s own life written in stream of consciousness style; such as growing up in the 80’s, experimenting with psychedelic plants, taking part in sexual orgies, being a follower of mainstream veganism, or ranting endlessly about emotional dependency, while suggesting that her voice is that of privilege. The soundtrack is an 80’s futurist-synthesiser-style mixed with catastrophic weather reports.

Using narrative strategies from interactive storytelling computer games, addressing political, theoretical and fictional content related to the rise of neoliberalism and the destruction of the planet, the piece builds up as a twofold scenario; a multi-layered storytelling game (the world of the character) and a stand up philosophy (the world of the player).