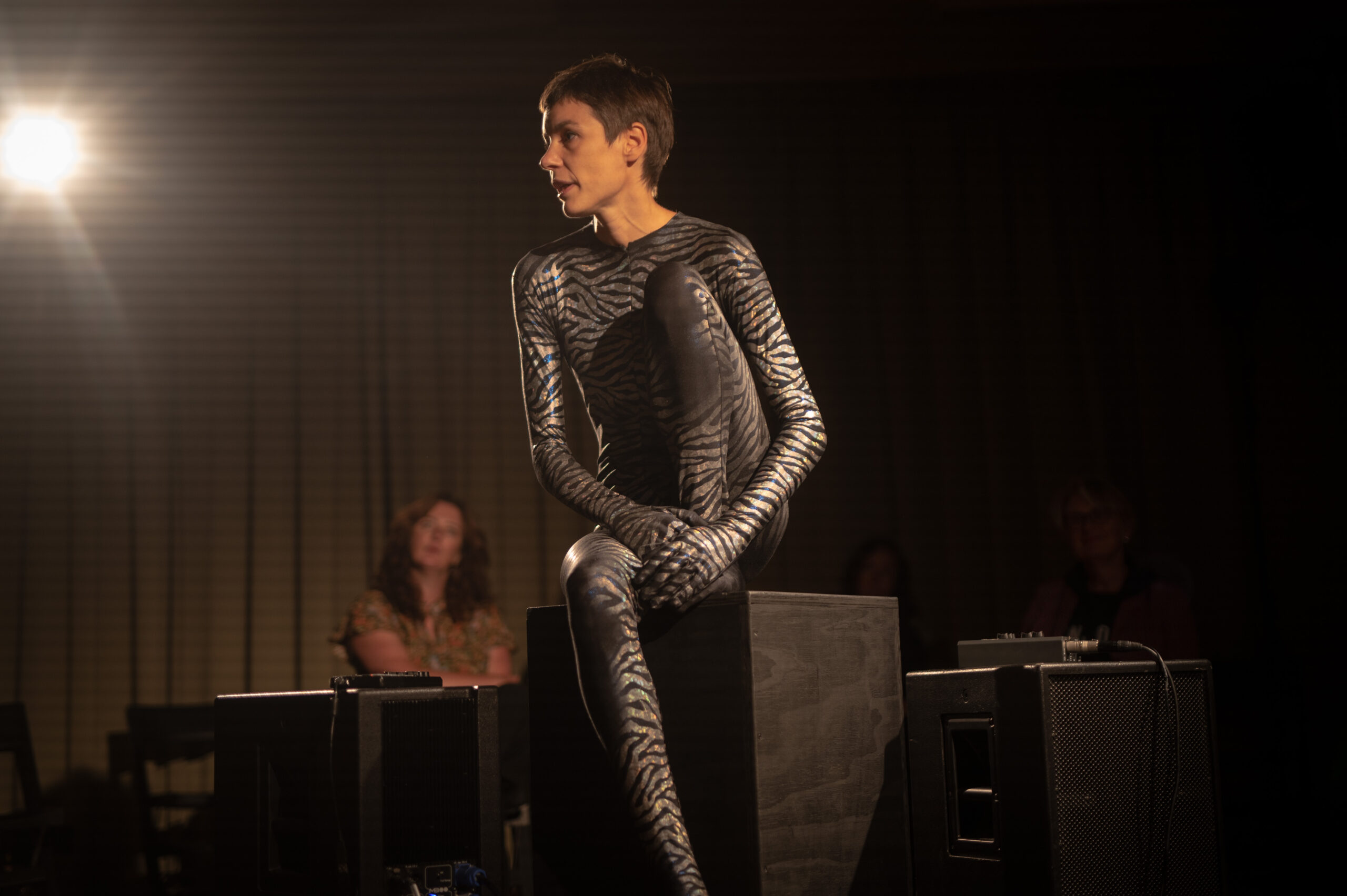 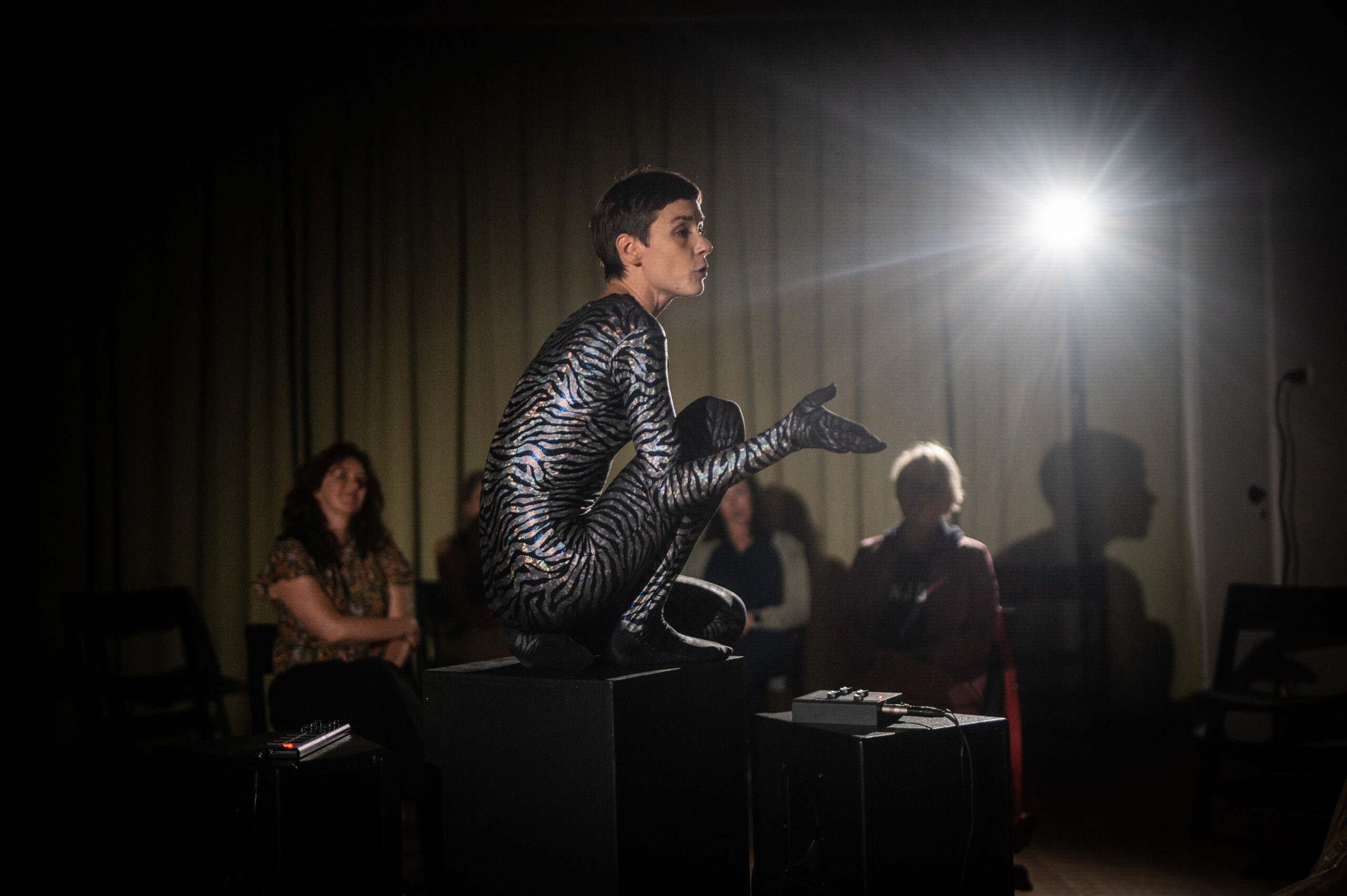 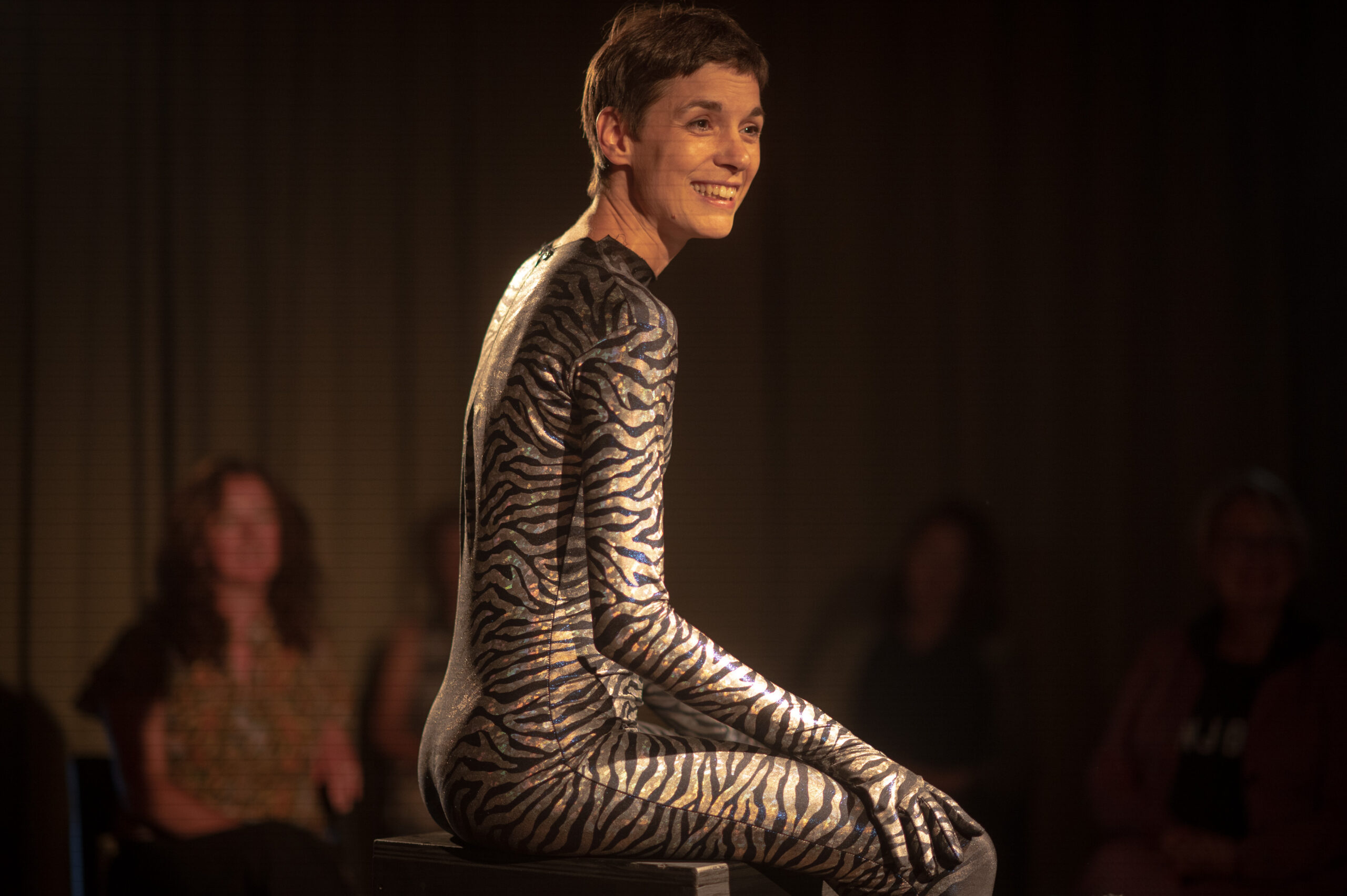 Intimate parody of common sense in the Western world?
It is not necessarily pleasant when someone puts words in your mouth, but in this case we can promise you that it will be different. In her intimate performance Romance, Portuguese choreographer and playwright Lígia Soares brings an ode to beauty, romance and connecting with one another. The audience is always a critical factor in Soares’ work, and with great charm and sophistication, in this performance she invites us to reflect upon how we think as an individual within a group. In an intimate setting, Soares uses simple words to create special connections between herself and you as member of the audience. The various sentences and perspectives, in their playful repetition, form a wonderful parody of the famous ‘common sense’ found in the twenty-first century Western world. Romance is an invitation to discover the recognition, the repulsion, but especially also the humour that is conjured up when you allow someone else to be your voice. After all, how many of our words are really our own?

Lígia Soares is a Portuguese choreographer and playwright. She holds a BA Degree in dance and choreography by Lisbon Hight School of Dance. She started her professional path with the Senssuround Theatre Company in 1997. She was artist-in-residence in TanzFabrik Berlin from 2004 to 2006. She founded with her sister Máquina Agradável a company through which she produced her work until 2014. Her work has been shown nationally and internationally and featured in numerous contemporary theatre and dance programs. She has also developed several programming projects with other artists or within collectives, such as Demimonde and Face-a-Face. Following works such as “Romance”, “Turning Backs” or “O Ato de Primavera”, she has continued her research on how to create scenic devices that include the viewer’s presence as a constituent element of the show’s dramaturgy. Four of her pieces have been published by Douda Correria. Her play “Cinderella” won the Eurodram 2018 award.