KATE MCINTOSH: IN MANY HANDS 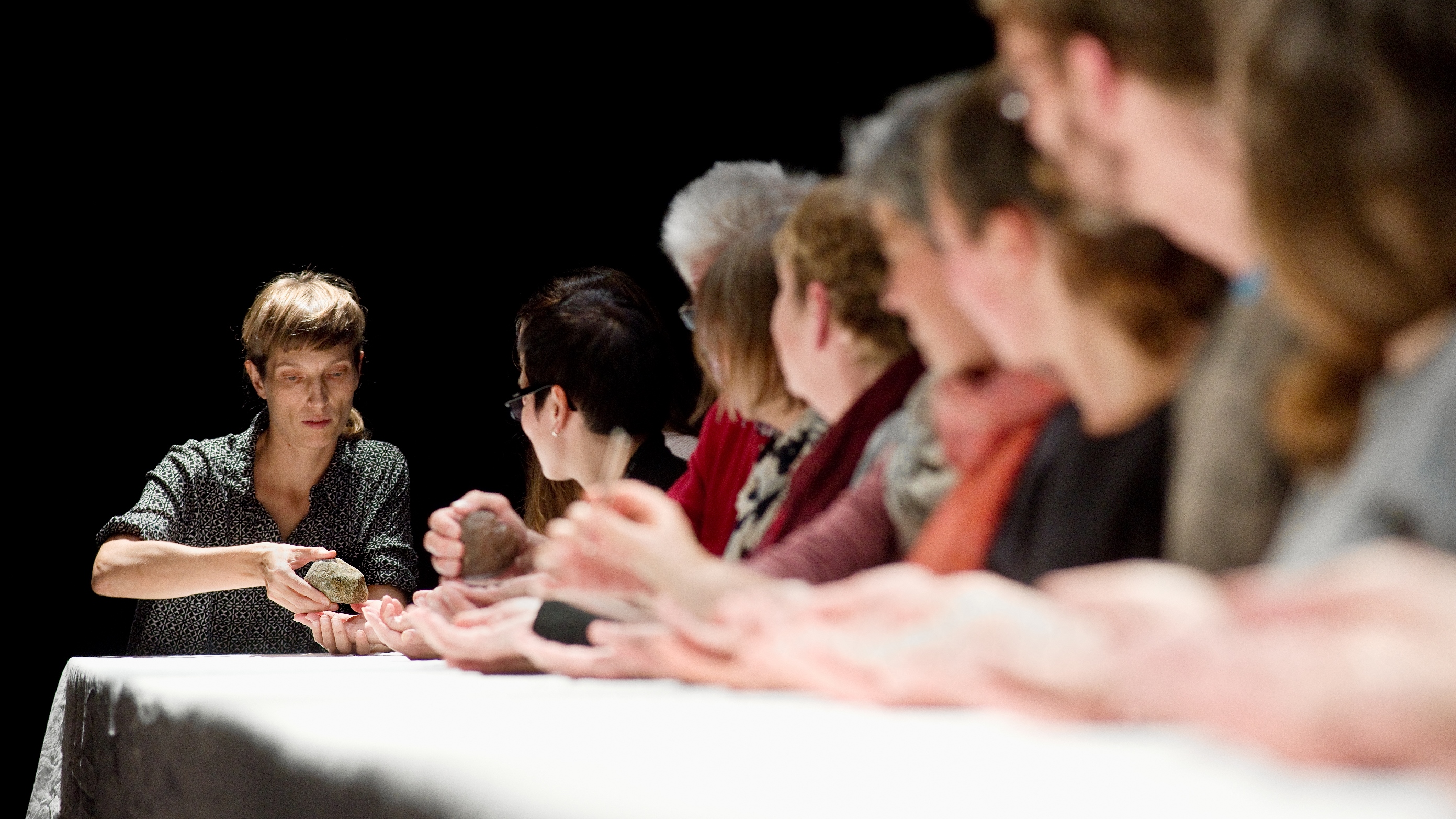 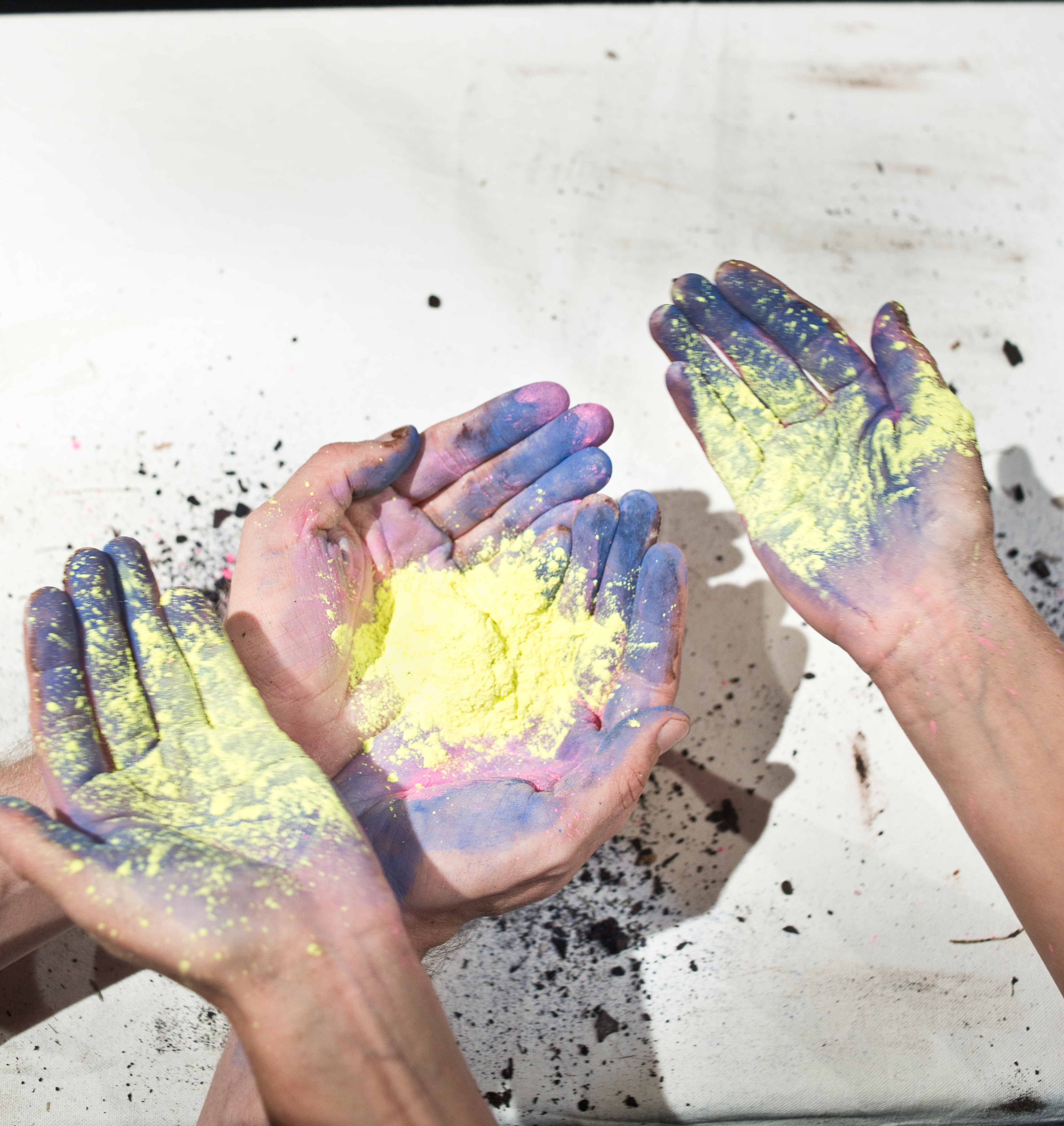 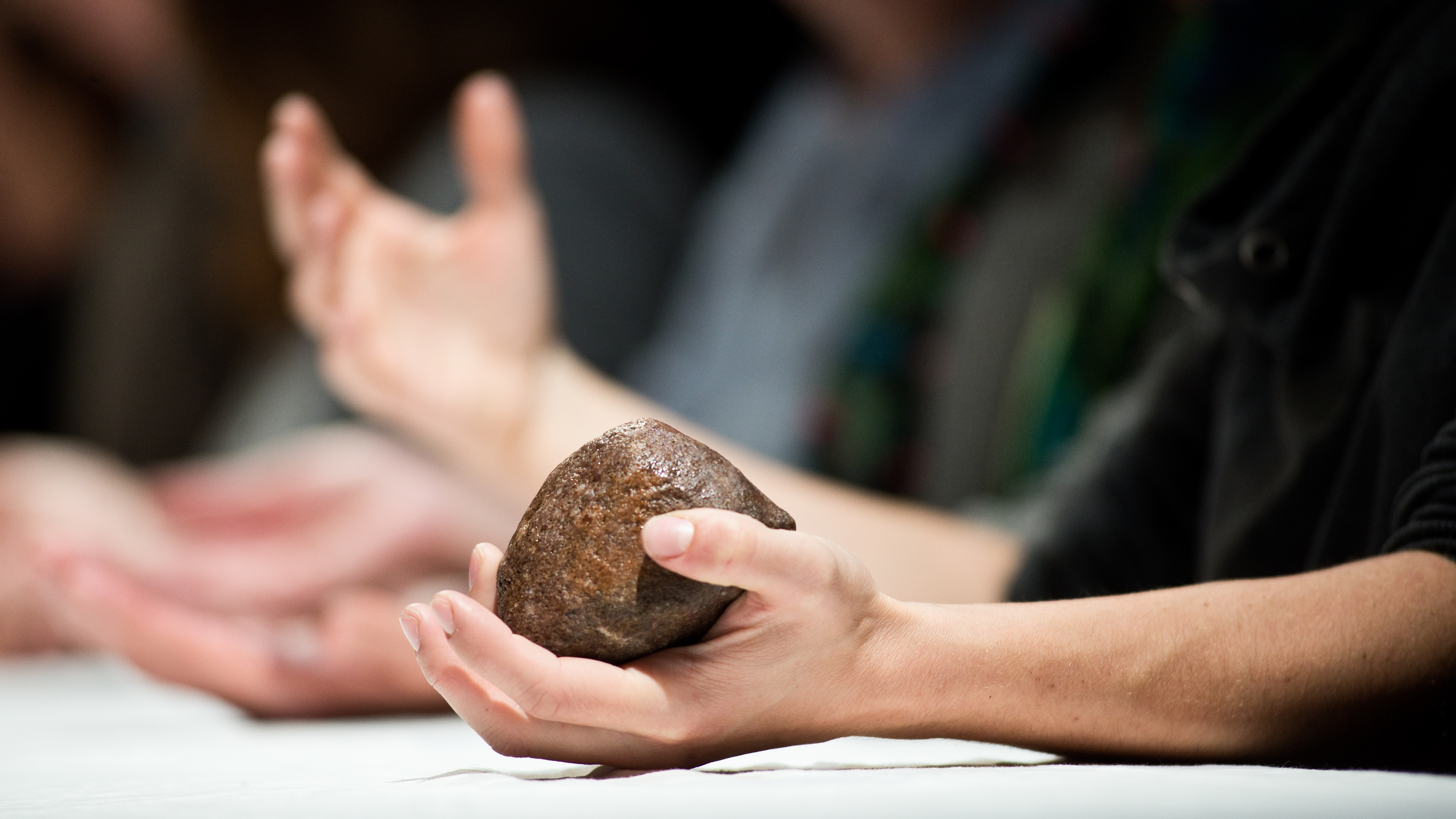 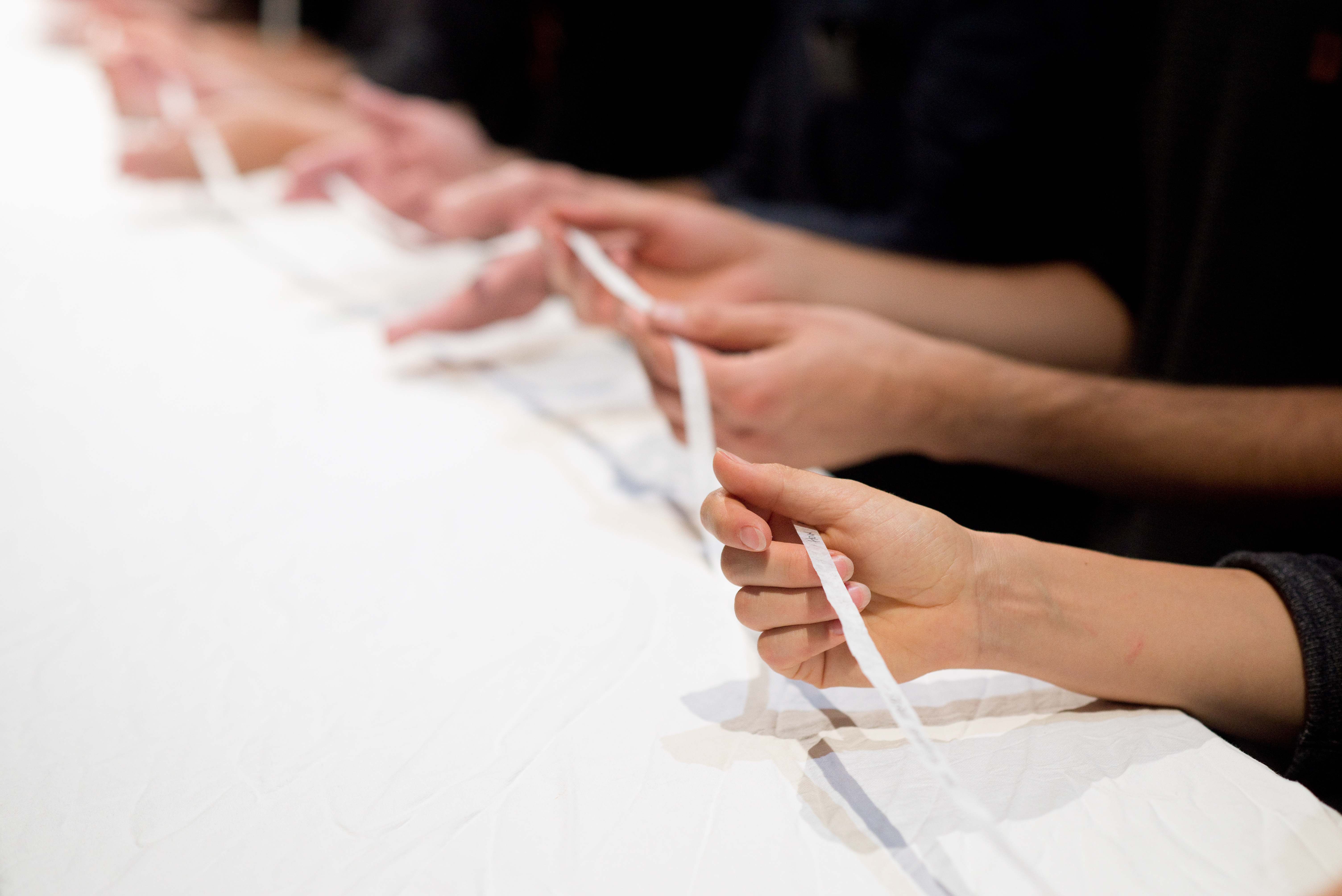 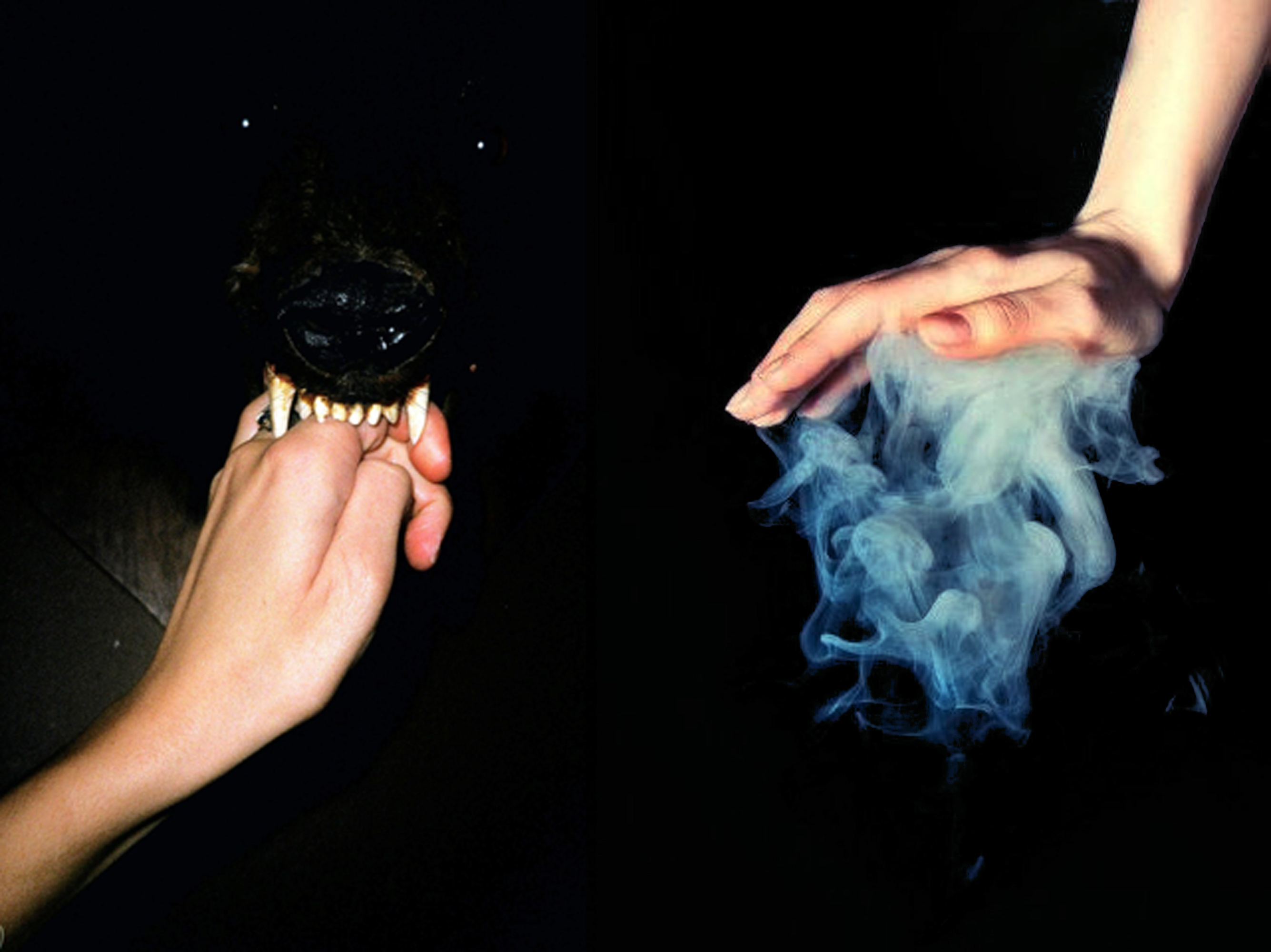 Recent visitors to Kate McIntosh’s works have been involved in many ways. Some broke apart domestic objects and made new inventions from the fragments (“Worktable” installation 2011). Other audiences examined a kind of collectivity – throwing furniture across the stage, uniting as an orchestra of rain-makers, collecting their own bacteria, and imagining themselves as birds (“All Ears” performance 2013). The invitations in these works sprang from Kate’s ongoing curiosity to bodily involve an audience, and to imagine a social space where individuals might explore their own agency as well as a communality. Her new project “In Many Hands” wades further into these experiences.

With “In Many Hands” Kate dives into the tactile and the multi-sensory, inviting the audience to test, touch, listen, search and sniff. This project steps away from the stage – instead bringing the audience into a series of aesthetic sensory situations, and inviting them to experiment with materials and encounter physical phenomena themselves. If one really does learn-by-doing, then what’s learned here is a sensitization of nerves, a tuning of attention, a priming of curiosity. “In Many Hands” is part laboratory, part expedition, part meditation – as it unfolds, visitors take their time to engage and explore as they wish, following their noses and curiosities.

As always, Kate’s work is guided by her ongoing fascinations with the misuse of objects, playfulness with the audience and an off-beat humour.