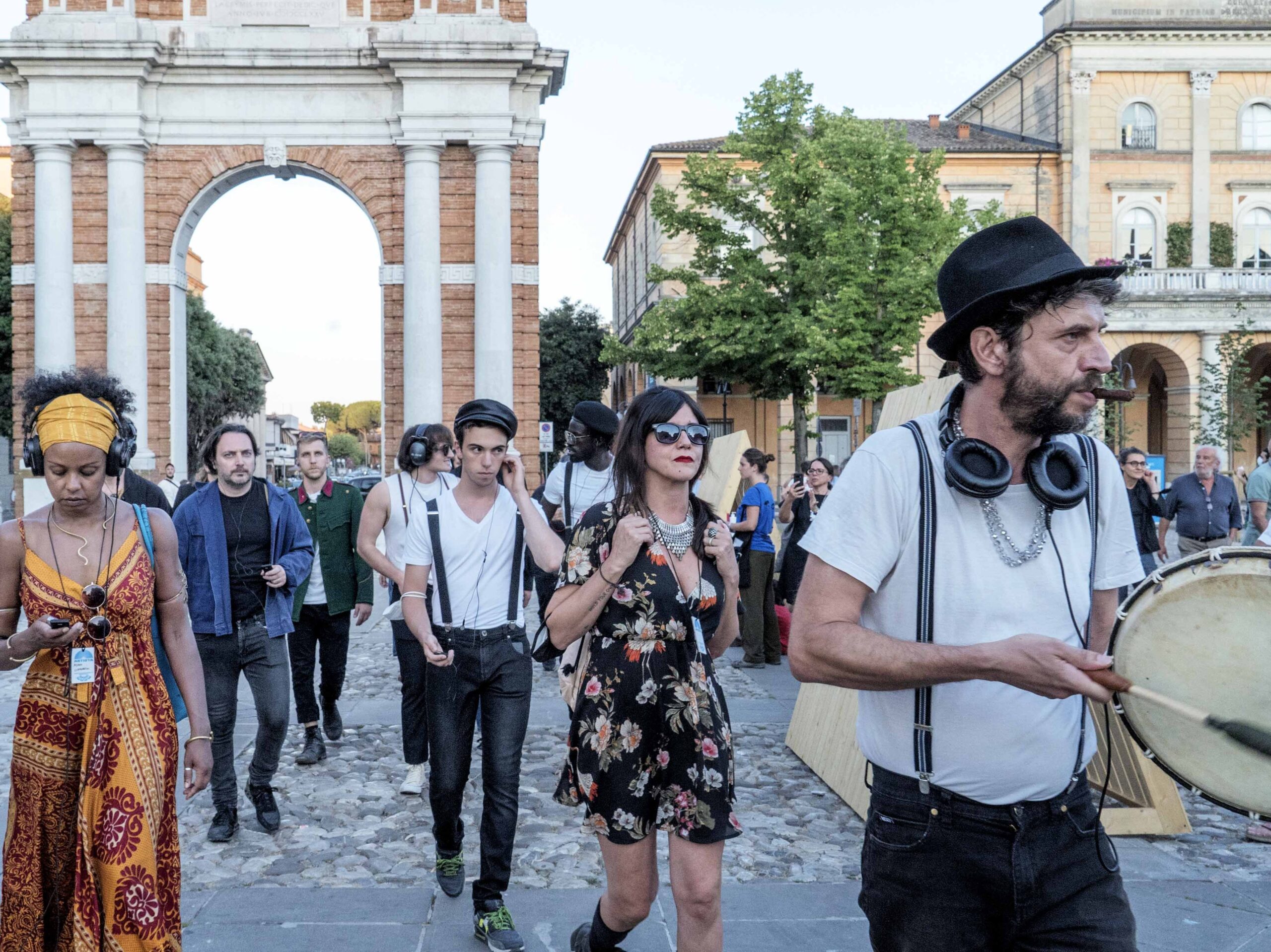 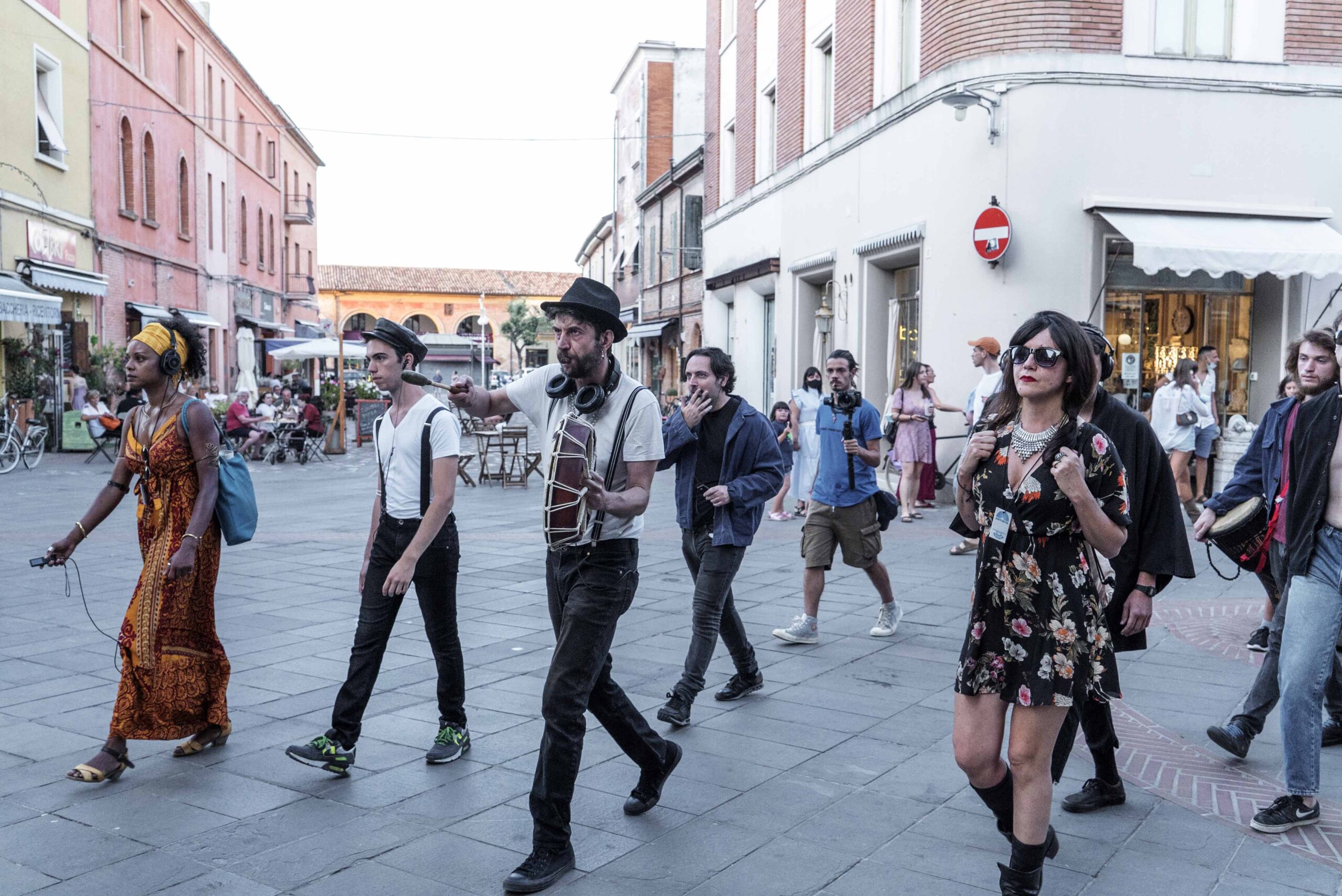 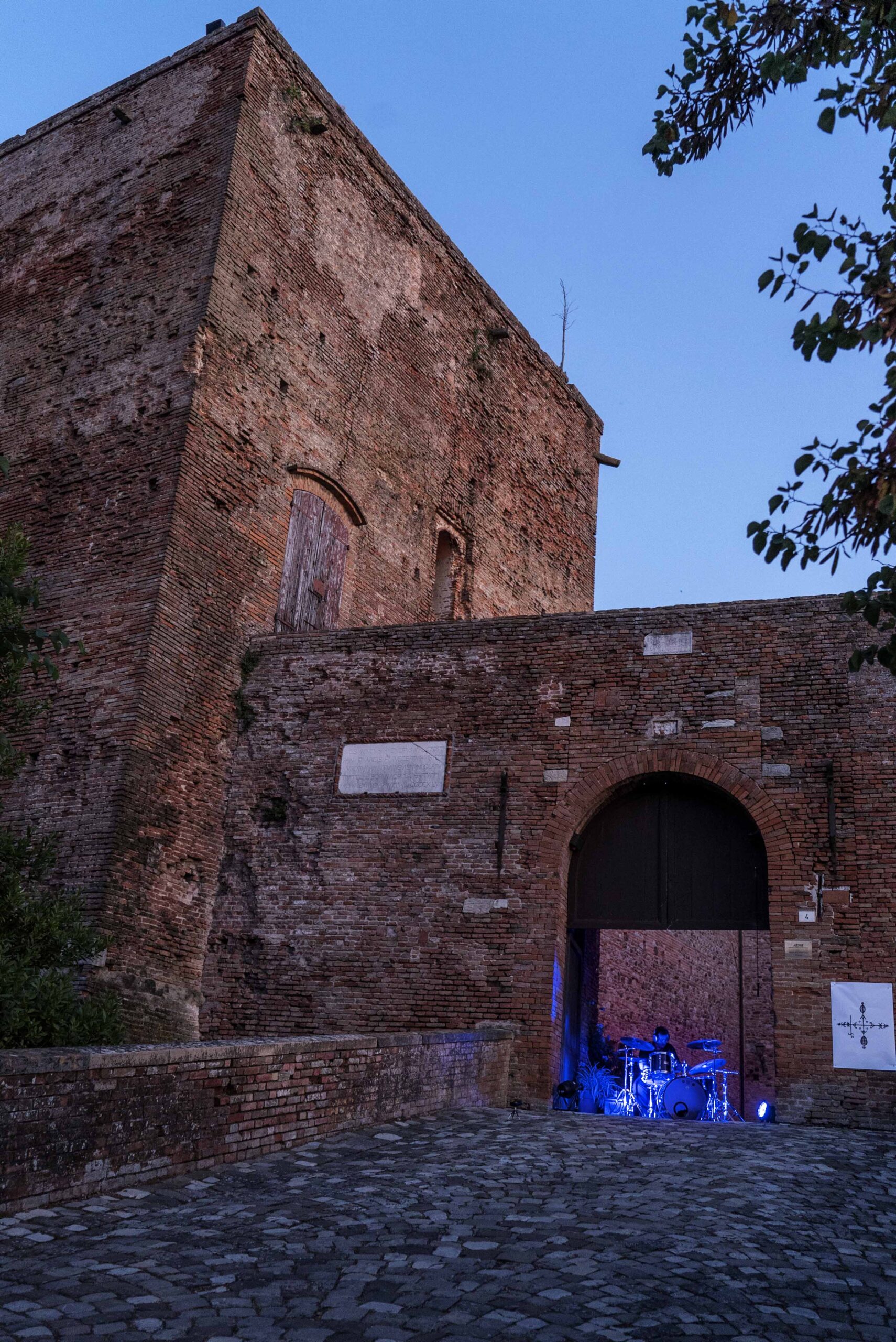 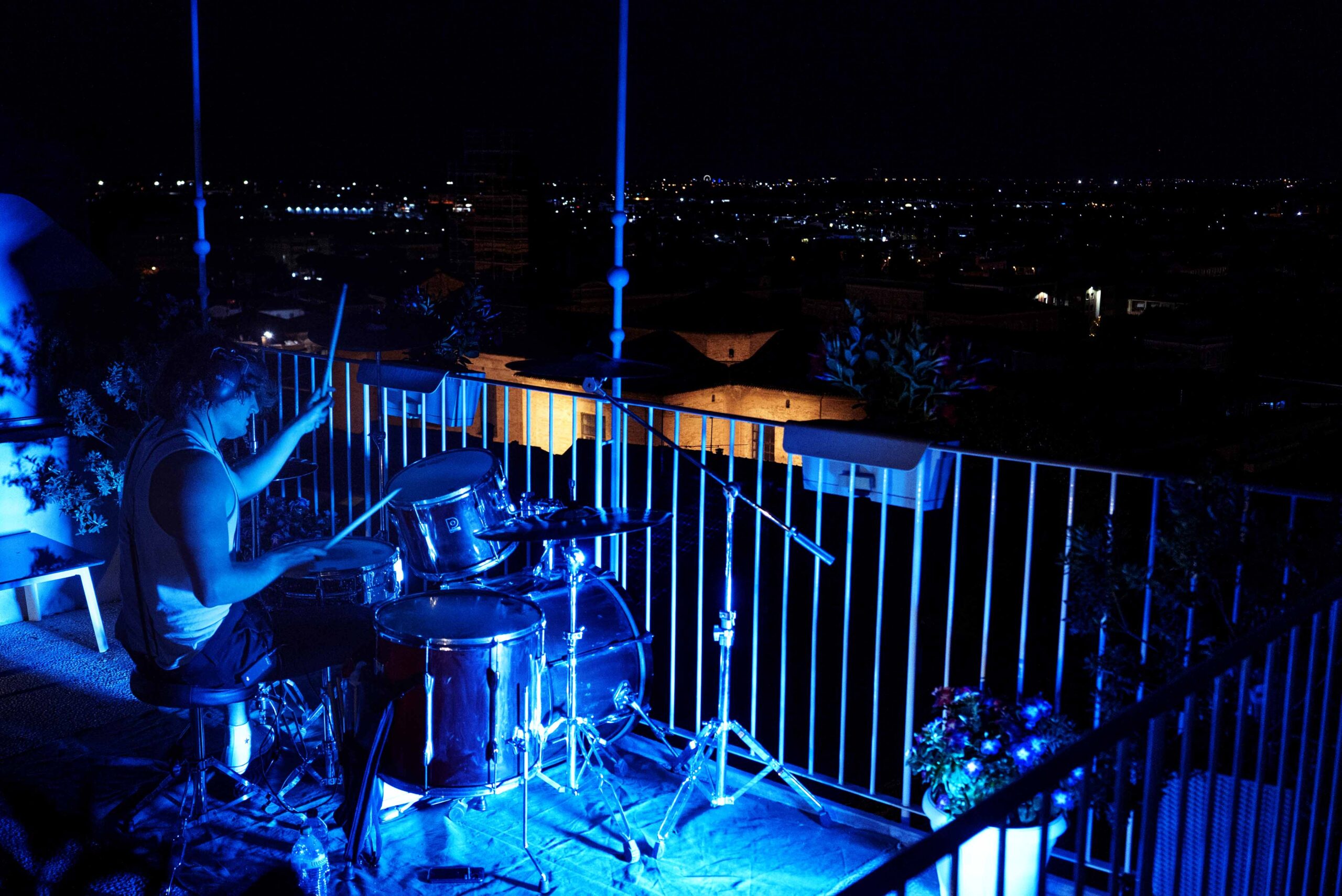 The exhibition was developed around the Grand Bois project, scheduled for July 9 at 20.30.

Grand Bois is a crossroads, a place of intersection. It rises with rhythms coming from far away rooftops and carries in its caves the signs of ancient spirits.

Grand Bois is a ceremony for sharing beats. It is simultaneously plural and individual, open to encounters and exchanges with other knowledge.

Grand Bois draws on the Haitian tradition of voodoo ceremonies, born from the encounter between African culture, the religion of slaves brought to America from Africa, and the animism of Native Americans incarcerated in Haitian prisons: a common root of rage and spirituality transformed into a joyful and theatrically energetic faith.

Grand Bois attempts to intercept what remains of those traditions, embodying their evocative power in the present, spreading it through the cracks of a collective event, revealing it through the sudden apparition of the symbols of ancient spirits.