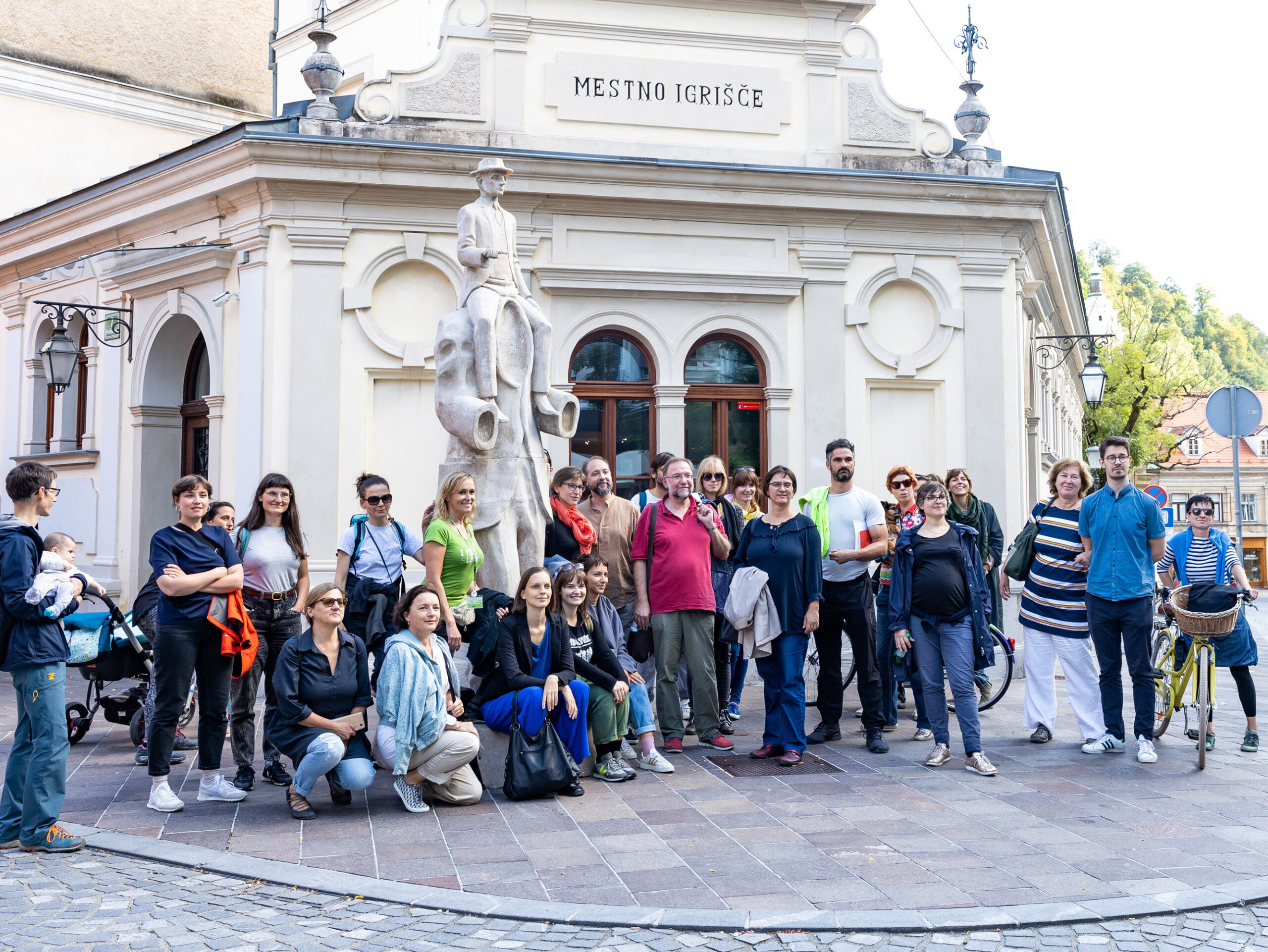 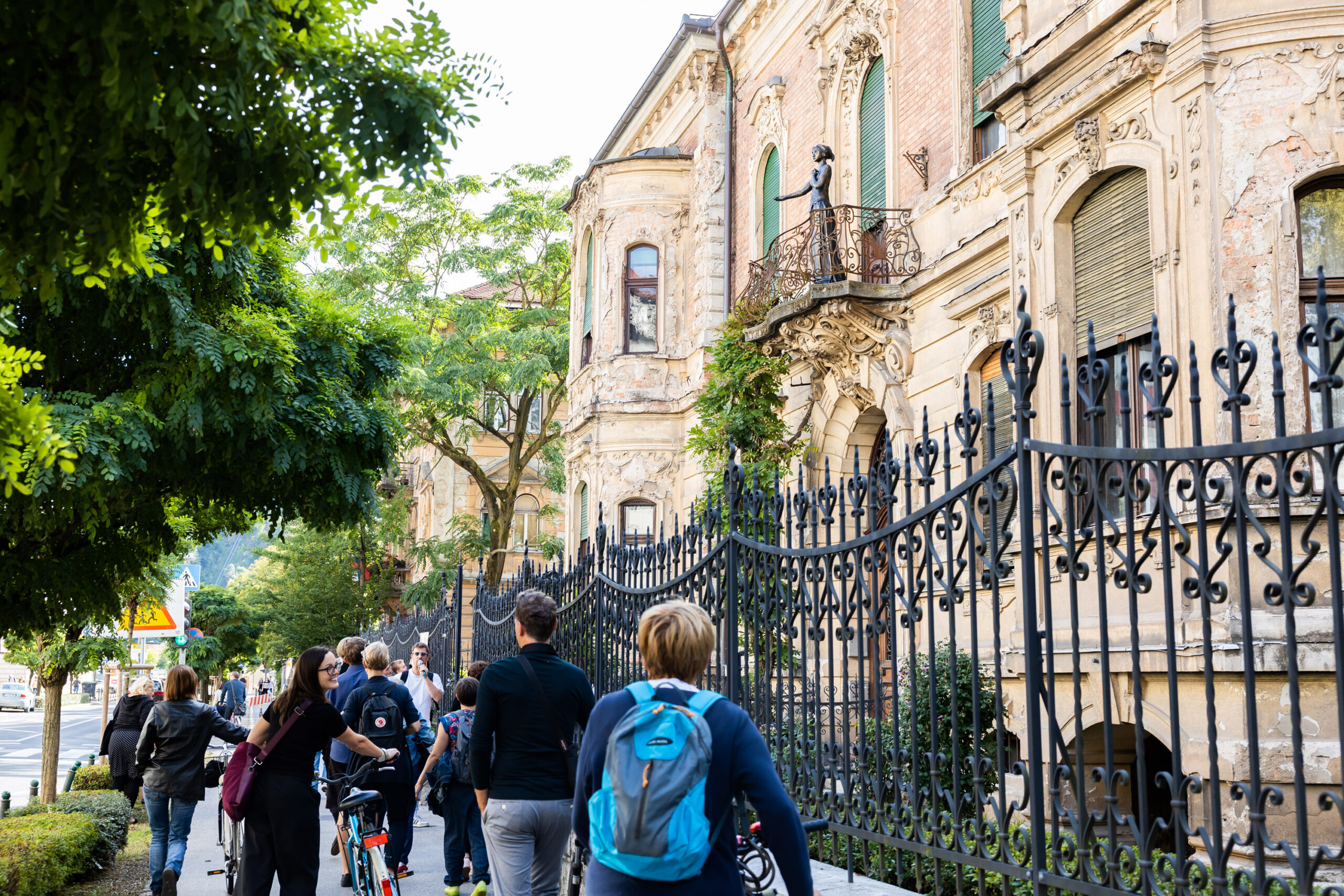 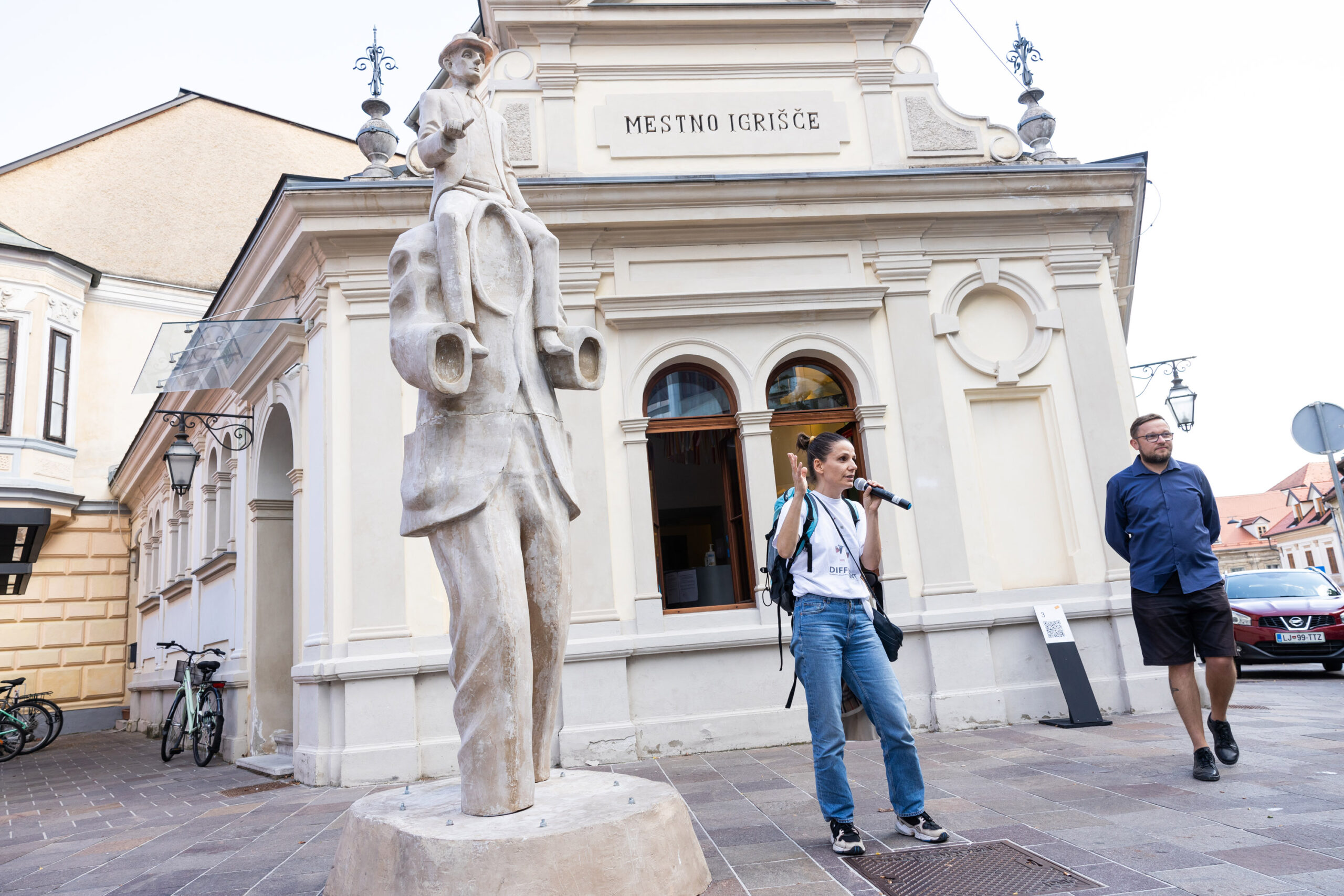 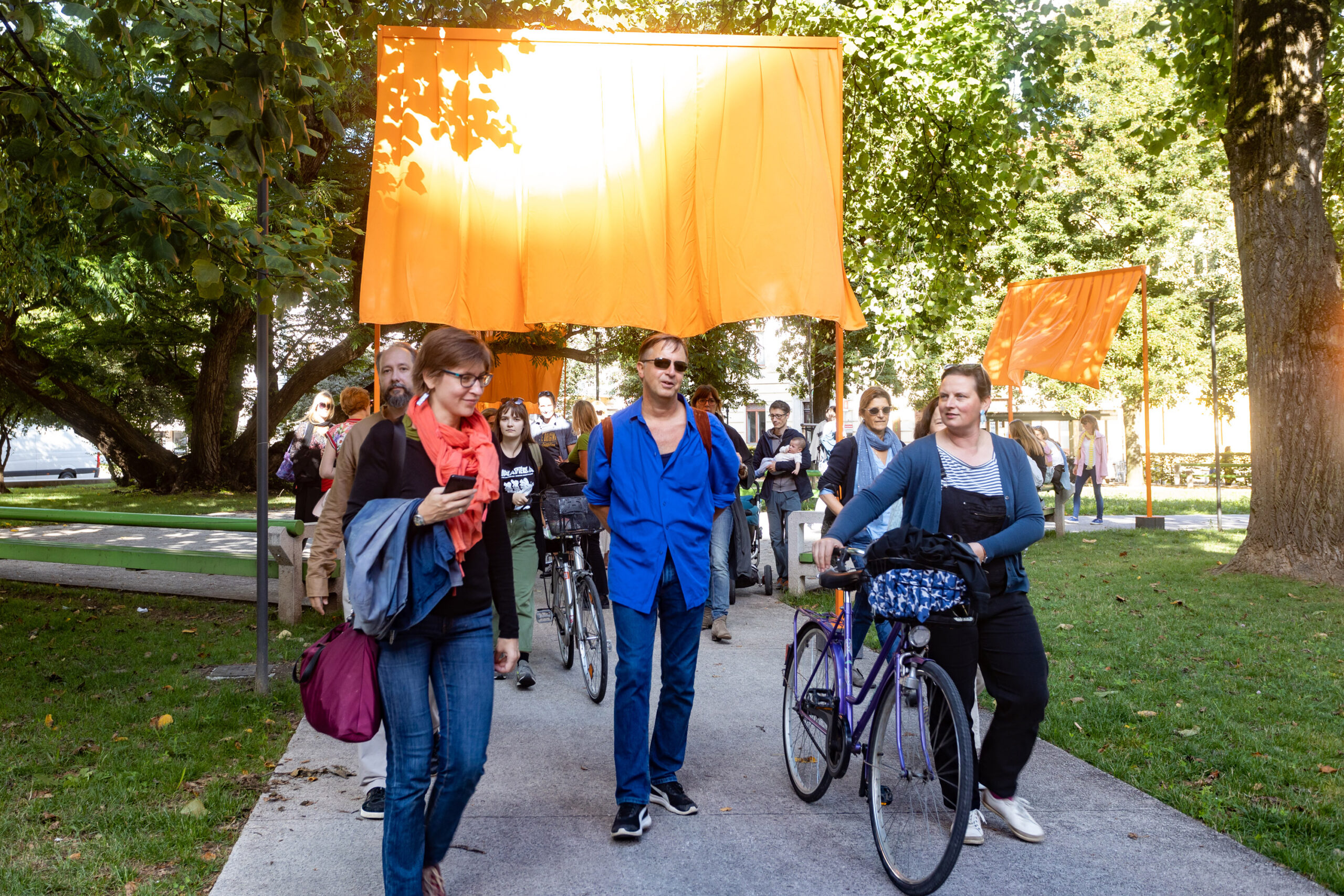 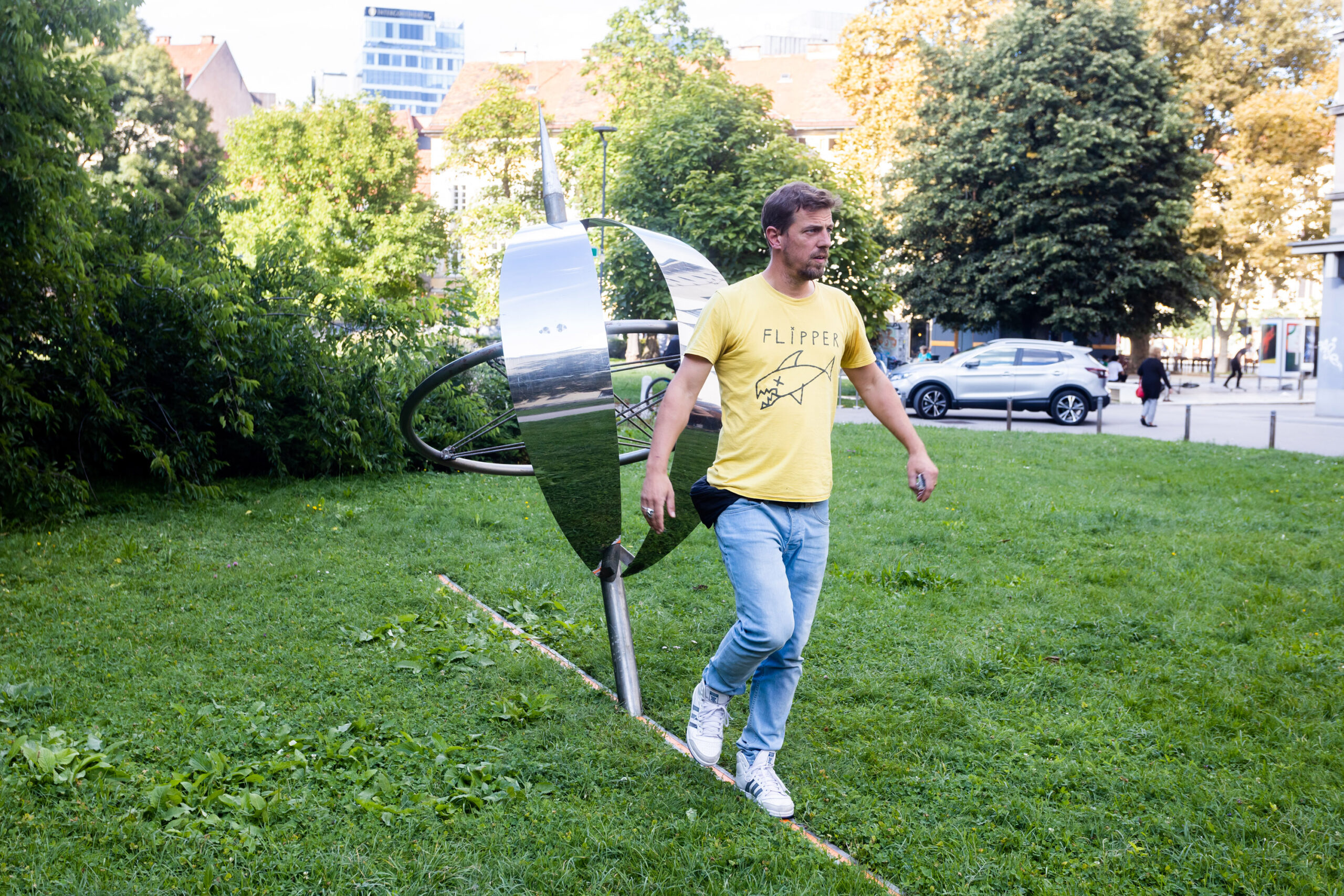 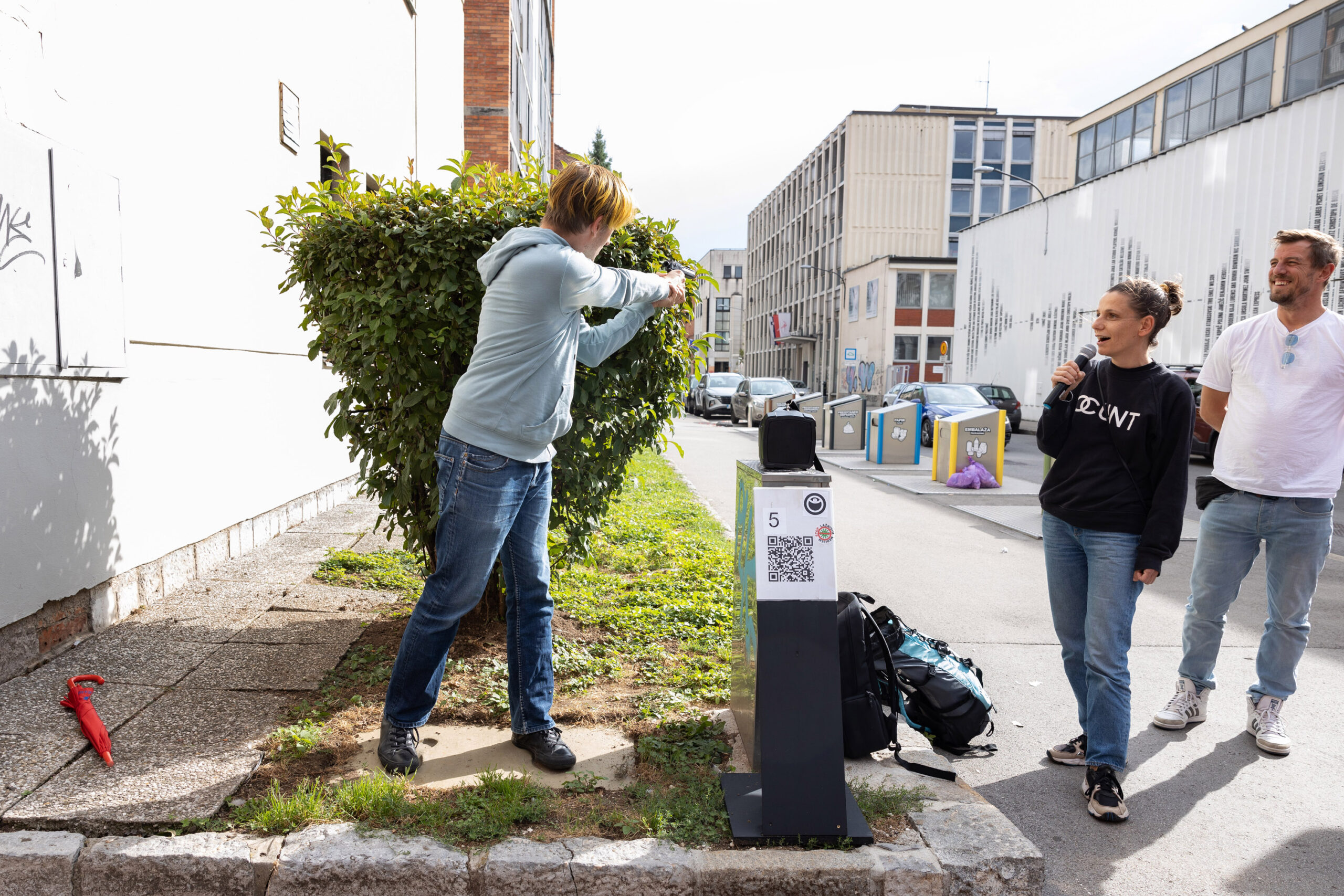 God’s Entertainment is a Vienna based international collective with a telling name. The collective is fluid and often includes (at least temporarily) people who collaborate on a project basis and who are not necessarily artists. They like to touch on sore spots, but always with respect and humour at the same time, in a mix of visual art,public space interventions, and theatre. Last year at the Mladi Levi festival, they revealed things that are swept under the (national) carpet, Under the Carpet; this year, they will help us rediscover tourism.
In his Travels with Herodotus, Kapuściński already wondered what drives man out into the world; curiosity, hunger for experiences, addiction to being in awe… What drives us today to fly around the world with low-cost carriers, or why are we sad for not being able to travel at the moment? Kapuściński wrote at a time when modern tourism was still in its infancy, and for the last year and a half, tourism has been hit by the corona crisis, which fuels our desire for the world with new limitations and possibilities. Europe To Go is a guided tour of the city of Ljubljana, but we will visit some of the key tourist points in Europe. Rome, Paris, London, Sarajevo… The starting point for Europe To Go is, of course, the corona crisis, which turned the global dynamics of visiting tourist attractions upside down. After the guided tour, we will of course wonder about authenticity, but at the same time, we already know: is there anything really authentic about tourism that invites crowds to look at small artefacts and Potemkin sceneries of historical sights, selling them lighters and magnets in the process? The sightseeing tour of Ljubljana also offers small dialogues between world famous landmarks and the local context, as well as subversive deviations in the explanations of all participating guides. It’s not about the destination, it’s about the journey, it’s not about travelling abroad, it’s about Europe to go!

With and by: God’s Entertainment
Local producers: Alma R. Selimović, Špela Kopitar
Supported by: Evropska unija – Program Ustvarjalna Evropa, Kultura, Create to Connect -> Create to Impact
With the kind support of the Cultural Department of the City of Vienna and of the Federal Ministry of Arts, Culture, Public Service and Sport of Republic of Austria

Guided tour is in English and Croatian.