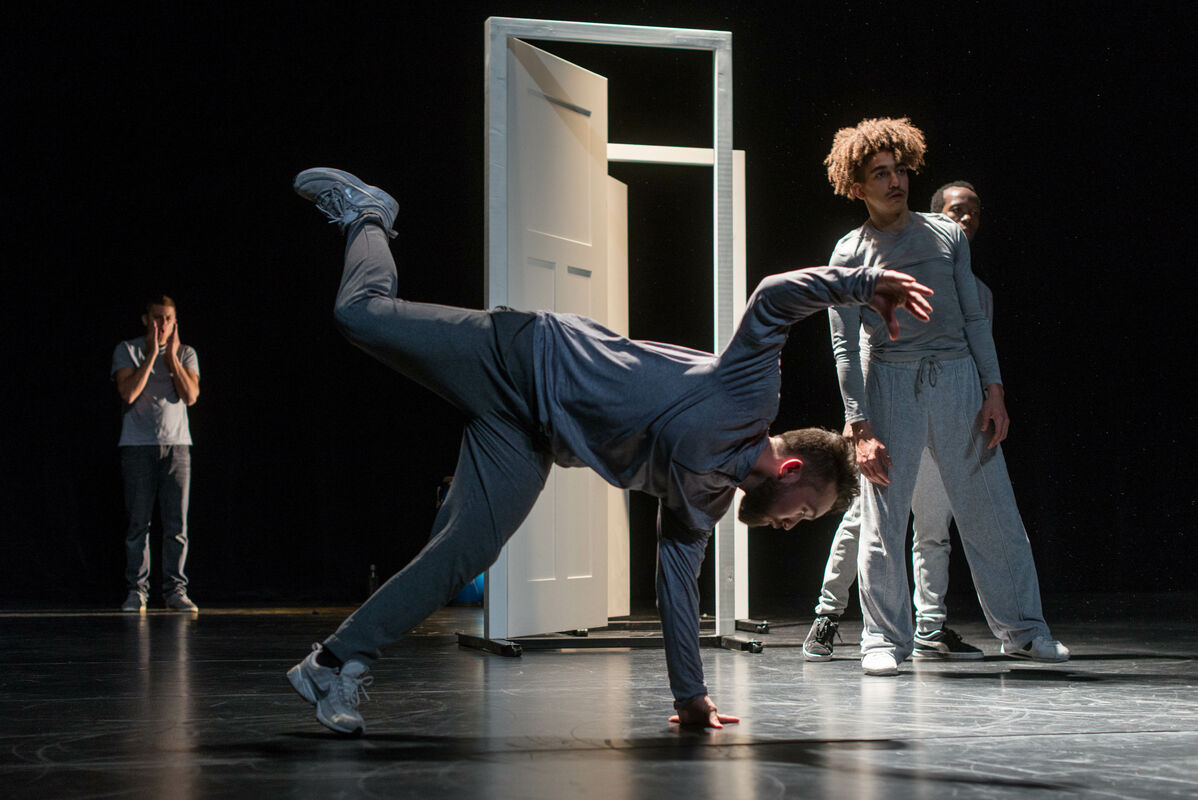 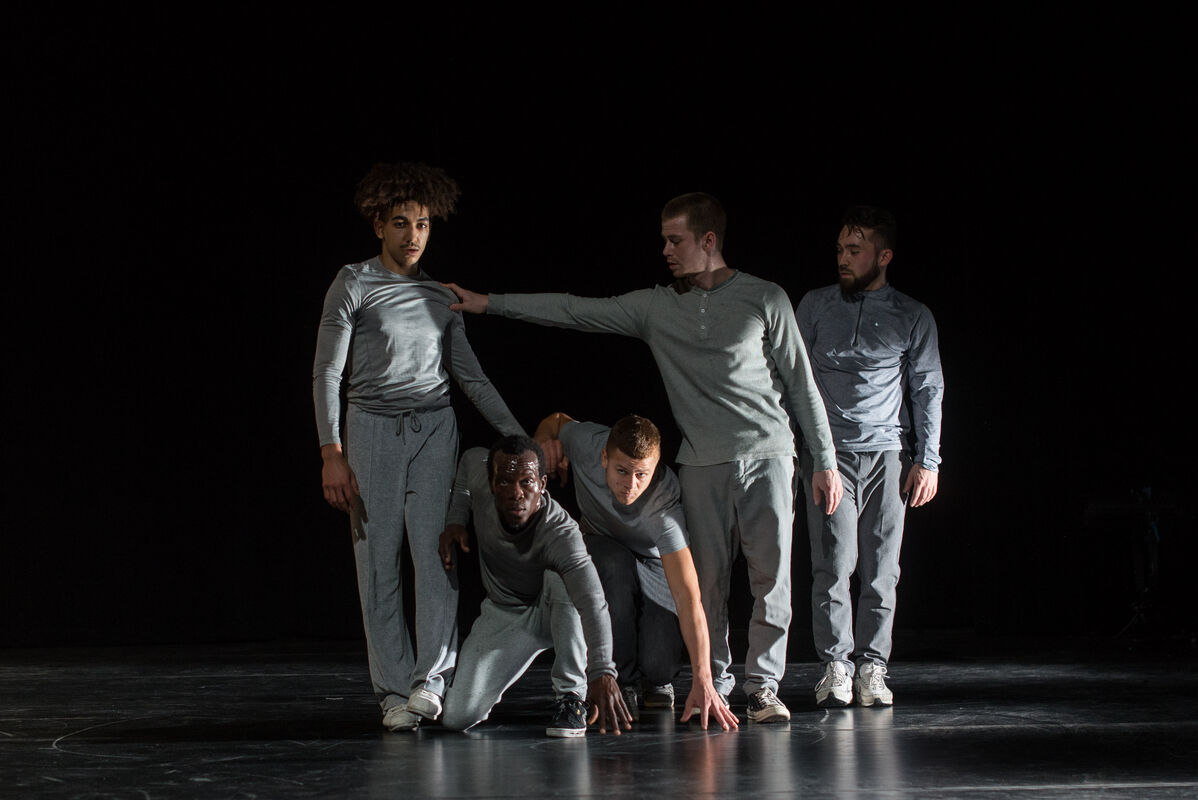 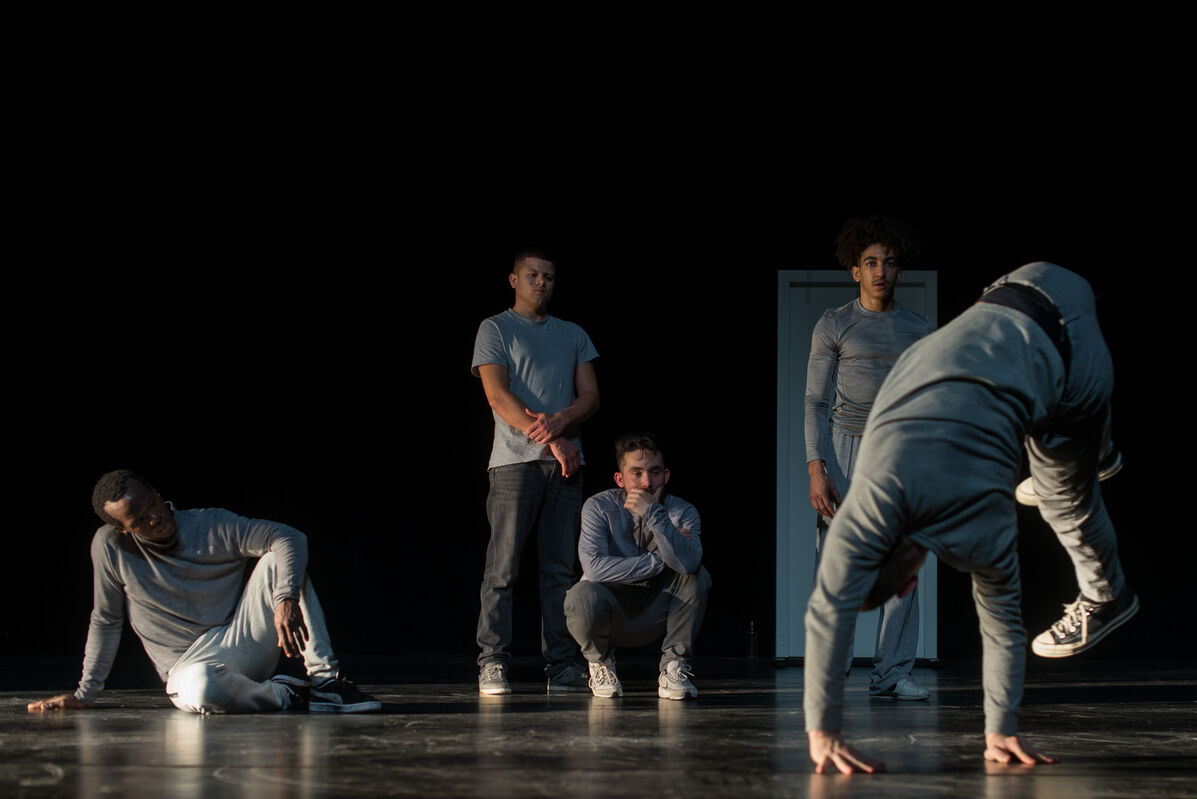 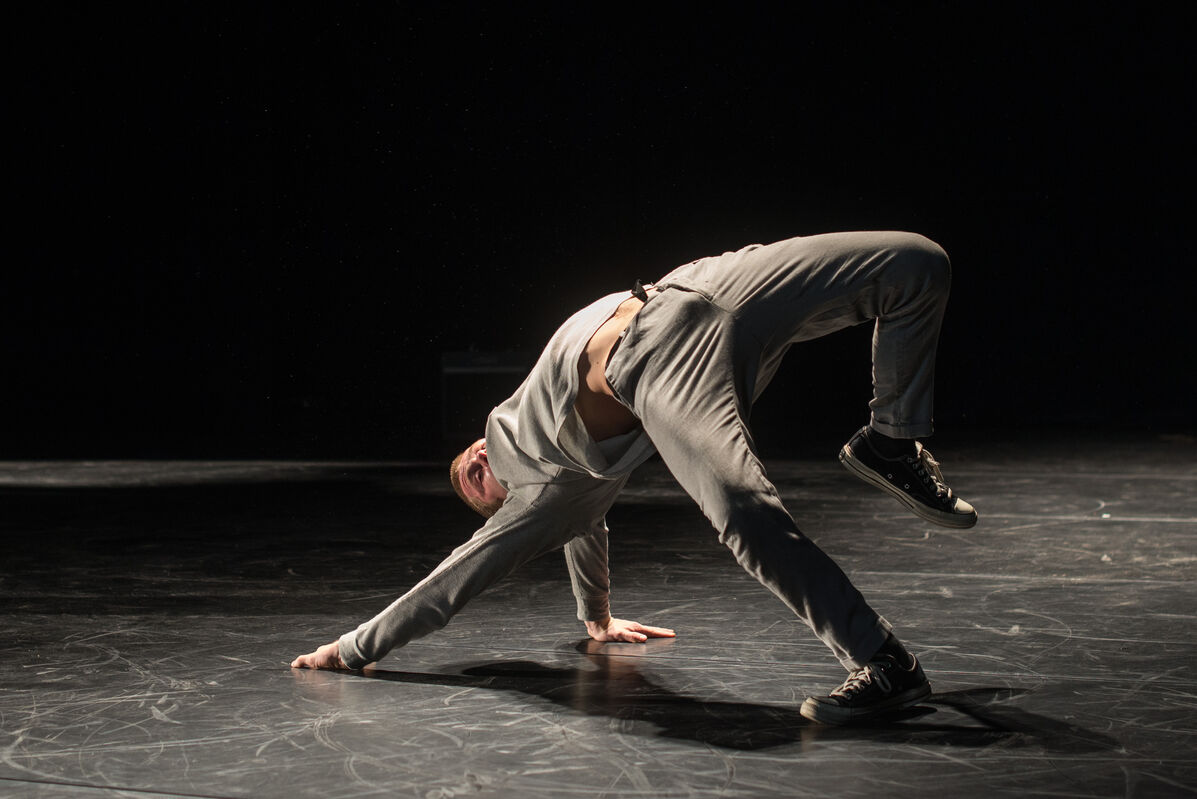 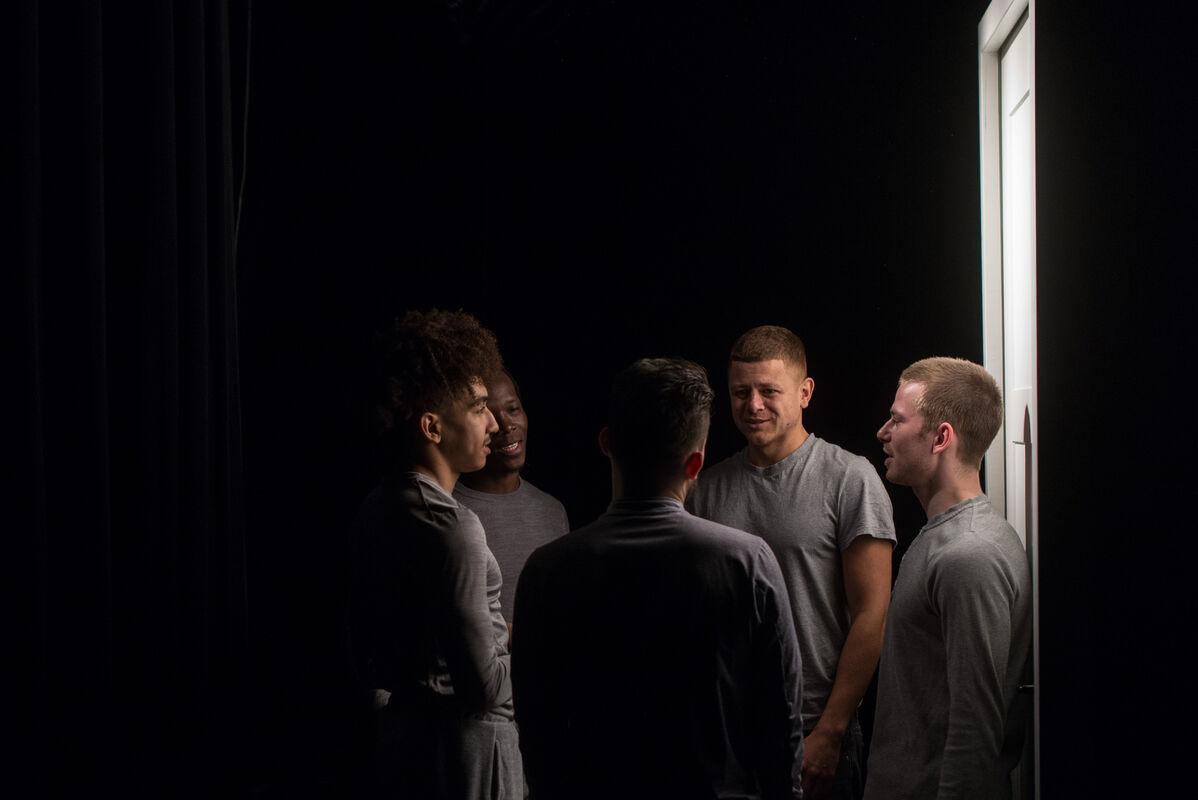 A compact ‘in your face’ dance performance shows the struggle of 4 b-boys and a percussionist around the theme fatherfigure. Breakdance scenes with soul, repetitive rythms, dynamic and silenced images will make Father Figure an impressive dance collage.

Father Figure is an production of Lloydscompany. Under the flag of Lloydscompany the danceres/upcoming makers and the underground battle scene together. The company produces performances and make a bridge between the street and the stage.

Founder Lloyd Marengo grew up in the raw background of Rotterdam in the eighties and learn to dance on the street. In the nineties his hangout in Rotterdam West became the epic centre of hiphop. Lloyd made furore with 010 B-boys who made successes worldwide and put the Rotterdam hiphop and streetculture on the map. Lloyd is one of the founders of the Hiphophuis, he worked for Scapino Ballet and Conny Janssen Danst and could been seen during the Nederlandse Dansdagen.