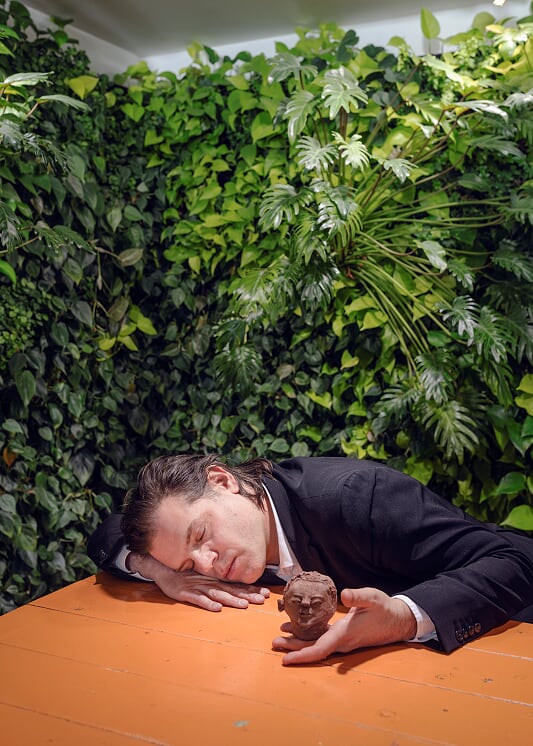 On a former Unilever plantation in DR Congo, a White Cube was built. Here, the Plantation Workers Art Cooperation CATPC and Dutch artist Renzo Martens study the relation between art and plantations. Ultimately, their goal is to prove that artistic critique on economic inequality can redress this inequality, not symbolically, but in real, material terms.

With the establishment of this White Cube, designed by OMA, the mechanisms through which plantations have financed and inspired the global art world are reversed. The White Cube attracts the capital and visibility needed to invent a new ecological and economic model on site: the post-plantation.

This model is sustained by CATPC’s sculptures, characterful figures first produced in clay before being cast in chocolate. After being digitalized with a 3D-scanner in Lusanga, the sculptures are cast in chocolate in Amsterdam, the biggest cocoa harbour in the world, using cocoa originating from African plantations. The surface of the chocolate sculptures clearly bare traces of the scanning and 3D printing process. CATPC’s first solo show with these sculptures in the United States in 2017 was hailed as the one of the best exhibitions of the year by the New York Times.

More recently, the cooperative has started to participate in performative works and films — such as the video directed by Belgo-Congolese movie director and musician Baloji on view here. The production of this video is the first manifestation of the collaboration between Renzo Martens and NTGent, which will lead towards a remake of the film The Gospel According to Matthew, filmed on the plantation with the plantation workers in every position of the production process.

CATPC uses the income from these production budgets and the sales of their artworks to buy back land. Based on the most advanced agroforestry techniques, the former plantation is used to establish experimental, community-owned gardens.

The project included an exhibition with work from Renzo Martens and a masterclass/debate.