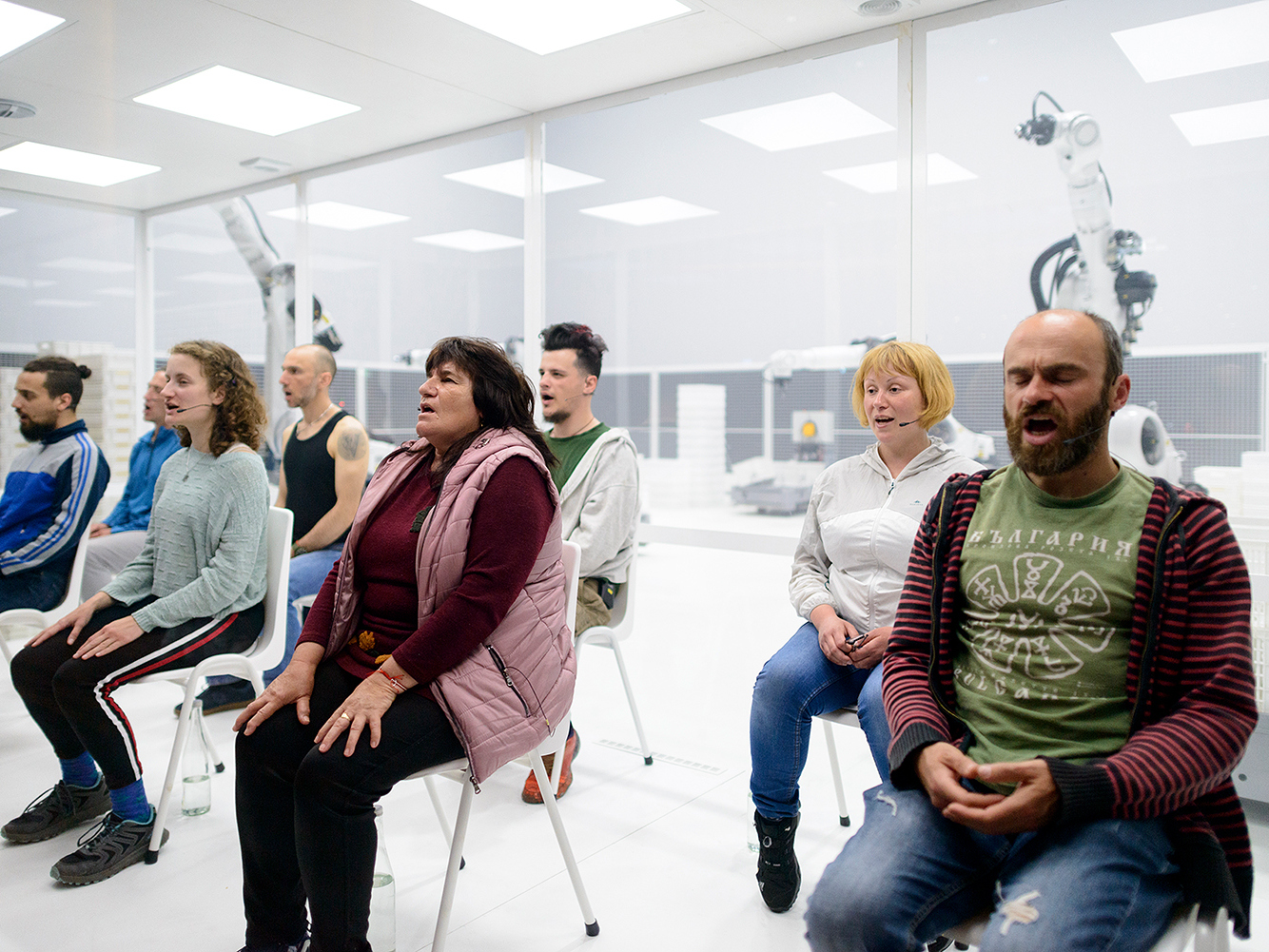 Brothers, raise yourself to freedom

Humans as stowaways in a big distribution center

Where is our body serving for these days? By techgiant algorithms are searching 24/7 for the biggest margin of profit. Jobs are taken over by robots and forms of artificial intelligence. Do we have use? Will the working class be revived? Or is it better to lay down ourselves with the inevitable automation?

Brother raise yourself to freedom shows the human as a stowaway in a big distribution center. This work is being made with a group of Bulgarian performers who have experience as a labor migrant. The stage serves as a workfloor, where daily for 8 hours long a ‘living installation’ is being seen. Spectators buy, just like in a museum, a ticket for a timeslot. The living quarters of the performers is an art institution in Den Hague. During the whole tour an exposition is to be seen around the work, with the movie ‘The Recruitment’ over the creation of the work in Sofia and a series of video portraits of the performers.