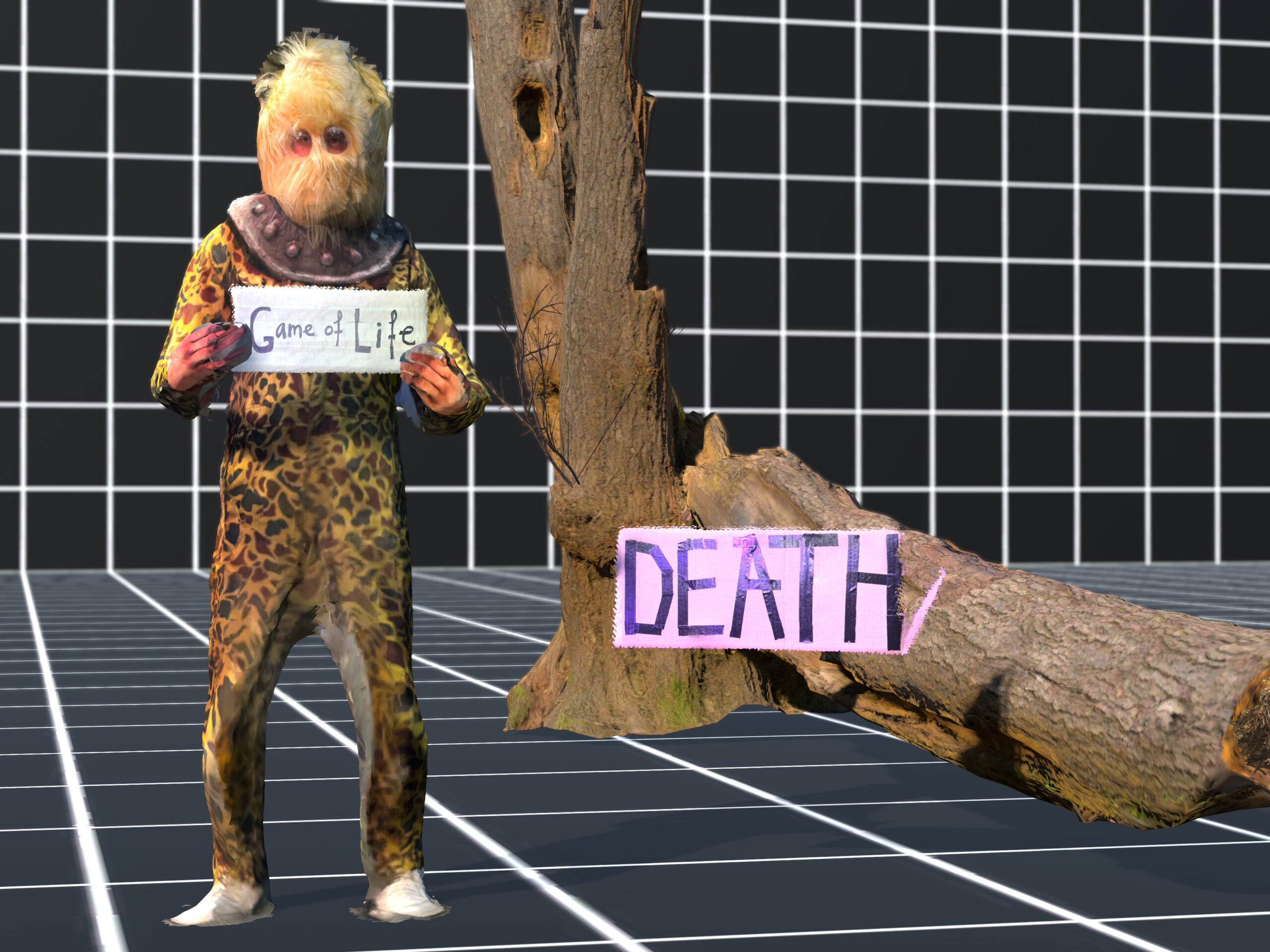 BOOGAERDT/VANDERSCHOOT, The playground to become ‘us’

Who are ‘we’? And what would the world look like if we dissolved the conceived boundaries between humans, animals, plants and things?
Situated in a playful technological area BVDS proposes to let go of our focus on the individual, and instead to practice the creation of a collective body. In a playful manner, inspired by the swarm and the herd, Crowd simulation room investigates the possibilities of humankind to connect itself to the bigger picture. In a practice room amidst people, animals, plants and things the visitor engages in The game of life, within a simulation that does not promote the survival of the fittest, but rather makes room for co-existence.

Crowd simulation room is part of the four-piece Rooms for transformation, which will be built by BVDS in the coming years. In these transformation rooms, together with the audience the makers dream a new world into being by making disorienting, light-hearted, confronting proposals to change the role of mankind on this planet. The reality that will appear is the reality we grant our attention to. With this uplifting principle at the outset, BVDS creates rooms to put these ideas into practice. For, as human beings, we are always ‘in the making’: our current human form is not the endpoint of evolution. BVDS dwells on and moves around the question of how we as contemporary western human beings can and must transform ourselves.