Borisav Matić: HIGHLIGHTS FROM THE MLADI LEVI FESTIVAL IN LJUBLJANA 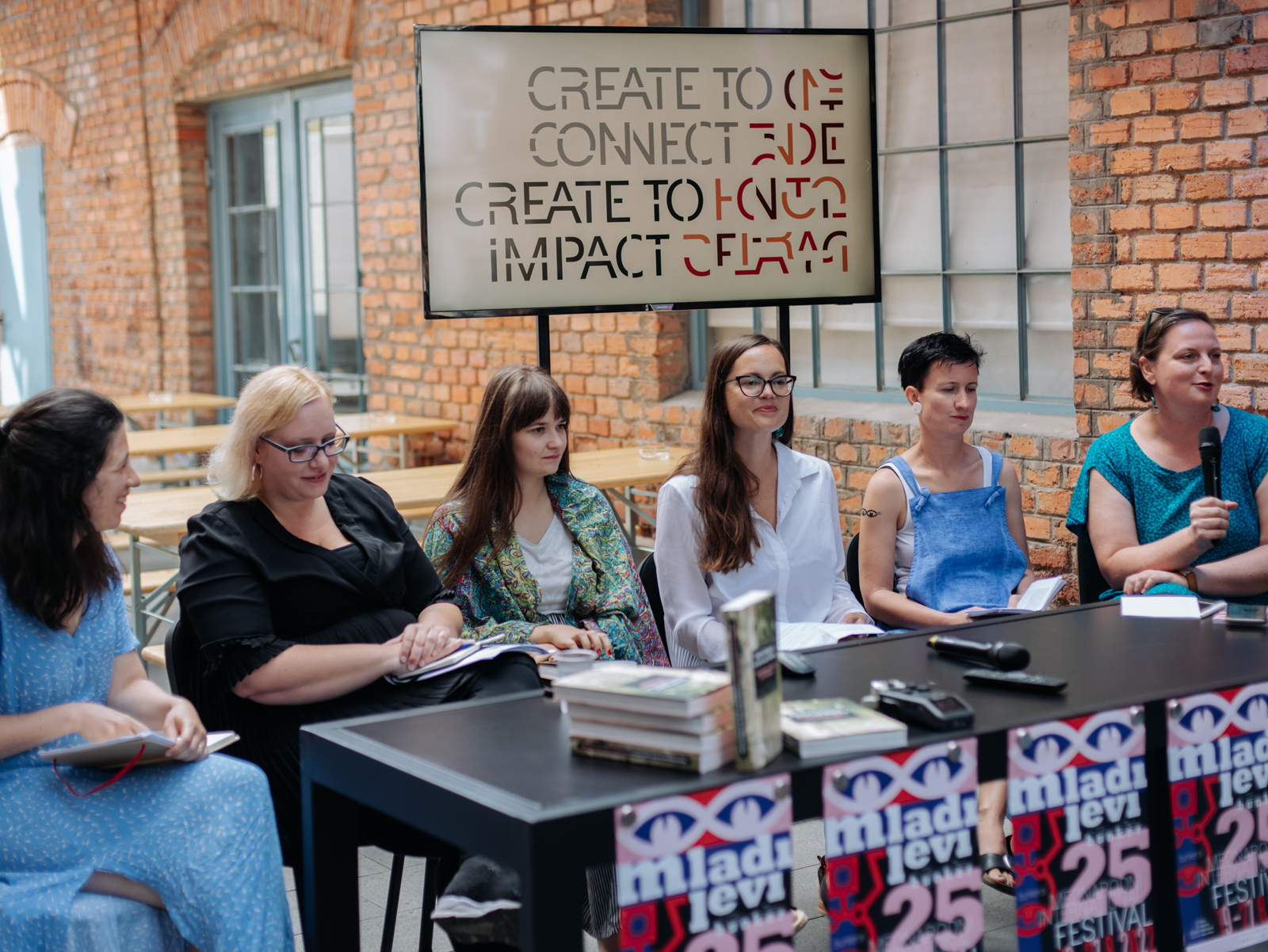 Thee 25th edition of the international theatre and dance festival Mladi Levi (Young Lions) was successfully held in Ljubljana from 19th to 27th August. The festival, organized by a Slovenian non-profit cultural organization Bunker, is held at the end of each summer and it primarily showcases independent performing arts works, but it also bases a big part of its program on discursive events and the intersection of theatre with other arts.

We bring you the highlights from the 25th Mladi Levi festival.

INNOVATIVE DANCE PERFORMANCES
This year’s selection has been marked by three innovative dance performances that draw inspiration from different styles and dances.

The music and dance performance Bodybodybodybody was presented at the very start of the festival and it managed to energize the audience with its wild ritualistic music and equally ecstatic dance. While creating the show, Dag Taeldeman and Andrew Van Ostade were inspired by an old Southern Italian ritual where the participants would repetitively dance to the music until they get rid of the evil spirits. The artists composed an eclectic composition of electronic sounds, drums, bass and even opera vocals. But the absolute hero of Bodybodybodybody is the dancer Matteo Sedda who performed for a full hour a repetitive, ritualistic and incredibly physically demanding dance. When the music stops, Sedda collapses on the floor and the audience applause goes wild, everyone is aware of the cathartic potential of this dance piece.
The other two dance performances at the Mladi Levi festival were both created by the Italian choreographer Alessandro Sciarroni. The piece TURNING_Orlando’s Version is in a way a complete contrast to Bodybodybodybody – it’s a 45-minute contemporary ballet meditation on turning. On the other hand, one could argue that these two performances have a lot in common given that they are both based on repetitive movements – in TURNING_Orlando’s Version six dancers show the audience various dance moves that are based on turnings.

Another revelation at the festival was Sciarroni’s second performance, Save the Last Dance for Me that’s a recreation of an almost-extinct Polka Chinata, an Italian dance from the beginning of the 20th century that exclusively men played at the time in order to attract women. But Sciarroni and the two dancers, Gianmaria Borzillo and Giovanfrancesco Giannini, redefined the meaning of the Polka, creating a queer dance out of it – the attention of the performers is no longer focused on attracting anyone from the audience (no matter their gender), but on themselves and the moments they share while dancing.

SOCIALLY ENGAGED THEATRE
Many performances in the 2022 selection of the Mladi Levi festival wrestle with serious social and political problems in various theatrical forms.

The show All Inclusive (director Julian Hetzel) deals with the question of how the European artistic establishment is exploiting the war in Syria for artistic creation, often retraumatizing people who survived violence. The story of the show is focused on an art exhibition about violence and war where the museum curator (Kristien de Proost) guides a group of refugees (played by actual refugees) through the program. All Inclusive is saturated with dark humor and elements of the absurd that culminate in a stylized moment where the curator and two supporting actors (Edoardo Ripani and Geert Belpaeme) perform a pop song that narrates how many people have been killed by cluster bombs during conflicts.

If art can be destructive and traumatizing – as we learned in All Inclusive – it can also be used as a good tool for examination of complex social questions, as it is the case with Out of the Blue, a documentary performance by the Belgian artists Silke Huysmans and Hannes Dereere. As the research for the performance, the duo interviewed a fair number of deep-sea experts and mining company representatives in order to access the environmental impact of deep-sea mining, a practice that can bring us minerals necessary for the green energy transition, but that can on the other hand seriously harm marine life. By transparently showing us the audio-visual material they gathered during their research, Huysmans and Dereere are also pointing out that every narrative, including their own, is a construction and that we should carefully and critically engage with the topic.

Other examples of socially engaged art at the Mladi Levi festival are Minga of a Ruined House and Mutilated by the Chilean artists Ébana Garín Coronel and Luis Guenel Sotot. Both shows tell the stories of social unrest in Chile, the former about the Pinochet dictatorship and the latter the 2019 protests against economic inequality. But the performance that deserves a special mention – and is socially engaged in a more personal way since it deals with the question of body shaming – is Fasciarium by the Columbian artist Susana Botero Santos. It starts as a lecture performance by the artist herself about people’s insecurities about their bodies and the conservative society that fuels those issues but ends in a beautifully chaotic party where both the audience and the performers are dressed up in “weird” costumes, overcoming their anxieties by dancing and embracing the strange.

It’s obvious from the programming of the 25th Mladi Levi festival that Bunker strives to make a social impact, either on the artistic scene with innovative performing arts practices or in society at large through socially engaged shows. But it’s not evident just from the festival that Bunker has this goal – the organization was also the leader of the pan-European project Create to Connect -> Create to Impact (CtC -> CtI) that aimed to elicit social change, innovation, empowerment and emancipation through art. This project lasted from 2018 until the end of August 2022 and it had a closing event at the Mladi Levi festival, which was a logical move not just because the Mladi Levi festival coincided with the end of the CtC -> CtI, but because many of the productions showcased at the festival were supported by the CtC -> CtI project.

The closing event was also the occasion to promote the new project publication Social Impact in Arts and Culture: The Diverse Lives of a Concept (edited by Iva Kosmos and Martin Pogačar). In this comprehensive and well-researched publication, 17 contributors wrestle with the question of what (if any) social impact arts have. Among other topics, articles in the book examine the practices of the Theatre of the Oppressed, feminist performance art, the works of Oliver Frljić and Janez Janša and the CtC -> CtI project itself.

The co-editor of the publication Iva Kosmos also noted a clever observation during the promotion of the book – and we could use that observation to also contextualize the Mladi Levi festival and Bunker’s work. According to her words, the arts and culture (together with NGOs and volunteerism) in contemporary society have the function of filling the void that the welfare states left after their collapse, including creating a social critique and a safe space for more humane connections between audiences and performers. It’s not hard to notice that the Mladi Levi festival, at least this year’s edition, has done exactly that.

The article by Borisav Matić was originally published in The Theater Times.