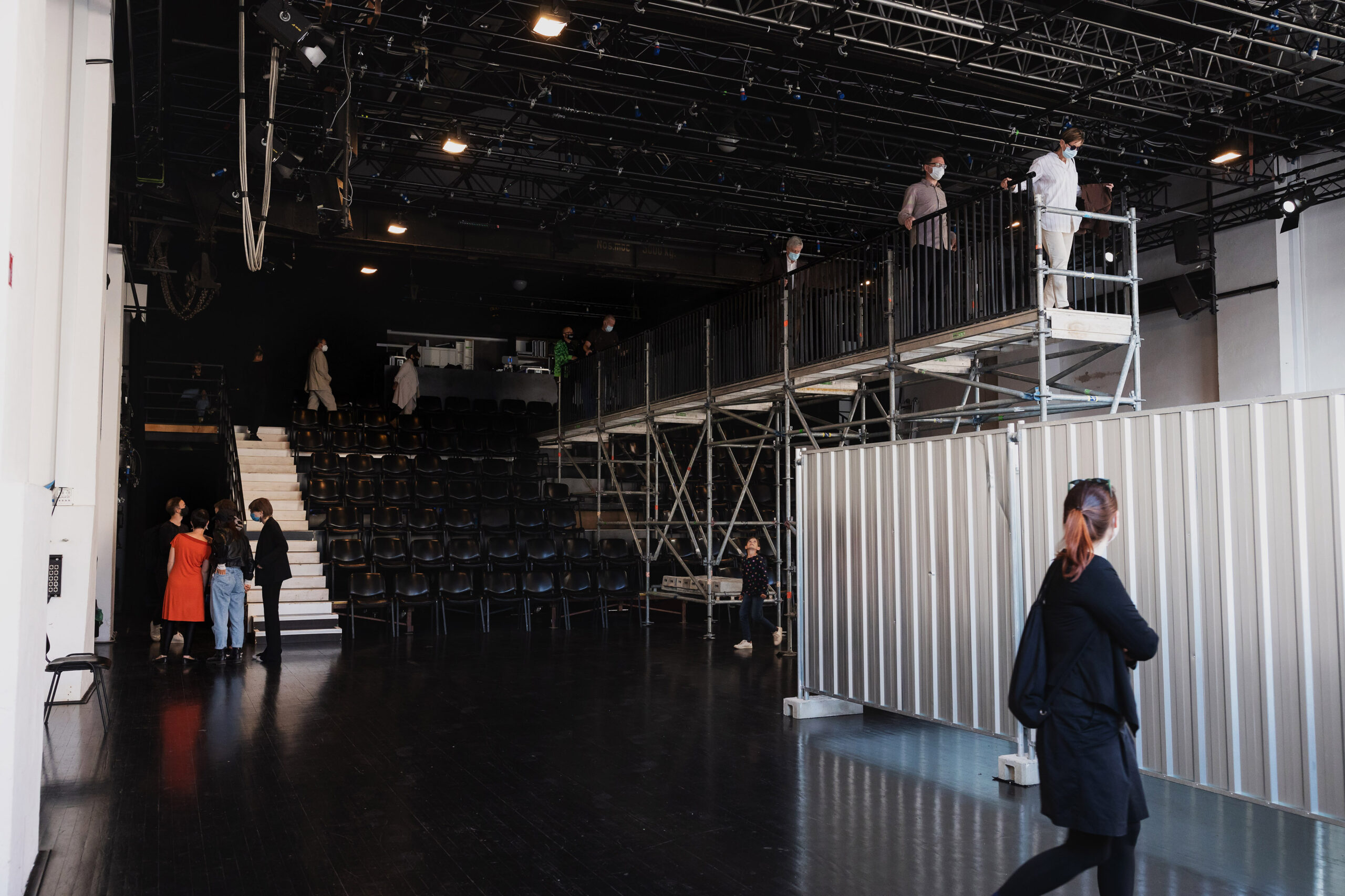 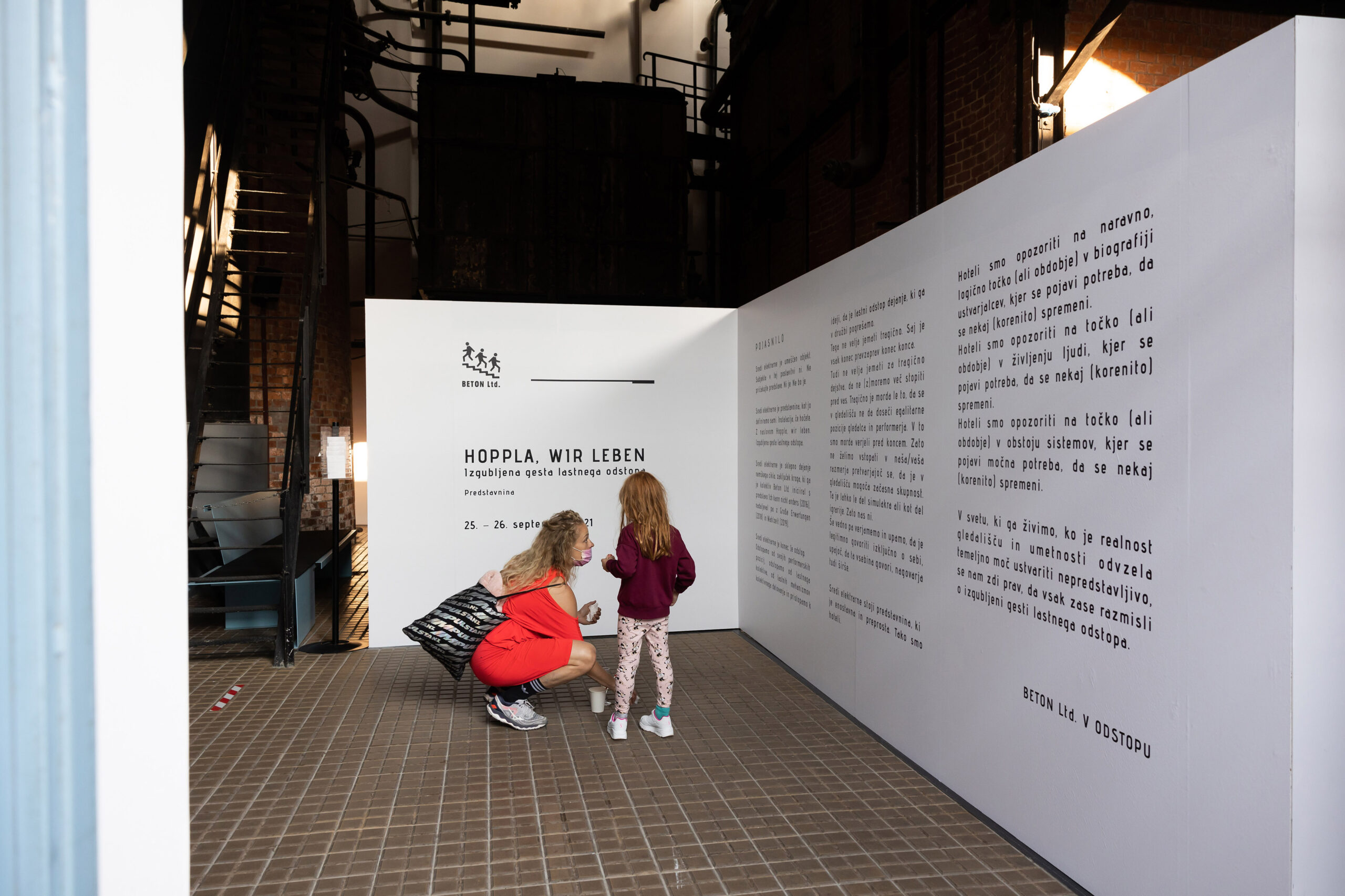 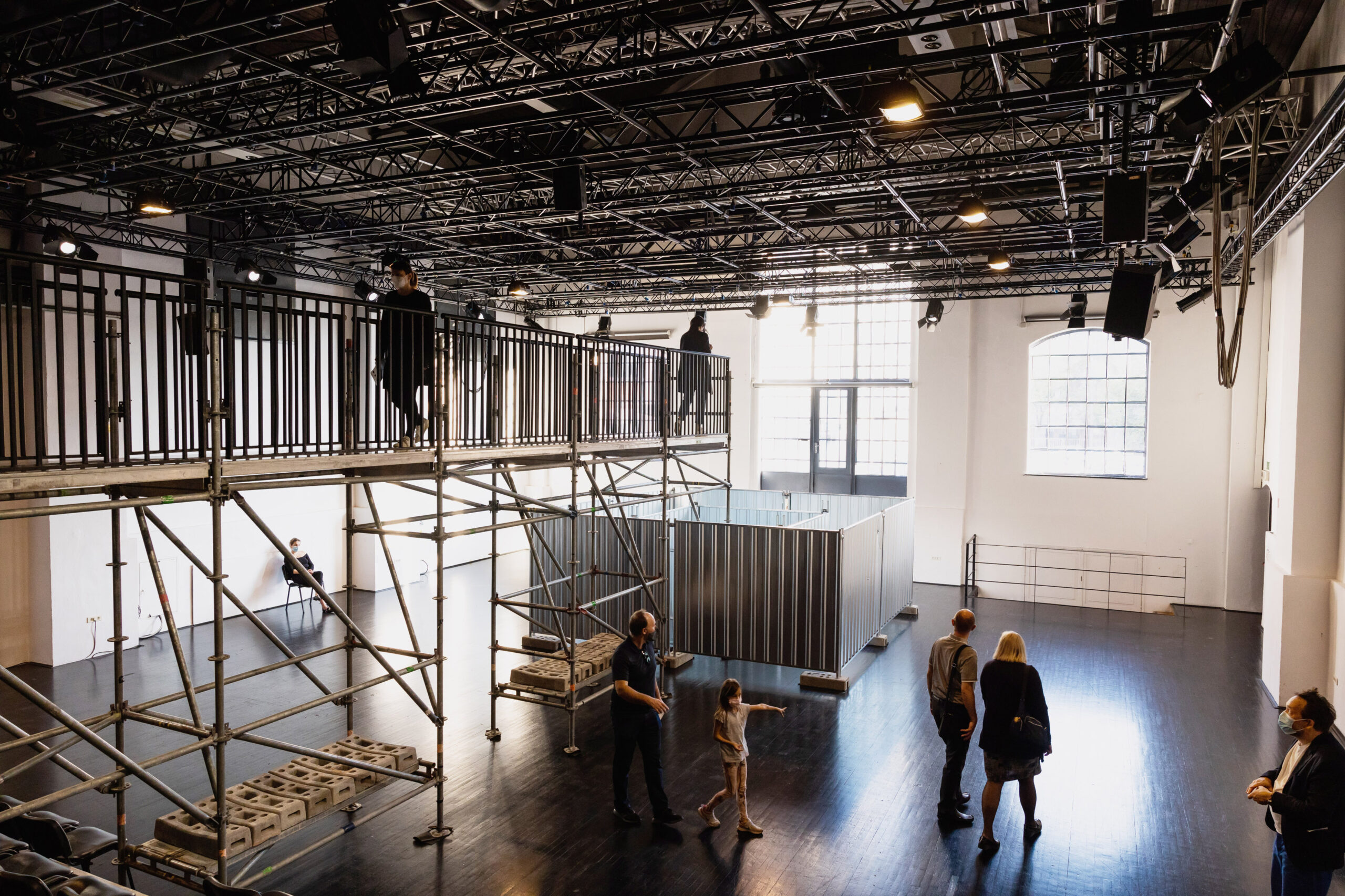 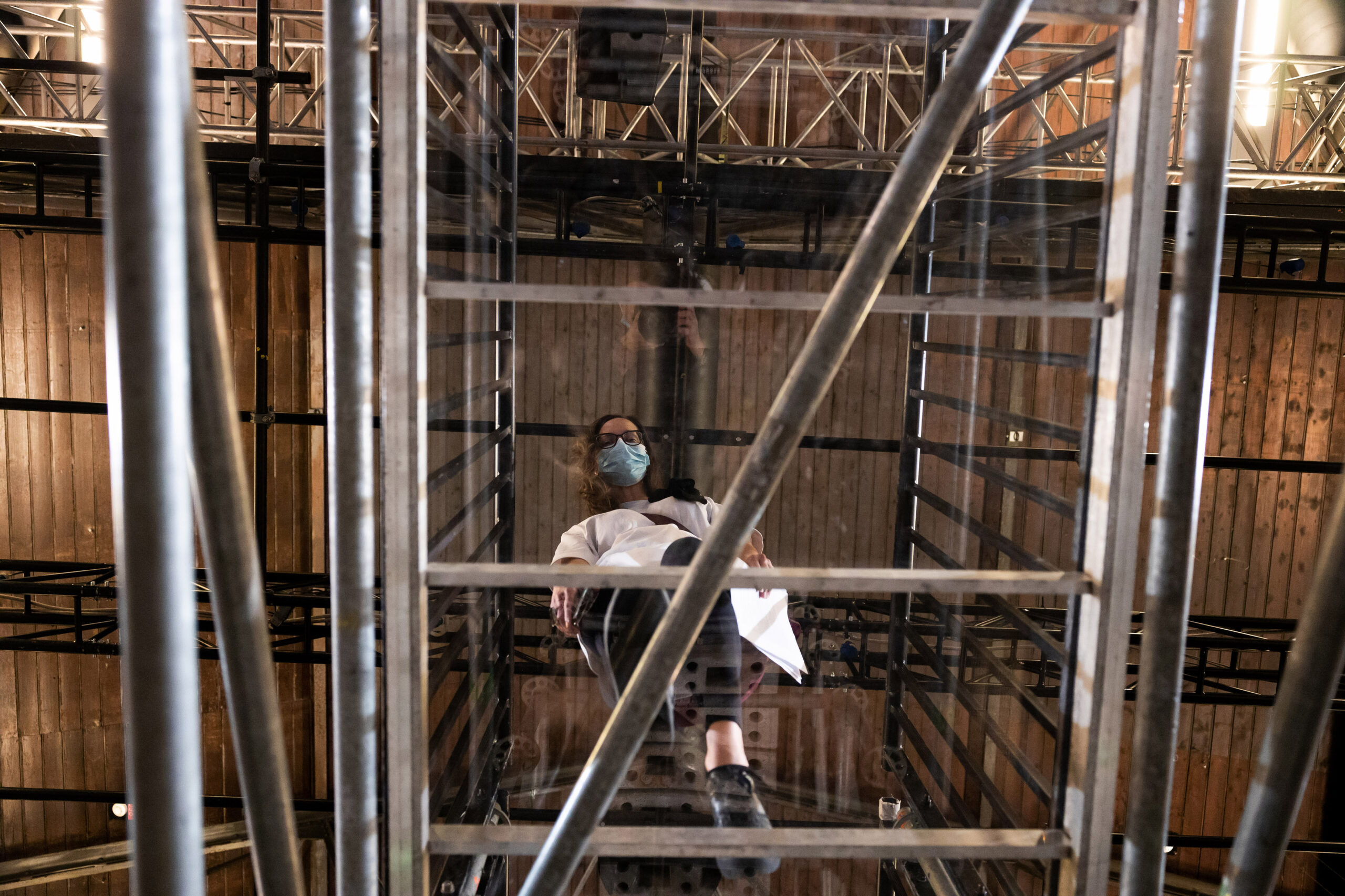 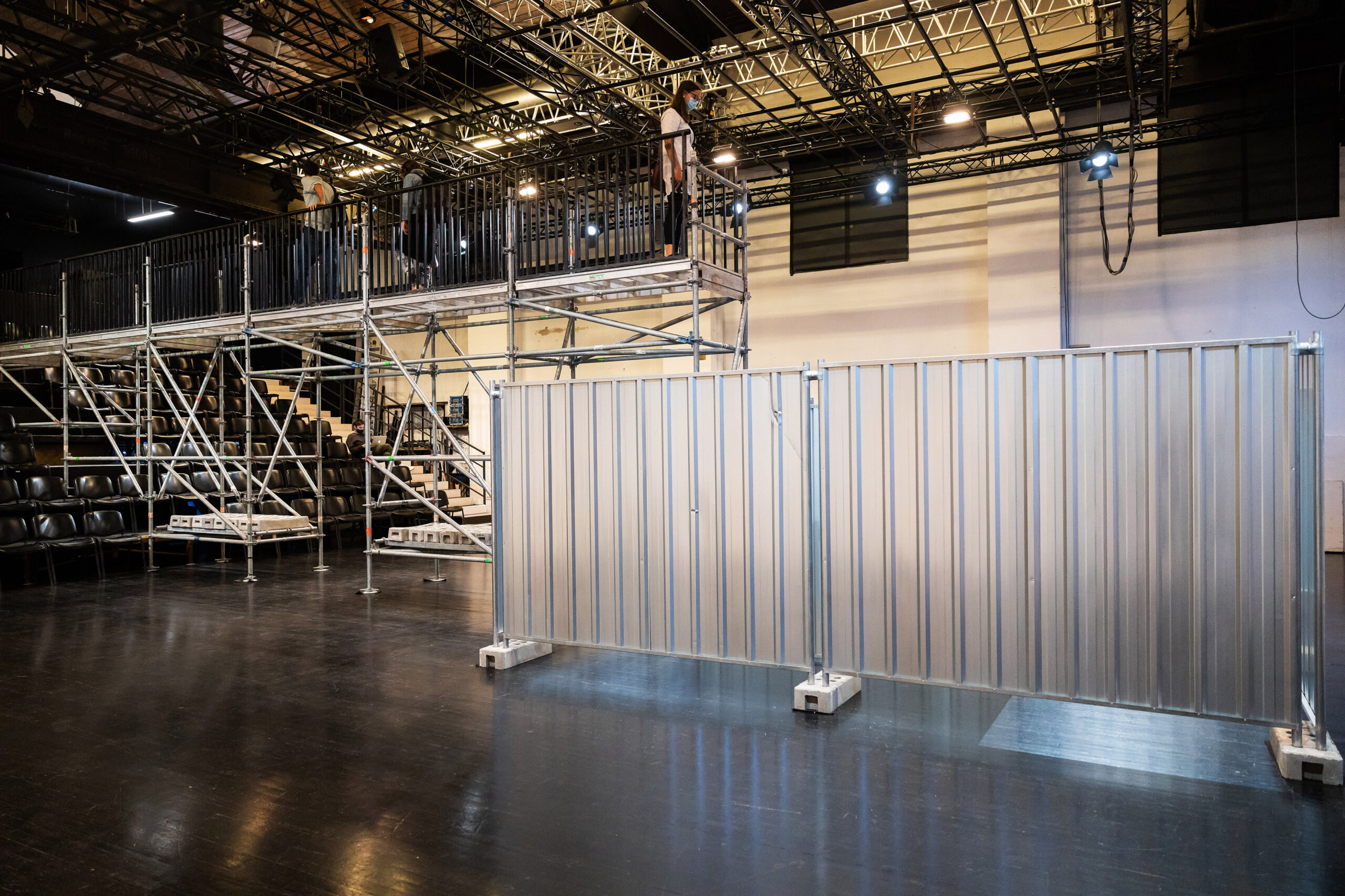 Final Act of the German Cycle

An object is located in the middle of the power station. There is no subject in this set up. Do not expect a performance. There isn’t one. There won’t be one.

In the middle of the power station, there’s a per-formation, as we call it. An installation, if you will. Titled Hoppla, wir leben. The Lost Gesture of Self Resignation.

In the middle of the power station is the final act of the Germany Cycle, the completion of the circle that the Beton Ltd. collective initiated with Ich kann nicht anders (2016) and continued with Große Erwartungen (2018) and Mahlzeit (2019).

In the middle of the power station is the end. The resignation.

We resign from our performing positions, we resign from our own collective, from our own mechanisms of collective action, and embrace the idea that self-resignation is an act that is missing in society.
There is nothing tragic about it. After all, every end is actually the end of the end.
Nor is there anything tragic about the fact that we can no longer stand before you. Perhaps the only tragedy is that the egalitarian position of spectator and performer cannot be achieved in theatre. We may have believed this before the end. Therefore, we do not want to enter into our/your relationships by pretending that a temporary community is possible theatre. It can only be part of a simulacrum or as part of a game. That’s why we’re not here.
However, we still believe and hope that it is only legitimate to speak about oneself, hoping that this content speaks and addresses more broadly.

In the world we live in, in which reality has taken away from theatre and art the fundamental power to create the unimaginable, it feels right for everyone to consider for themselves the lost gesture of self resignation.