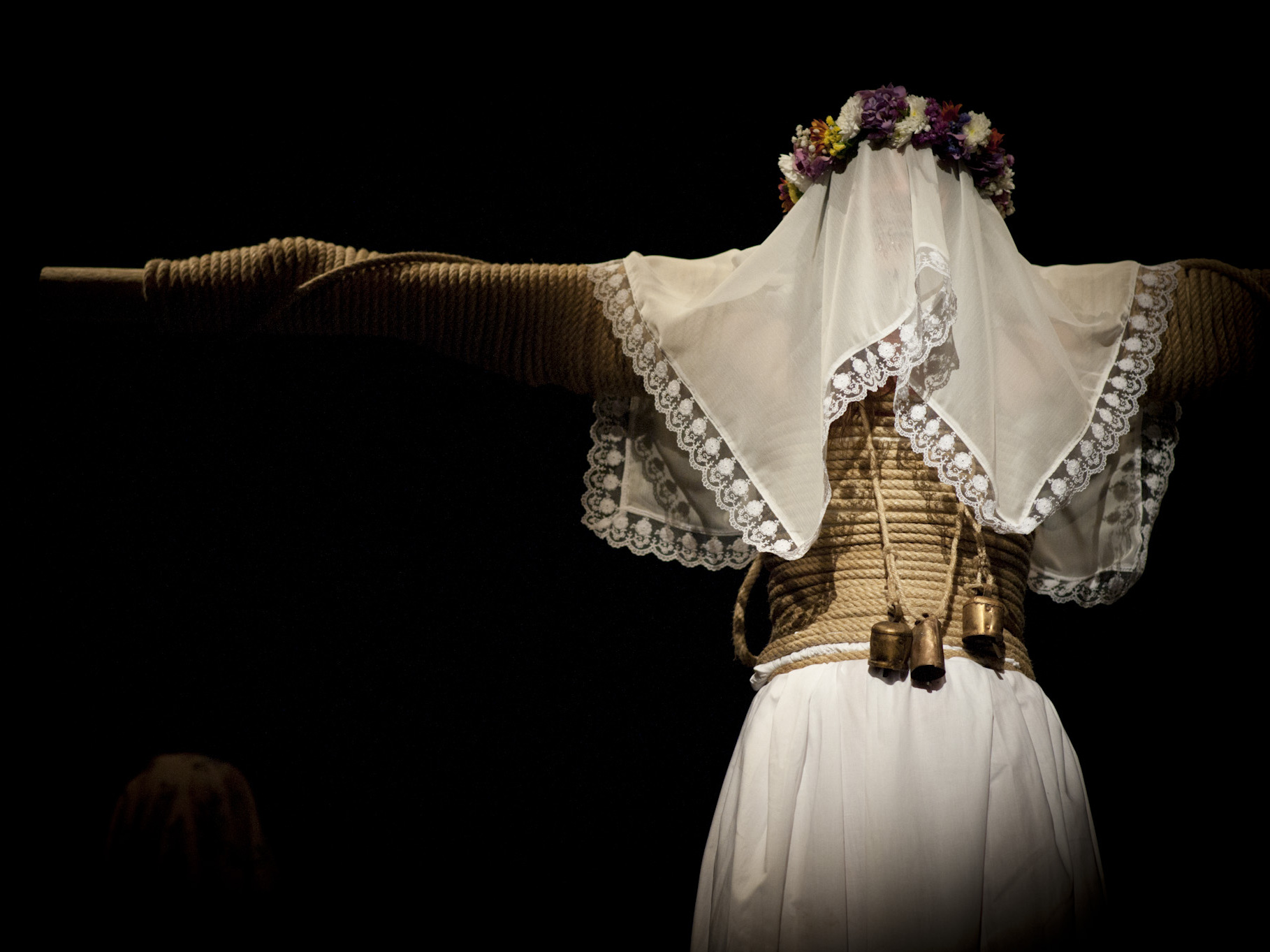 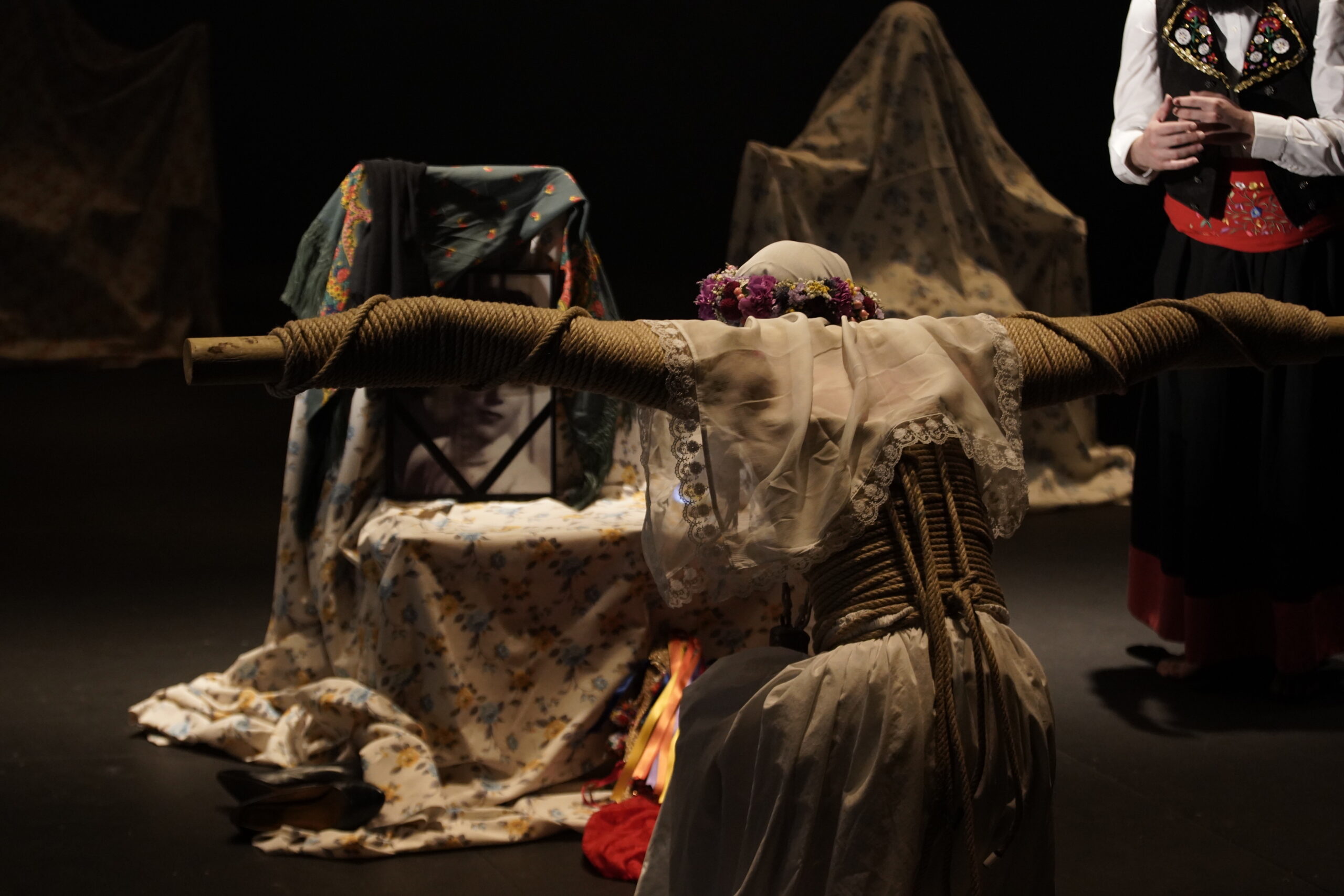 With Una costilla sobre la mesa Spanish theater maker Angélica Liddell erects a monument for her deceased mother.
To do so, she uses two sources of inspiration: the novel As i lay dying by William Faulkner, about a poor family whose mother dies, and photographs of women with covered heads from the nineteenth century. In the performance, Liddell returns to the land of her ancestors: the Extremadura in the hot, traditional southwest of Spain. Liddell feels her mother calling her every night. She creates the performance her mother had wanted to see, with flamenco singer Niño de Elche. Like a carefully crafted shroud.

Angélica Liddell’s theater is political, but also deeply personal. Her motto is to try to transform pain into beauty. Madre is a theatrical, baroque and fiery requiem, in which Liddell gives expression to the love-hate relationship she had with her mother. Together with her performers and a flamenco singer, Liddell creates a ritual of her own, a moving attempt to find the roots of grief.

Angélica Liddell, outspoken in everything she does, and especially in her theater performances.
‘Extremely expressive, incredibly sensitive and radically honest.’ – De Volkskrant

Angélica Liddell climbed from the Spanish underground scene to the international big stages and prestigious festivals such as Festival d’Avignon, Wiener Festwochen and the Venice Biennale, where she was also awarded the Silver Lion. On stage, Liddell rails against the abuses she sees around her, against hypocrisy, against abuses of power.

‘On stage I say the truth out loud. Here the walls of propriety are blown up. Propriety is an obstacle in my work. What I make is a kind of pornography, pornography for the soul.’ – Angélica Liddel