Alessandro Sciarroni: Save the Last Dance for Me 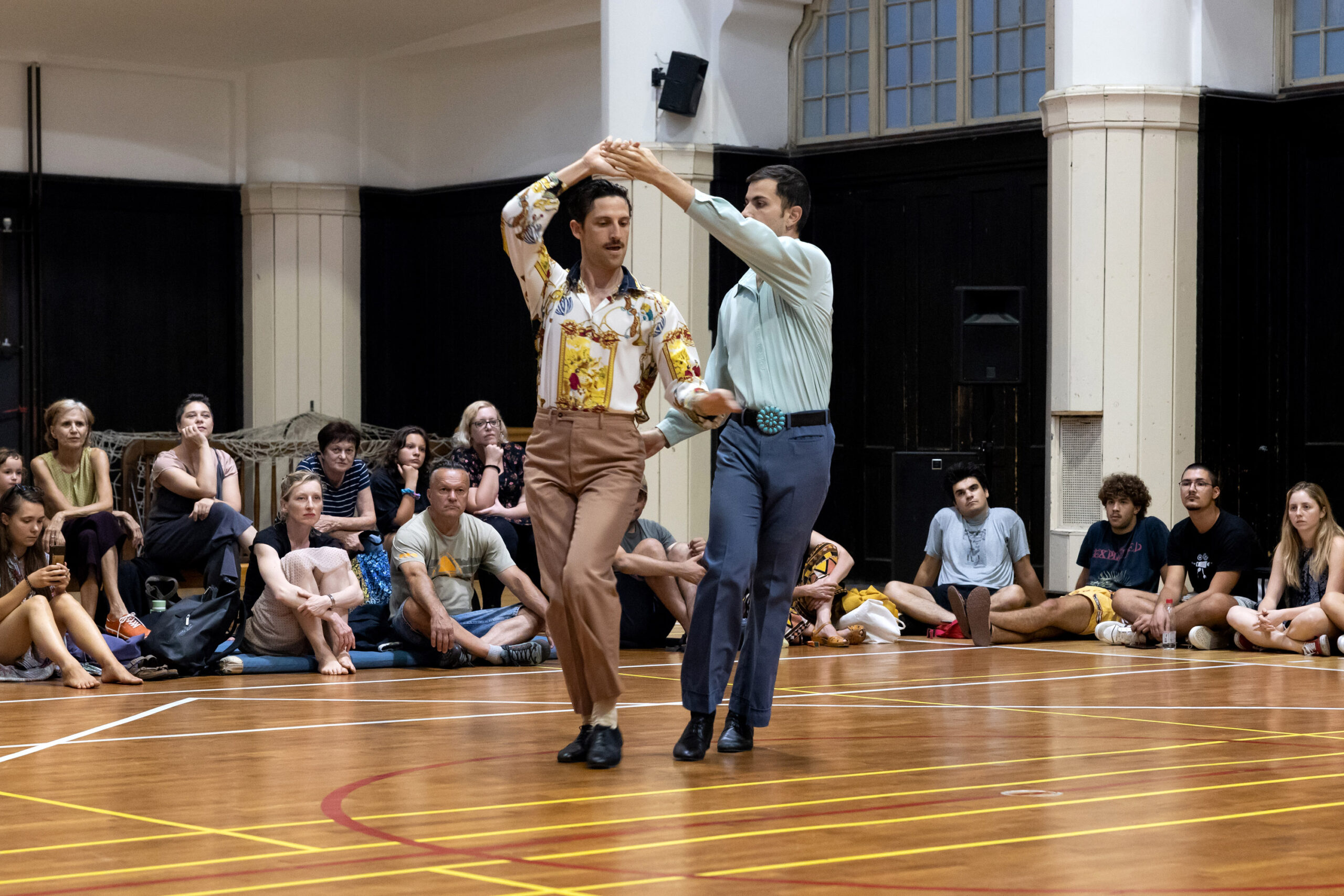 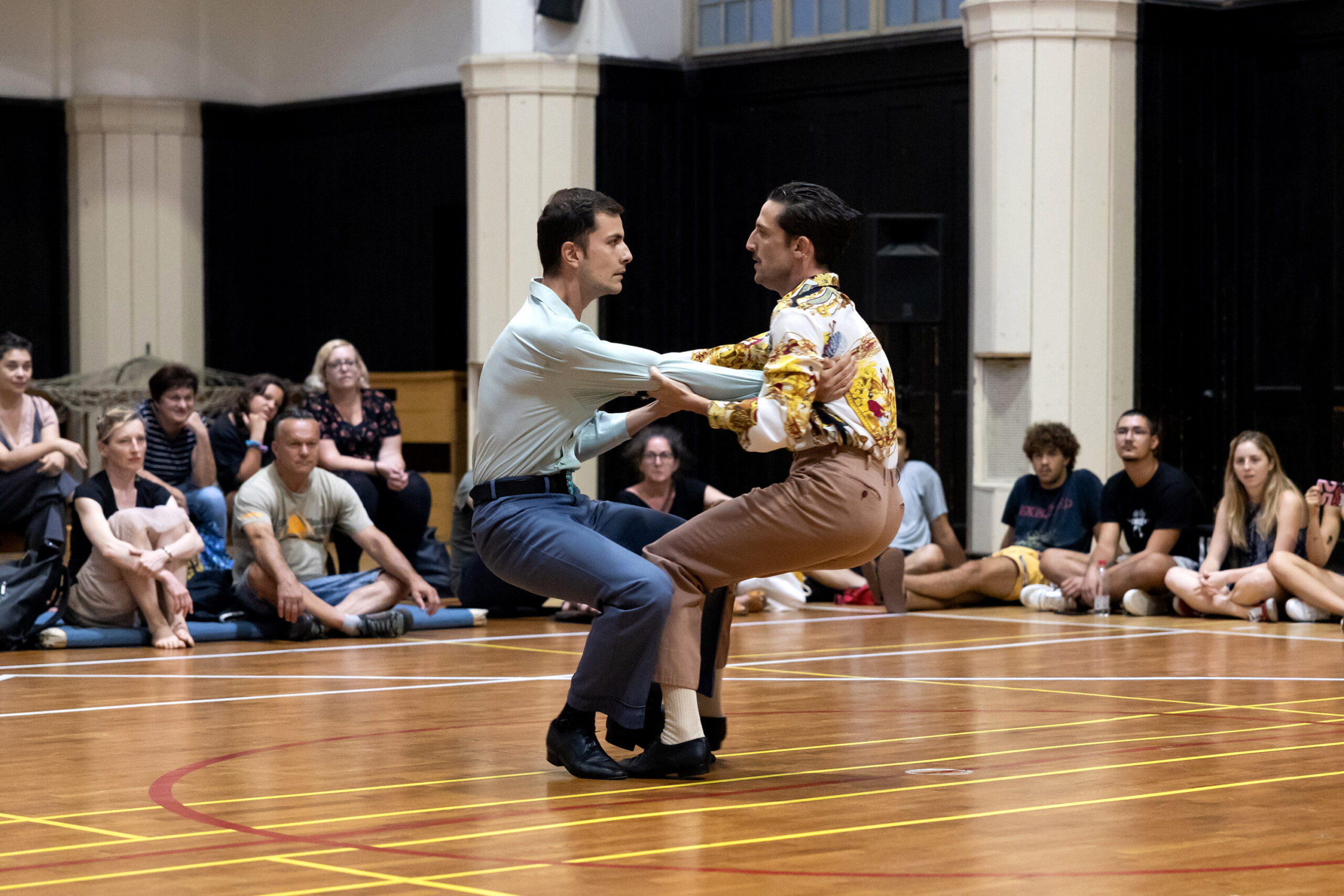 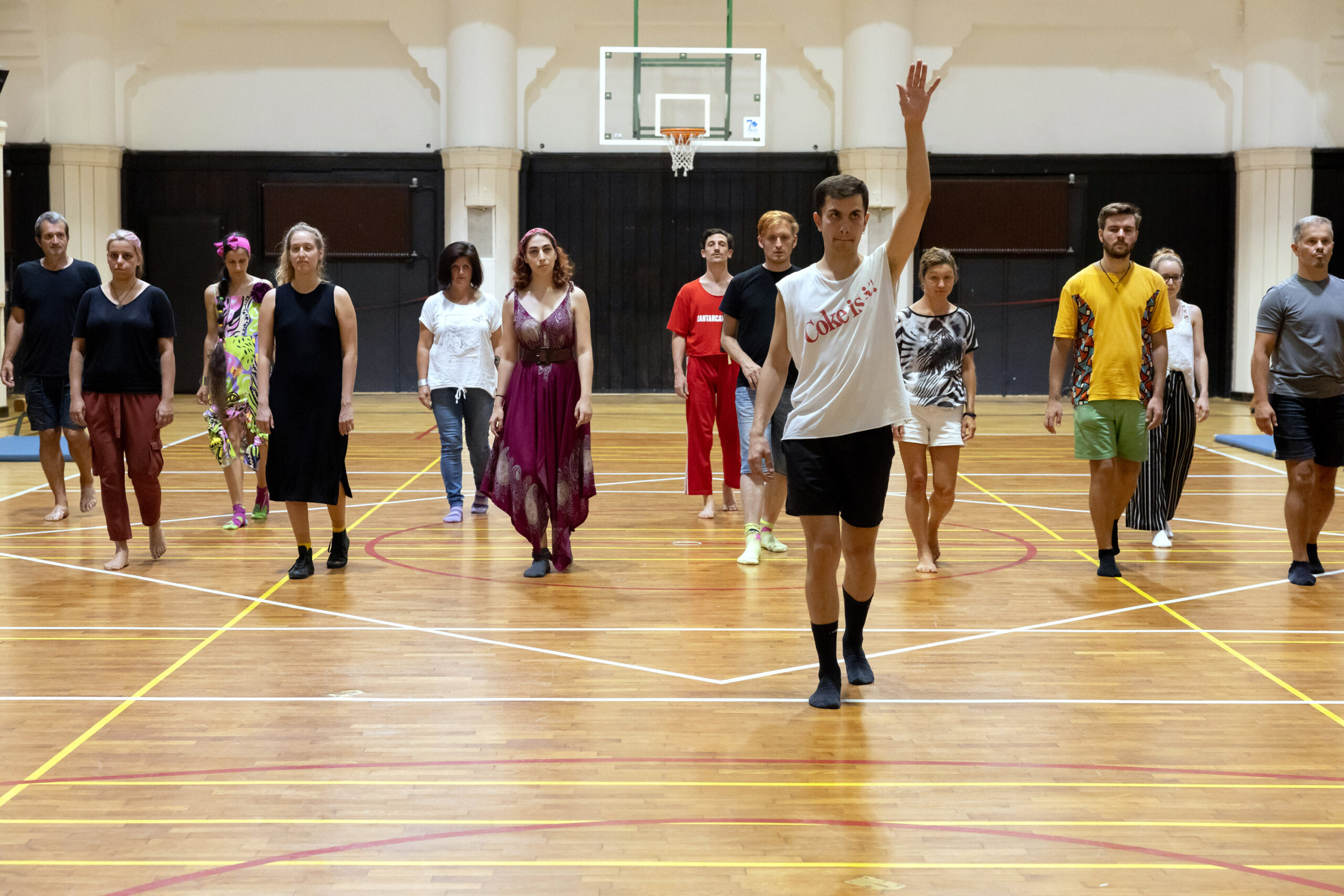 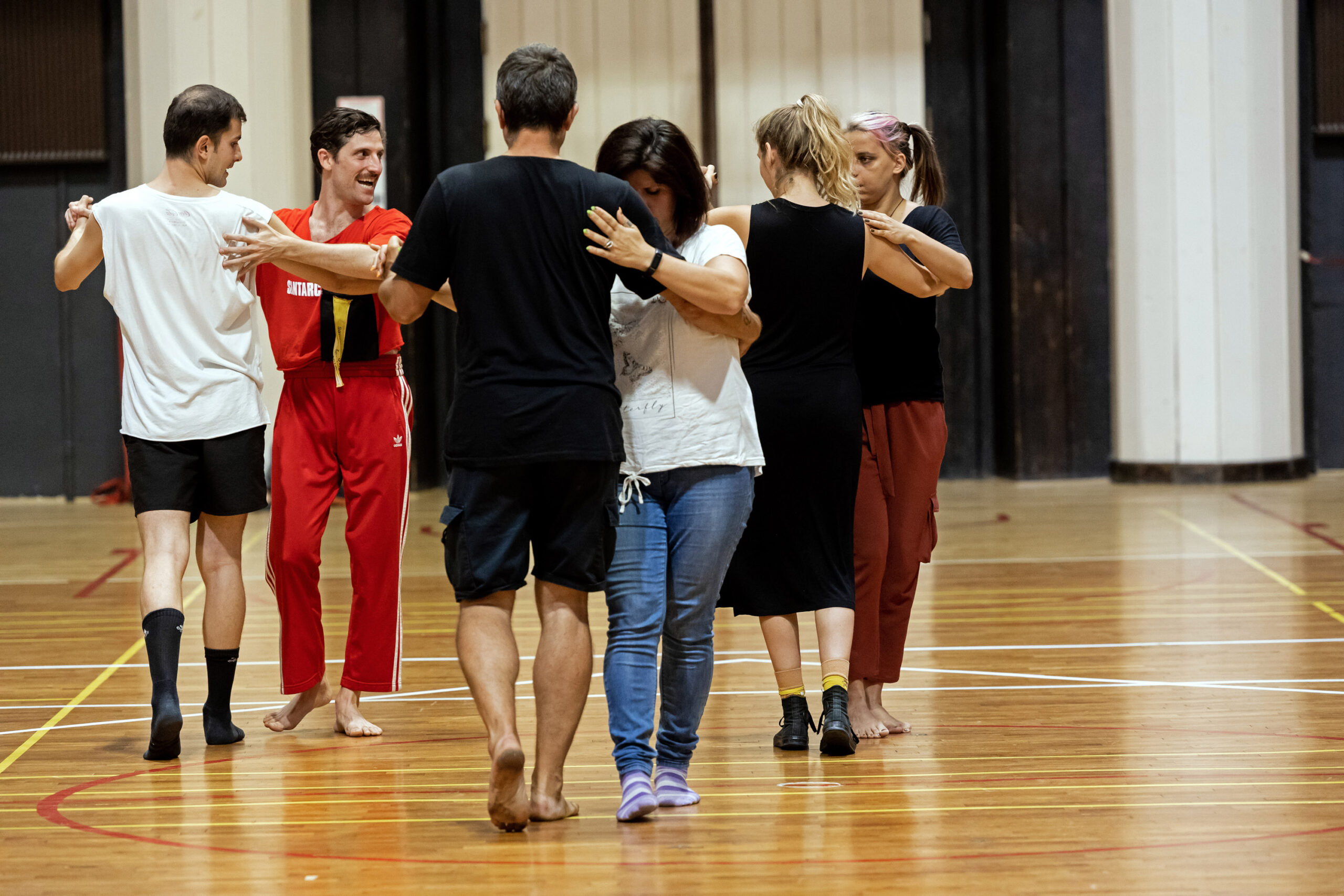 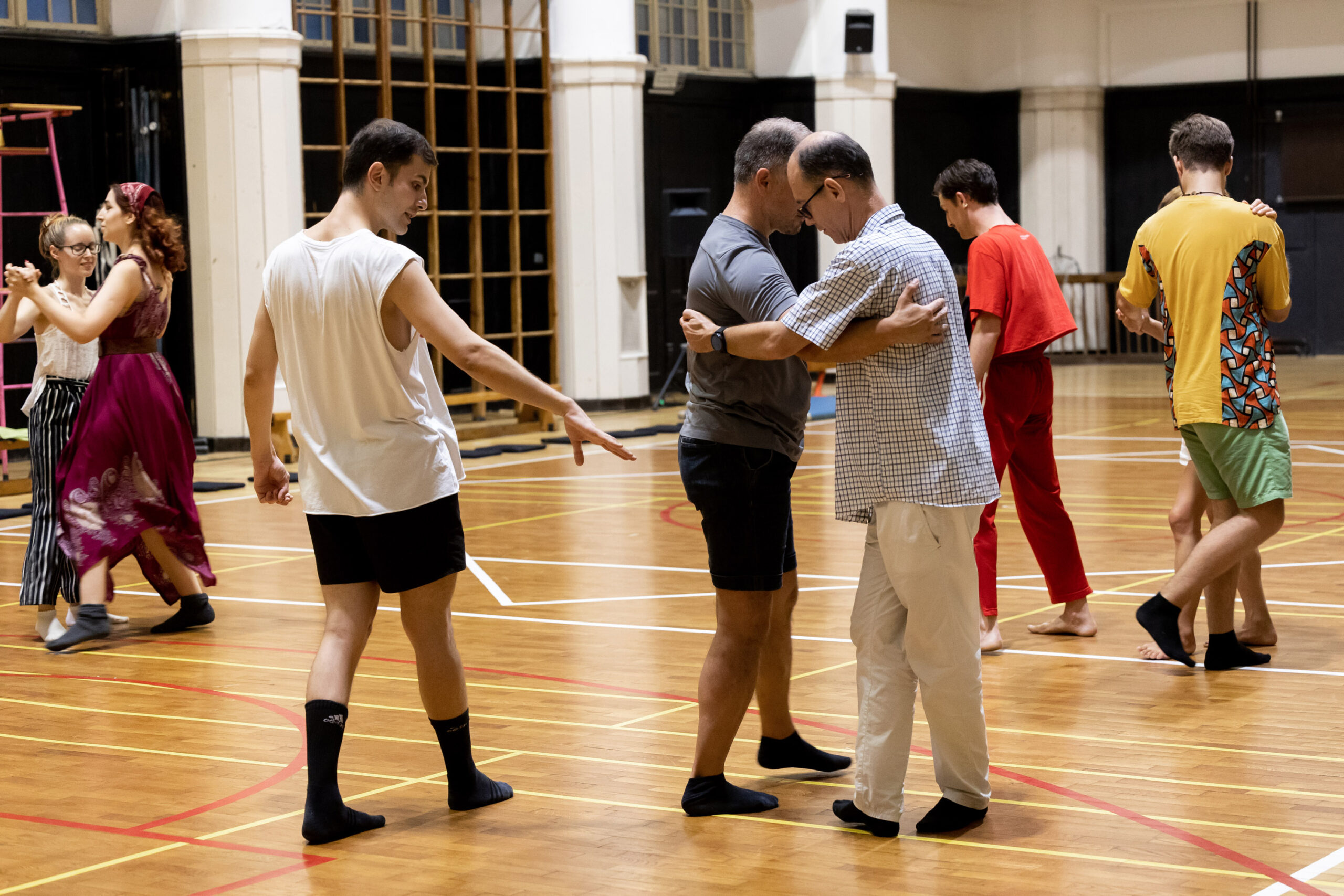 performance and workshop (led by Gianmaria Borzillo and Giovanfrancesco Giannini)

The modus operandi of the Italian artist Alessandro Sciarroni is repetition, but in addition to that, his works constantly feature tension between tradition and modernity. The performance Save the Last Dance for Me complies with the notion of tradition in its most literal sense, as it is based on the Polka Chinata dance – a dance for two male dancers, which was threatened with extinction at the time it was discovered by Sciarroni in 2018, as only five people danced it at the time.

Geographically, Polka Chinata originated in Bologna in the early 1900s as a way of showing off one’s masculinity in front of women, and became an almost competitive activity after World War II. Then it disappeared, until dance scholar Giancarlo Stagni discovered the recordings. Sciarroni went to Stagni’s village every week for six months to learn the steps.

The subversion of tradition occurs in the way the dance is used, as Save the Last Dance for Me is based on trust and the sharing of body weight between two men in a close embrace of Polka Chinata, which is a technically complex activity at the beginning, but quickly turns into feelings, both for the dancers and for the audience.

The performance will be followed by a Polka Chinata workshop led by Giovanfrancesco Giannini and Gianmaria Borzill. The duration of the workshop is 120 minutes, and you can expect an exclusive of the highest quality.

Alessandro Sciarroni is associated artist at CENTQUATRE-Paris and at Triennale Milano Teatro 2022-2024.