Research Centre of the Slovenian Academy of Sciences and Arts

Research Centre of the Slovenian Academy of Sciences and Arts (ZRC SAZU) is the leading Slovenian research centre in humanities and a cutting-edge academic institution in Central, Eastern, and Southeastern Europe. It has a multidisciplinary character; in addition to the humanities, its spheres of research also cover the natural and social sciences. The research network of ZRC SAZU consists of researchers working at eighteen institutes, three of which will be involved in the project. The diverse research areas can be summed up in the study of cultural, social, and natural phenomena, processes, and practices. The results of ZRC SAZU’s work are similarly diverse. These results are visible not only in research and discussion articles, as well as general-interest publications, but also documentaries, promotional films, maps, posters, concerts, exhibitions, and websites.

Dan Podjed
Researcher
Dan Podjed, PhD, is a Research Fellow at Research Centre of the Slovenian Academy of Sciences and Arts, an Assistant Professor for Anthropology at University of Ljubljana’s Faculty of Arts, Read More

Iva Kosmos
Researcher
Iva Kosmos, PhD, works in cultural studies. The core of her interest lays at the intersection of cultural production, art and society; she studies the relationship between the cultural and Read More

Katarina Šrimpf Vendramin
Researcher
Katarina Šrimpf, phD, was born in 1985 in Celje. In 2010 she graduated from the Department of Ethnology and Cultural Anthropology at Ljubljana's Faculty of Arts, since then she has Read More 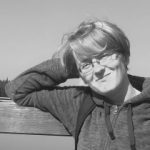 Rebeka Kunej
Researcher
Rebeka Kunej, PhD, is a Research Fellow at Research Centre of the Slovenian Academy of Sciences and Arts, an Assistant Professor of Folklore Studies and Comparative Mythology at University of Read More